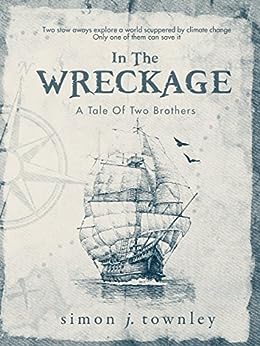 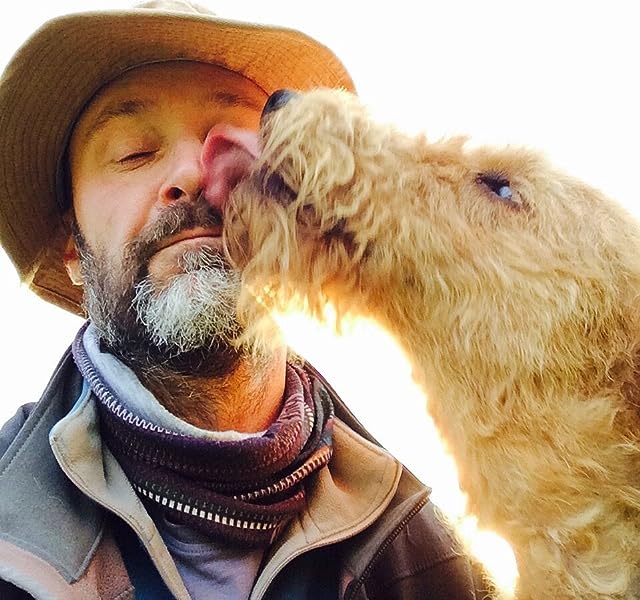 In The Wreckage: A Tale of Two Brothers Kindle Edition

Simon Townley is a British writer and the author of the acclaimed slipstream / speculative novels ‘Lost In Thought’ and ‘Ball Machine’. He has written a range of cross-genre novels for both adults and young adults, including the prehistoric fiction series ‘A Tribal Song – Tales of the Koriba’.

He lives in Devon, England, with a woman, three cats and his beloved Airedale terriers.

Find out more at simontownley.com

Awesome Indies Reviews
5.0 out of 5 stars A TALE OF ADVENTURE AND DISASTER IN A DYSTOPIAN FUTURE
Reviewed in the United States on February 17, 2015
When he was five, Conall Hawkins and his brother, Faro, who was five years older, were left by their parents in the little village of Lerwick on Shetland. Lerwick is a place that time has forgotten, and the world mostly passes by, until ten years later, when ‘The Arkady’ drops anchor and members of its crew come ashore. Conall and Faro meet Jonah Argent, Arkady’s bearlike first mate, and immediately hatch a plan to stowaway on the vessel to go in search of their missing parents.
In the Wreckage by Simon J. Townley is a tale of two brothers on a quest. I received a free copy of this book for review.
The plot is epic, even though it only covers a short period from the time Conall is fifteen. The author paints a vivid picture of the world after the disastrous effects of climate change has divided humanities survivors into small collections of people clinging precariously to islands of habitable terrain. Some, however, have taken to preying on others, and Conall and Jonah fall into the clutches of such a group as he and his brother get closer and closer to finding out what happened to their mother and father.
This is a hard book to categorize. It is part dystopian science fiction, part adventure, part coming of age, with a large dollop of both past history and future prediction thrown in for good measure. A wide variety of characters swirl around, and dip in and out of the brothers’ lives as they press further north in their search. While the main plot is their search for their parents, there are a number of subplots to keep a reader diverted and entertained, as well as the tension between the brothers which is resolved in a surprising twist at the end.
The author’s handling of dialogue of characters from different linguistic groups is masterful. You are shown the differences without having to interpret nonstandard spelling or grammar, making it easy to keep so many characters separate in your mind. The tension builds slowly in this book, but once it reaches a certain point, it shoots up like a rocket, and then gently deposits the reader at the impact point – the end – secure in the knowledge that he or she has been on a worthwhile journey.
I give In the Wreckage five stars. There are a few typos – maybe three or four – but, they do not in any detract from what is a fascinating read.

Vivian
4.0 out of 5 stars Deceptively simple
Reviewed in the United States on September 8, 2016
When I started reading this book, I thought it was just good enough. I think the relatively easy way in which the brothers began their journey to find their parents deceived me into thinking there wasn't much tension.

Soon enough, In the Wreckage became unputdownable. I very much enjoyed the development of the characters, particularly Faro, Jonah and Tugon. I enjoyed the subtle way in which the author builds tension.

Relatively speaking, In the Wreckage is a short novel and can be finished in a sitting or two. I highly recommend it.

I received this book free from Awesome Indies Reviews in return for an honest review.
Read more
One person found this helpful
Helpful
Report abuse
See all reviews

Bumble bee
5.0 out of 5 stars Five Stars
Reviewed in the United Kingdom on January 28, 2015
Verified Purchase
Great read
Read more
Report abuse
See all reviews
Back to top
Get to Know Us
Make Money with Us
Amazon Payment Products
Let Us Help You
EnglishChoose a language for shopping. United StatesChoose a country/region for shopping.
© 1996-2021, Amazon.com, Inc. or its affiliates