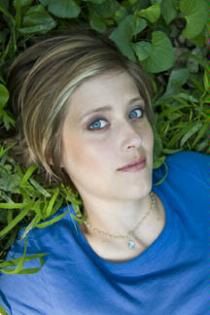 Previous editions of the Now Write! series have focused on nonfiction, general fiction, screenplays, and mysteries. It was inevitable it would get around to sf and fantasy, and why not? As the book’s contributors point out, there are a lot of unique challenges to writing in these genres. The dozens of essays here—some by notables including Harlan Ellison, Joe R. Lansdale, and Simon Clark—tackle such subjects as freelancing for sf TV series; writing interspecies romance; building an internally consistent system of magic; creating a compelling but believable villain; creating a television series; tapping into the most common human fears; and much more. The book’s only drawback may be that, in trying to pack so much into a relatively small space, the editor has selected a lot of very short essays: most of them are only a page or two long, and, in many cases, we’re just settling in, and suddenly we’re already done. A useful but also a tad superficial book. --David Pitt

"Whether you're looking to write the next HUNGER GAMES or conceptualize the next installment of AMERICAN HORROR STORY, the newest NOW WRITE! installment will set you on the path to meeting your goal."
--Renee C. Fountain, New York Journal of Books

Laurie Lamson has four entertainment projects in development with producers and many of the videos from her educational and corporate scripts have won multiple awards. As a filmmaker, she has directed the short films Family Values In The Goddess Years and Eternal Waltz, seven mini-documentaries, an award-winning reggae music video, and a tween music video.

Page 1 of 1 Start overPage 1 of 1
This shopping feature will continue to load items when the Enter key is pressed. In order to navigate out of this carousel please use your heading shortcut key to navigate to the next or previous heading.
Back
Next
Pages with related products. See and discover other items: fiction writing, writing fantasy, speculative fiction, science writing books