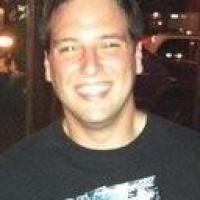 ronb
5.0 out of 5 stars Make WIP your guide to fluency in python
Reviewed in the United States on February 4, 2015
Verified Purchase
One of the definitions of idiomatic is 'conforming to the usual manner of expression in a language.' An idiom is an expression whose meaning goes beyond the usual grammatical rules of a language. When speaking a foreign language, it separates the second year language student from the native speaker. Even a fluent speaker, who has full command of the vocabulary and grammatical rules, will sound wrong unless they master the idiomatic flow of the language. The best way to assimilate the innate feel of a language is through conversation with native speakers.

Since Python is a written language, you need to develop this feeling of the language by reading code written by experts in the language. Generally, you won't find it in the book. But Writing Idiomatic Python is an exceptional book. It will show you how to write python like a 'native'.

I purchased the PDF from the author's website in 2013. It was a 'travel guide' of sorts, while reading the experts' code available at pypi.python.org. It was invaluable in pointing out the 'sights' not to be missed. I have recommended it to several colleagues, and came to Amazon today to purchase a copy for the office library. The book does have a few shortcomings, and I would have given it 3.5 or 4 stars except for sanctimonious, moronic review by Ridgely.

AND NOW THE FLAME...
Ridgely, you're just wrong, about everything! Frankly, I'm tired of seeing programmers try to justify their lack of competence by saying 'program efficiency is unnecessary or even bad.' It is especially irritating when the "premature optimization" quote is used out of context.

First of all, the boolean expression ' 10 < foo < 20 ' is far better than ' 10<foo AND foo<20', not because it is 6 characters shorter or executes faster. Conciseness and performance aside, 10 < foo < 20 is easier to comprehend -- 'foo is between 10 and 20.' Even with 46 years of programming experience in over 24 languages, it takes me a fraction of a moment longer to recognize 10<foo AND foo<20, worse yet is foo>10 AND foo<20 (NDSI Assembler, circa 1977). In my office, I bat clean-up. After decades of refactoring old programs and fixing problems in other programmers' code, I would say, "The single most common program bug is a mangled compound boolean expression." Consider the Java programmer, who is accustomed to writing 'x & y' expecting both parts of the expression to be evaluated. When he directly translates this logic into python's 'x and y', the program will probably fail intermittently, since 'and' may short-circuit the evaluation of y. (When I first saw python's 10 < foo < 20, my inner mathematician wanted to jump up on my desk and proclaim over the partitions, 'Finally, a boolean expression written correctly.')

Secondly, writing concisely is a virtue! Only a Java coder would think verbosity is desirable. (I'm guessing you write Java.) To be concise is to express much with the fewest words -- 'to be brief, but comprehensible.' Three lines of code are easier to 'grok' than five, and one line is better than three, but only if that line is easily understood. If the one line list comprehension is incomprehensible, then use the three or five line for-loop. But if you have not learned to write idiomatic python, you lack the skill to make that evaluation.

I recently refactored 1660 lines of 'javanese python' into 700 lines of idiomatic python. Consider the following three iterations. The first for-loop was written by an intern with Java experience. In comparison, the second is shorter and easier to read, not to mention twice as fast. But if you truly understand python, the list comprehension is instantly recognizable, and it executes in 1/3 or 2/3 the time of the other two.

Finally, you misconstrued and misattributed the quote about optimization. It was Donald Knuth who wrote, "Premature optimization is the root of all evil in programming" (1974 Turing Award Lecture, Comm. of ACM, vol17:12; also Computing Survey, Dec. 1974, pp.261-301). While Dr. Knuth did warn against the abuse of blind optimization, he actually advocated program efficiency as the third measure of a program's 'goodness.'

(from Dr. Knuth's 1974 Turing Award Lecture)
"There are many senses in which a program can be 'good'. In the first place, it's especially good to have a program that works correctly. Secondly, it is good to have a program that won't be hard to change. Both of these goals are achieved, when the program is easily readable and understandable to a person, who *knows the appropriate language*."
"Another important aspect of program quality is the efficiency... I am sorry to say that many people nowadays are condemning program efficiency, telling us that it is in bad tastes. [This is] a reaction from the time, when efficiency was the only criterion of goodness, ...and programmers produced needlessly complicated code."
"... premature optimization is the root of all evil in programming."

(from Donald Knuth, 'Structured Programming with Go To Statements)
"The conventional wisdom shared by many of today's software engineers calls for ignoring efficiency...; but I believe this is simply an overreaction to the abuses ... by penny-wise-and-pound-foolish programmers, who can't debug or maintain their 'optimized' programs. ...a 12% improvement , easily obtained, [should never be] considered marginal. I don't want to ...deny [myself] such efficiencies."
"There is no doubt... programmers waste enormous amounts of time thinking about ... the speed of noncritical parts of their programs, and these attempts... have a strong negative impact on debugging and maintenance. We should forget about small efficiencies ... 97% of the time: premature optimization is the root of all evil."
"Yet we should not pass up opportunities in that critical 3%. A good programmer will not be lulled into complacency by such reasoning."

So what does Professor Knuth want us to learn?
A good program should (in order of precedence):
1. work correctly
2. be easily readable and understandable by a person who *knows the language*.
3. run efficiently without becoming needlessly complicated.
4. only implement confusing, complicated optimization after the critical portion has been identified.

Easily obtained efficiencies, by a programmer who knows the language, should not be ignored. Writing idiomatic code is not premature optimization, it is good craftsmanship, and should be the goal of any professional programmer. A well written program will be concise, therefore easily read and understood, and subsequently efficient in every sense of the word. The true efficiency of a piece of code is not measured solely in memory usage and execution speed, but also the cost of developing and maintaining it.

After all, the idiomatic way of coding comes about through the accumulation of the best practices of expert programmers. They adopt a particular form of expression, first because it is easily written and understood, but it is generally also faster to execute and may use less memory. That is inherent in the design of language. And as these patterns are repeated over and over again, they become easier to recognize. Writing Idiomatic Python is a guide to fluency in the language.

Amazon Customer
3.0 out of 5 stars Too much harmful, not enough info
Reviewed in the United States on July 17, 2018
Verified Purchase
I'm a C programmer who wants to come up to speed on python idioms. This book presents a grand total of 54 idioms in 75 pages; although some of them aren't so much idioms as advice (prefer xrange over range; use named tuples to make tuple heavy code more clear). The info is good as far as it goes, but it really should be an index at the back of the python.org/doc somewhere.

Scott
4.0 out of 5 stars Solid Information
Reviewed in the United States on November 10, 2013
Verified Purchase
I am an experienced developer looking to expand my understanding of more recent python best practices and I picked up this collection of idioms (it would be a stretch to call this a "book") specifically because it refers to python 2.7.

In general, the information presented here is good. I am familiar enough with the content and agree with (and use) almost all of these as is. Where I felt the book could use some improvement was toward the end: what started as a collection of well presented code examples turned into a bit of meandering on code organization which I felt didn't really fit with the prior content or necessarily the topic.

Overall I would recommend this book to a beginner to intermediate level python developer who is comfortable with the language but might not quite know the "best way" or most "pythonic" way to perform specific tasks. There isn't anything groundbreaking in here but most of this information is good to know and probably will save you some trouble as your projects (and data sets) get larger and more complex.
Read more
One person found this helpful
Helpful
Comment Report abuse

lalitp
5.0 out of 5 stars one of the best books on python
Reviewed in the United States on April 5, 2014
Verified Purchase
Excellent read! Very practical & useful advice. The author provides examples for each idiom, comparing it with the non-idiomatic version. I found this aproach to be the best way to improve my python coding skills quickly.
Read more
Helpful
Comment Report abuse

Clyde Layton
5.0 out of 5 stars Good book
Reviewed in the United States on July 12, 2016
Verified Purchase
While I do not agree with all that is stated I do like the content. And yes you can search the web and find these.
Read more
Helpful
Comment Report abuse

Evan
4.0 out of 5 stars useful for Pynoobs like me
Reviewed in the United States on November 4, 2014
Verified Purchase
I come to Python from Ruby, and just needed to get quickly up to speed on Python idioms. This book does exactly that. It won't change your life, and I rarely give out five stars anyway, so hence the four stars.
Read more
One person found this helpful
Helpful
Comment Report abuse