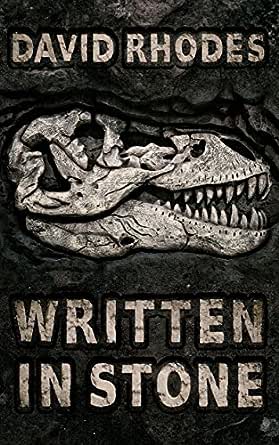 You've subscribed to Written In Stone! We will preorder your items within 24 hours of when they become available. When new books are released, we'll charge your default payment method for the lowest price available during the pre-order period.
Update your device or payment method, cancel individual pre-orders or your subscription at
Your Memberships & Subscriptions
There was an error. We were unable to process your subscription due to an error. Please refresh and try again. 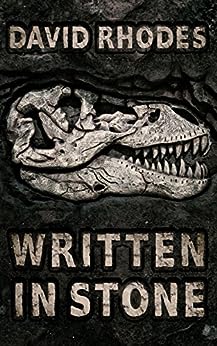 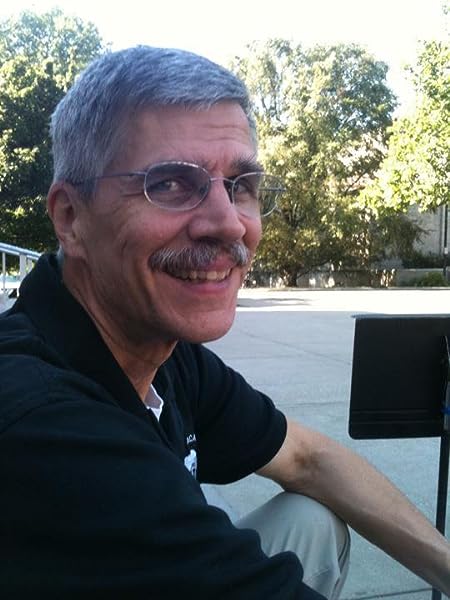 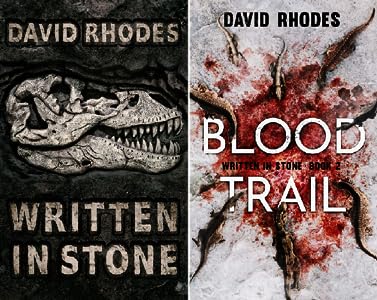 4.2 out of 5 stars
4.2 out of 5
206 global ratings
How are ratings calculated?
To calculate the overall star rating and percentage breakdown by star, we don’t use a simple average. Instead, our system considers things like how recent a review is and if the reviewer bought the item on Amazon. It also analyzes reviews to verify trustworthiness.

V. Welch
4.0 out of 5 stars Dinosaurs! Yea! Awkward Characters -meh.
Reviewed in the United States on October 14, 2016
Verified Purchase
Love dinosaur stories! Once you can ignore the grammar issues that others have mentioned, you can jump in alongside the team. I thought the author had his science down nicely; not so much regarding the characters. I thought many of the interactions were a bit awkward and stilted. One woman appears to be a ditz but later turns into a math genius, one is a total bad ass but redeems herself by her end, the Neanderthal is secretly studying, the billionaire is awkward and shy, but never locks his doors and the science guy is totally enamored with the ditz upon the first meeting. After a while I just ignored all that and read for the dinos and the plot. Predictable twist three quarters of the way through when all but the bad guy stepped outside the cage. Still, I enjoyed the excitement and could definitely see this as a movie with a bit of work on the characters.
O, I was a bit annoyed with all the lecture moments, in which the author felt he needed to explain various issues. If you love paleontology, you already know about the Brontosaurus/Apatosaurus issue, Continental Drift, etc. etc. I guess it helped those who are on the fringe of the dinosaur world, but it would seem that 90% of the readers of this book would be dinosaur lovers already and be very familiar with those points. I could be wrong about the readership, though.

mblueboy
5.0 out of 5 stars A unique take on time travel
Reviewed in the United States on November 23, 2016
Verified Purchase
This is one of the more imaginative and well written science fiction books I have read in years. Mr. Rhodes covers a wide variety of subject matter and historical time periods in a very believable style without letting the story drag. The character development is good and I enjoyed getting to know most of them quite well. The plot is well developed and the pace is well managed. I found it difficult to put the book down each time "life" interrupted my reading. If I had any criticism of the book it would be that the detailed descriptions of the various species of dinosaurs, while interesting initially, became somewhat irritating in its detail as the book proceeded, and at times delayed the flow flow of the action. Despite this small issue it was a fun read and I will be looking for more opportunities to read this author.
Read more
8 people found this helpful
Helpful
Comment Report abuse

Rosemary56
4.0 out of 5 stars Written in Stone - a review by Rosemary Kenny
Reviewed in the United States on August 26, 2018
Verified Purchase
In a fascinating mix that will wow fans of Back to the Future, Jurassic Park and even HG Wells' early film The Time Machine, David Rhodes tells the tale of the MC, a young scientist called Charles Dawson. Other MCs are Professors Ron Fontana and Ray Taggit who, with their Teams are both involved with the time machine's creative process.

The naive young hero's elected to 'test drive' a newly invented time machine. When something goes wrong and he's marooned in the Jurassic era, Dawson's inspired to write a message in the river mud before fleeing for his life from a hungry predator.
So far, so good - an interesting premise for a novel that would be a 5-star one for me with a little more editing, until the following questions rose in my mind:
a) How do the scientists happen upon Dawson's plea for help in the mud?
b) How are they able to work out what time-period he's actually in, as the machine was clearly
faulty/tampered with?
c) Was the machine programmed to go to the 'Dino-era', or somewhere else originally?
d) Did the Machine return to the laboratory? (if so, why not send someone else, back to get Dawson,
using the same settings already programmed in)?
e) If it didn't return, but went somewhere else, how would they communicate with Dawson?
f) If Taggit was so hell-bent on getting specimens, why didn't he go himself in the first place,
rather than Dawson?
The amount of dino-talk, though initially interesting, soon became lecture-like and more suited to an educational text book rather than a novel that, (despite the rather 'flat' interaction between slightly undeveloped characters) would make an excellent action movie.
Buy your copy today and see how time will fly when you enjoy David Rhodes' Written in Stone!

Kindle Customer Rebecca
5.0 out of 5 stars A well thought out Dino-thriller.
Reviewed in the United States on October 19, 2016
Verified Purchase
I almost put it down, but then realized why. I wanted to hurry up my reading because there was a lot of detail helping the reader - me - expand my mind. I was reading to accomplish one thing: finish the book. When I slowed down enough to enjoy, I found myself wanted it to never end. Why, you ask. The details described within these pages are top notch amazing. I swear I was there. 😱 The characters were right on personality appropriate. The ending was not expected. It deserves more than 5 stars.
Read more
7 people found this helpful
Helpful
Comment Report abuse

Rick Rogers
5.0 out of 5 stars This one delivers
Reviewed in the United States on October 15, 2016
Verified Purchase
I was a little worried at first. The author takes the first 10% or so to set up the plot. Once it gets going though it is a sound plot and full of action. Well written. Very interesting.
Read more
6 people found this helpful
Helpful
Comment Report abuse

Socalori
4.0 out of 5 stars Not the same old dinosaur story
Reviewed in the United States on July 24, 2019
Verified Purchase
I enjoy a good dinosaur tale and I enjoy a good time travel story... This has both, with enough surprises and suspense to make for a fun and interesting read, and has a satisfying ending that does not need a sequel... But there is one, of course, which I might read but don't have to, to have closure for this story.

This growing trend of having endless sequels to what would have been a good novel on its own, is exhausting... What ever happened to letting our imagination take flight after a enjoyable read?
Read more
Helpful
Comment Report abuse

Tommy Elliott
5.0 out of 5 stars If you like dinosaur thriller books then you will like this one.
Reviewed in the United States on February 7, 2020
Verified Purchase
If you liked Jurassic Park & the Lost World you will like this. It is different, because of the time travel, but it was still a good story with characters that you will root for. I am starting on the second book in the series "Blood Trail".
Read more
One person found this helpful
Helpful
Comment Report abuse

Bergerhoo
5.0 out of 5 stars Fun Read
Reviewed in the United States on June 8, 2018
Verified Purchase
I enjoyed escapism, and dinosaur books. There always has to be a suspension of disbelief however, to make it enjoyable for me, and David Rhodes certainly did that with this book. I enjoyed the character's development throughout. I also enjoyed science of the book. I found myself looking up different terms and names of the different creatures.

It’s a good one, get it.
Read more
One person found this helpful
Helpful
Comment Report abuse
See all reviews

Bill TKD
3.0 out of 5 stars Unsatisfying
Reviewed in the United Kingdom on December 19, 2018
Verified Purchase
The premise (leaving a message to be found millions of years later) is amusing but occupies little of the story. The rest is mainly a catalogue of dinosaur species interspersed with bitching between team members. Time travel is far-fetched enough (partly because the earth will be somewhere else, far away, even if you only travel back an hour). However, jumping millions of years at a time and just happening to land when the extinction asteroid is about to hit…?
Read more
Report abuse

Lew Wichlacz
5.0 out of 5 stars Brilliant read
Reviewed in the United Kingdom on December 15, 2016
Verified Purchase
Great story ,great read would recommend this to anyone good cross between natural history and sci fi looking for more from the same author !
Read more
Report abuse

Rob Carr
5.0 out of 5 stars Fantastic read
Reviewed in the United Kingdom on January 5, 2016
Verified Purchase
Great story and characters in this wonderful time travel adventure that pits man against dinosaur. Who will win? Relentless pace of story kept me reading non stop.
Read more
One person found this helpful
Report abuse