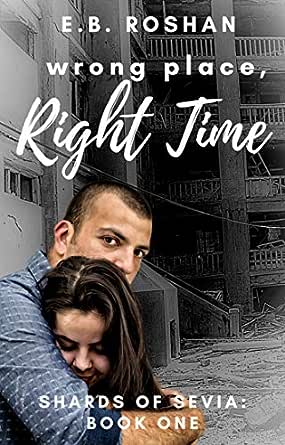 You've subscribed to Shards of Sevia! We will preorder your items within 24 hours of when they become available. When new books are released, we'll charge your default payment method for the lowest price available during the pre-order period.
Update your device or payment method, cancel individual pre-orders or your subscription at
Your Memberships & Subscriptions
There was an error. We were unable to process your subscription due to an error. Please refresh and try again. 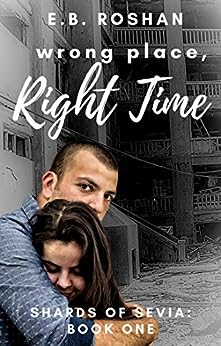 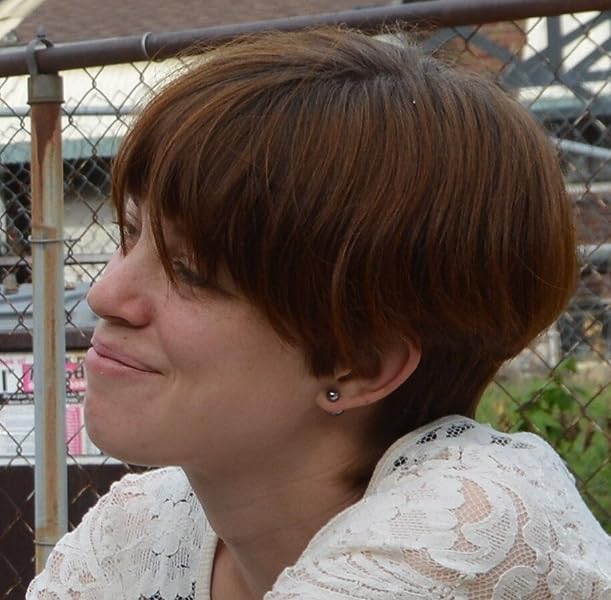 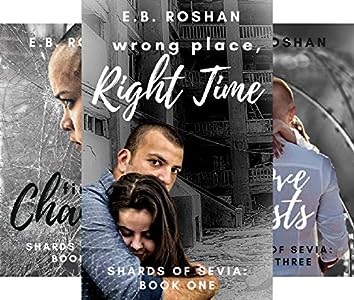 C
5.0 out of 5 stars A Touching Romance
Reviewed in the United States on June 2, 2020
Verified Purchase
What a remarkable first attempt by a promising young author! I must say that I was impressed and look forward to more fine works from this writer.
Read more
Helpful
Report abuse

Grace A. Johnson
VINE VOICE
3.0 out of 5 stars Romantic Story Amidst the Trials of War
Reviewed in the United States on December 6, 2020
E.B. Roshan has written a relatable story in a place of her own creation. In Wrong Place, Right Time, she explores the emotional conflict raging within the hearts of several different characters during the trying time of war. Wrong Place is not my typical preference of story. Yes, it is very much a romance, but set within a fictional country in the modern-day time period. It is set in the middle of a dystopian-esque, war-torn nation and rife with emotional highs and lows--all of which guarantee a moving story. While her short novel (only 162 pages in print and about 18 chapters) has a great amount of potential, I feel several areas were lacking and others were not, making for an imbalanced story.

(And, yes, I'm dispensing of the stream-of-consciousness nonsense and attempting to makes sense with numbered lists...again. We'll see how that turns out. 😉)

Pros:
#1 Roshan doesn't shy away from anything on the interpersonal/romantic level. Our hero Boris is not your average alpha male. For one, his name is Boris. Not exactly screaming sexy Regency buck, right? He's a little soft in the waistline, smells like onions, and is almost always drenched in grease. He's got his internal issues, too. He's broken (aren't we all?). And so, yeah, my "I love macho alpha males with six-packs" side was a little disappointed...but I really do appreciate the fact that Roshan didn't conform to the idea of what a strong, loveable hero should look (or read) like. She didn't make a romance novel hero--she made a character. And there is a lot of difference between the two, believe me.

#2 She also takes the time to bring out a powerful message in her story. War isn't easy for anyone--and that shows quite well. People deal with anxiety, hatred, murder, brokenness, loss, rejection--and not just during war but in our everyday lives as well do we wrestle with these issues. I like that she didn't gloss these subjects over and that she used God's Word as a tool to bring them to rectification.

#3 Roshan's prose was interesting--and I'm getting to that--but I do appreciate the balance she had between description and...not description. I was able tp picture places, people, and things without being overloaded by detail. Which brings us to our next section:

Cons:
#1 At times, her prose was stilted. Things happened in simple, choppy sentences; and while this easily conveys the action or point being made, it does not do so smoothly. I often missed the emotion in the short, concise sentences, especially in moments of trial or immense joy.

#2 Roshan invents a country all her own to nestle between countries in our real-life world. It was easy to tell that her story was set in a modern period Slavic country (presumably not too far from Russia), I gathered nothing else. There was no backstory about Sevia and Tur, which made the conflict seem less...frightening, when I had no idea why the Sevians hated the Turs or what was going on with the government or how the country was laid out, etc. I would have liked to have some backstory evenly dispersed throughout the story, as well as some indication of what their language sounded like. Did they speak a Cyrillic/Slavic language or one completely separate? It would have also been nice to have actually read some of their words and had a little more description of what their culture was like (or maybe it's a reflection of some Slavic culture and I just need to get my head out of Europe and do some research...).

#3 There were a couple cuss words. For the story to be going along smoothly in the middle, there was some language at the beginning and the end. Had I not promised a review, I would have put the book down simply because of that. When the book is labeled "Christian fiction," I expect clean, wholesome fiction. Not profanity--no matter how large or small an amount is present. Also, it would've been nice to have had a heads-up in the age department. While the rest of the story is fine for a young teenager to read, the language rates it PG-13 and makes it less accessible for a younger audience (like my fifteen-year-old self).

Long story short (or, well, short story short), I think most of my issues with this story stemmed from it being so short. Had it been the length of a full novel (i.e., over 80k and maybe closer to 30 chapters), there would have been more background present, a deeper, more believable romance story, and (possibly) more action. Since the story was set during wartime, I would've liked more action/adventure directly relating to the characters. While I do appreciate the attention Roshan paid to the internal forces of her story (like anxiety, bitterness, unforgiveness, and romance), I would have liked the same attention paid to the external forces. Throw in a few more chapters, stretch things out a little bit, maybe give Anna and Boris more personality in their perspectives, and I think it would have been fine. The message was presented well, and that is the important part.

Kristianne Hassman
3.0 out of 5 stars A Short but Sweet Story
Reviewed in the United States on January 19, 2021
I didn’t like this book as much as the third one, Love Costs (which I actually read before this one), but it’s still a sweet story, though quite short!

Characters: I liked Boris and Anna . . . kind of. They’re definitely sympathetic. I liked that Boris was honest and real and that Anna was gentle, understanding, and patient. But their character arcs felt too shallow. Anna had almost no flaws, and while Boris struggled with forgiveness, it was completely understandable and didn’t feel like a major shortcoming. Granted, the book was too short for serious character growth, but I would have liked more depth to both of them. They felt a little too perfect, their lives a little too average. And while there’s nothing wrong with average characters, they needed a little more uniqueness and depth to be truly interesting.

The book was also a little lacking in the romance, despite being in the romance genre. Boris and Anna’s relationship felt a little rushed, although that’s probably because the book is too short to really develop it. I appreciated that the romance was clean, but I would have liked a little more connection and spark between them. At times, their relationship felt more like that between a brother and sister, not really romantic.

Plot: I liked that the book started in medias res, pulling me into the story. But even though the story was interesting and kept me reading, it was rather predictable. Nothing really took me by surprise.

Worldbuilding: I would have thought that since this was the first book in the series, there would be a little more background information about the fictional city of Dor and about the Turs and Sevians. However, there was surprisingly little explanation. It would have been helpful if the author had laid more of a foundation—explaining why the Sevians and Turs are so against each other and why they are both living in Dor in the first place. Honestly, I still don’t have a clear idea as to why this war is happening. The tension and warfare, however, felt very realistic and was well-described without being graphic.

Content: D*** is used a few times. There is some violence—two people are shot and killed and a factory is set on fire, but none of it is graphic.

Prose: The author has a very smooth writing style that is easy to read. I especially enjoyed her dialogue. It felt very natural.

This book is a sweet read, but it’s too short to be very deep, and the romance is not all it could have been. But it was still fun to read, and if you’re a fan of Christian suspense romance, this might be the book for you!
Read more
Helpful
Report abuse

K F Barr
5.0 out of 5 stars Romance Amidst Struggles
Reviewed in the United States on June 29, 2020
Reviewer's Note: I received a free copy of this ebook in exchange for my honest review.

The plot kept me turning pages. The characters captured and held my attention. The characters were realistic, and I cared about them and what happened to them. My heart ached for Anna and Boris as they struggled with their environment and their feelings for one another.

The story was very well written. Though it was a story about hatred and violence, the violence was not overly descriptive or gory.  It did not need to be, to touch the reader's heart and help the reader understand the setting and what was happening. I also liked how Roshan showed that hatred is a choice and no one has to allow it to consume them.

E.B. Roshan wrapped up the ending quite nicely, but even so, I was sad to finish the last page and say goodbye to these characters.

I really enjoyed this story and highly recommend it to anyone who enjoys a well written story filled with struggles and different types of loving relationships.
Read more
Helpful
Report abuse
See all reviews