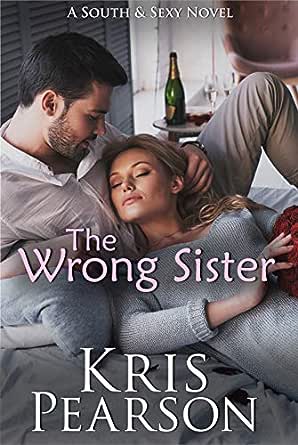 You've subscribed to The Wellington Series! We will preorder your items within 24 hours of when they become available. When new books are released, we'll charge your default payment method for the lowest price available during the pre-order period.
Update your device or payment method, cancel individual pre-orders or your subscription at
Your Memberships & Subscriptions
There was an error. We were unable to process your subscription due to an error. Please refresh and try again. 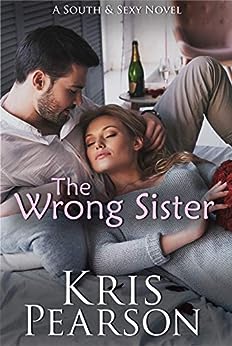 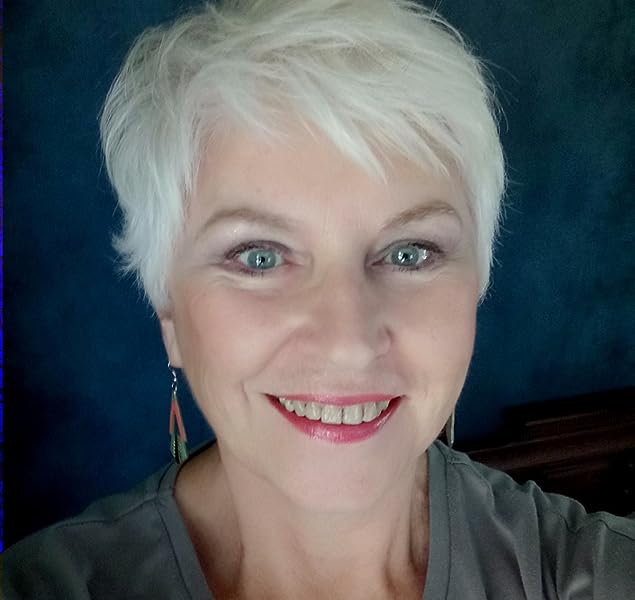 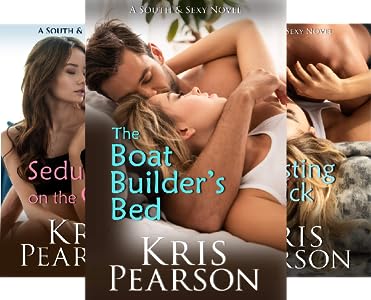 'Pearson's latest sizzles with passion and misconceptions as two souls struggle past social conventions to the love on the other side. Readers will relish the characters and will be praying that love will in fact triumph over convention. As Fiona and Christian struggle against it, their passion spills over, burning both of them in the process.'
4 Stars HOT.
Sabrina Cooper, RT Reviews
Read what these genuine Amazon reviewers say about The Wrong Sister -
'Kris writes a perfect book every time.'

'Be prepared for some love scenes. But honestly, sometimes they do add to the
storyline - right?'

'Their yearning for each other, and trying to resist that powerful pull, has made an
intense and emotional story.'

'I fell in love with this story. Could NOT put it down.'

'Magically woven into an amazing story of hot sex, respect, and going for what you want.'

'This book was fantastic. Loved every minute of it.'

'A celebration of love and desire.'

I like gently pushing the boundaries in my novels. In 'Out of Bounds', there's a whiff of incest. In 'Seduction on the Cards', my heroine has a gambling problem. In 'Resisting Nick', my teenage hero could barely leave under-age Sammie alone. (A good thing they both grew up before the book started!)
In 'The Wrong Sister', I've explored the attraction between a sister and brother-in-law. Nothing unacceptable. No giving in until it's legally possible. But it makes for an edgy story with a lot of yearning and delayed passion.
My hero Christian loved his wife Jan dearly, but he was so drawn to his sister-in-law Fiona that he knew he had to get right away whenever she visited.
For her part, Fiona sensed the crackling tension, and became super-aware when Christian was present. And then Jan died. Everything was now possible. Except, of course it was now even less possible.
Join Christian and Fiona as fate traps them in his luxurious cliff-top home in Wellington, New Zealand. Temptation assails them at every turn, but they need to resist. What they both want is far too much and far too soon. This time it's Fiona who leaves, but there are still a few weeks before she's due to resume her cruise-liner job on the other side of the world...

He drew the robe up her arms and settled it over her shoulders, then stepped around and sat on the bed so he could wrap first one side then the other over her body. Her dangerous breasts were only inches away from his lips. With every ounce of self-control he could find, he ignored them, smoothed the sash around her, and began to tie a careful bow.
"I feel so responsible for your injuries," he said, raising his eyes to hers.
"My fault - not yours at all," she countered. "I shouldn't have gone near the doorway."
"I should have pulled you back in time."
He emphasized the action by sliding his hands around her waist and giving her a gentle tug toward him.
And Fiona stumbled forward one unexpected step so she stood right between his parted thighs, knees pressed against his groin.
Reacting instinctively to the intimate contact, Christian snaked his arms around her, holding her captive so he could lay his cheek against her warmth and softness.
He barely believed it when Fiona smoothed her palm down past the ridge of his cheekbone to stroke his face, laid her other hand on his shoulder, and then curled it around his back so she could draw him more tightly against her.
"Poor Christian - you've had a lot to bear," she murmured as she rocked him gently to and fro.

I love words, and I use them to make theworld a happier place by creating people who are perfect for each other -although maybe they can't see that to start with!

I began writing at my local radio station in New Zealand. After living in Italyand London I returned home and worked in TV, radio again, several advertisingagencies, and then spent happy years as a retail ad manager. Totally hooked onfabrics, I followed this by surprising everyone and going into business with myhusband as a curtain installer and working for some of the capital city's topdesigners. Good for my body, and it freed up my brain to write fiction. Intwenty years I haven't fallen off my ladder once through drifting into romanticdreams, but I've certainly seen many beautiful homes and met wonderful people,and I may just have stolen glimpses of them for the books. (I didn't say that,did I?)

If you love contemporary romance in exotic settings, that's what I write.They're mostly sexy stories about couples who fall in love and into bed alongthe way, just like real people do. I'm the author of sixteen novels, three ofwhich were finalists in New Zealand's Clendon Award. Each can be read as astand-alone, but some make up linked series. I hope you enjoy them all.