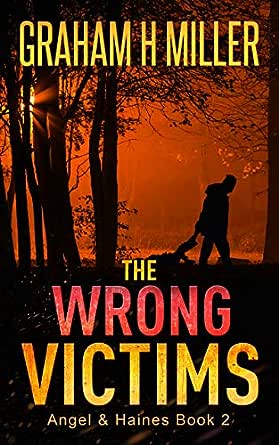 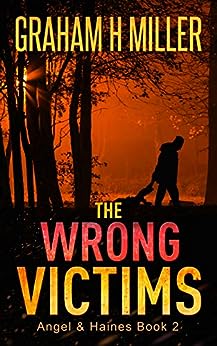 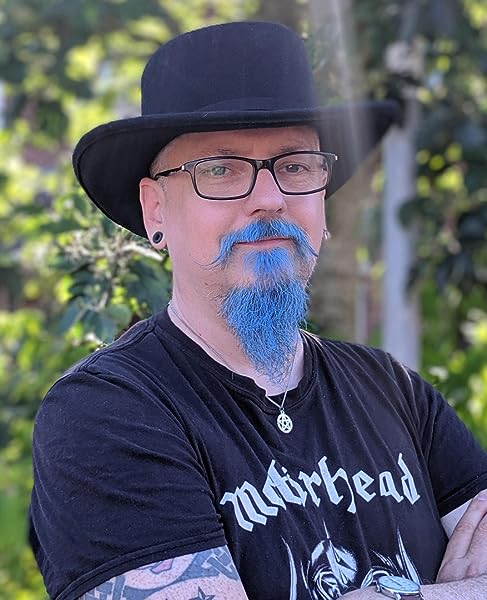 coccotoro
4.0 out of 5 stars Well Written Crime Series
Reviewed in the United States on March 28, 2020
THE WRONG VICTIMS (Angel & Haines Book 2) is a murder/mystery in a brand-new crime series by author Graham H. Miller. The new police procedural series has it all; well-paced plot with interesting multi-developed characters and a gutsy main protagonist. The novel is set in the town of Bradwick in the UK.

The Novels in the Series include:
The Retirement Party (Book 1)
The Wrong Victim (Book 2)

The Wrong Victim picks up from the fall out of the raid on the warehouse that had gone so wrong in The Retirement Party (book 1). While this book could be read as a standalone, as the author provides explanation to fill in the gaps, I would suggest reading the books in sequence to gain a better appreciation of the growth of the characters.

In The Retirement, DCI Rob Haines had been promoted to superintendent, a desk job and had agreed to take the heroine, DC Emma Angel, the new recruit under his wing in CID.

Bradwick had a drug problem as well as a serial killer targeting teenage girls. DCI Rob Haines had been doing everything possible to protect Bradwick, but it pushed his team to the edge.

The raid on the warehouse had gone so wrong. DC Emma Angel had been through a traumatic event and now returns to work after being investigated and cleared by the Professional Standards for any wrong doing. Her boss, DCI Rob Haines is off on medical leave after suffering tremendous injures and no memory of the night. It is the end of his career. Emma had saved his life.

Now Emma must work in a new team, not sure who she can trust; a new boss who had been asked to come back for six months to set up the new team on the right path, and a DS is a woman that is only interested in pursuing her career opportunities.

Tension mounting as both Emma and Haines hides secrets that they are afraid will be revealed.

A ruthless murderer is stalking the streets of seaside town Bradwick. With her department in chaos, Emma Angel has promised her boss that they can catch him, but he kills at random in a variety of different ways.

A chambermaid walked in to a motel room to find a male body that had been staged so that it appeared to be sitting up in bed, leaning against the back wall. The head was fixed to the wall. Setup to mimic a human puppet with wiring.

DC Emma Angel needs to catch a killer who leaves no clues.

This new fast-paced well written crime series will be well received by a wide audience. The characters are well developed and Emma is a strong female detective. Lots of twists and turns. Sit back and enjoy!

Many thanks to the author, and the The Book Club Reviewer Request Group (FB) for my digital copy.
Read more
Helpful
Comment Report abuse

booklover
TOP 1000 REVIEWER
4.0 out of 5 stars Riveting
Reviewed in the United States on March 26, 2020
Many thanks to the author for the digital copy of this crime fiction/mystery. Read and reviewed voluntarily. opinions expressed here are unbiased and entirely my own.

When the hotel housekeeper knocks on a guest's door, she gets no answer. Waiting a moment in case the guest is in the shower, she knocks again. No response .. no Do Not Disturb note... she opens the door and is greeted by something that will forever remain in her mind.

A man is sitting up in bed, covered in blood. He turns his head and opens his eyes looking directly at her. The his body falls across the bed .. but his head is still attached to the headboard.

DC Emma Angel returns to work after being cleared for wrong-doing during a drug raid. She escaped the hatchet, although most of her department have been fired, suspended, charged with crimes. Her boss at the time (DCI Rob Haines) suffered horrendous injuries and while he survived, he has no memory of that night. He has yet to be questioned, but still remains on medical leave.

Working with a brand new team, Emma needs to go against her natural instincts without knowing who she can trust. Her new boss doesn't seem to think along the same lines as Emma, and a new DC is a woman who only has her future in mind, are people she's not even sure she can trust.

She has a major secret she's keeping from Haines, and yet she feels she can trust him .. at least more than the others. But how can he help while being on medical leave?

Well-written, this book is full of surprising twists and turns, leading to an unexpected conclusion. The characters are deftly drawn and Emma, especially, shines as a strong female detective. Although this is the 2nd in this series, it does well as a stand alone. However, I would recommend to read them in order.
Read more
Helpful
Comment Report abuse

Susan Wallace
4.0 out of 5 stars Very good read.
Reviewed in the United States on April 19, 2020
The wrong victims by Graham H Miller.
DC Emma Angel must catch a killer who leaves no clues while DCI Rob Haines comes to terms with the end of his career.
A ruthless murderer is stalking the streets of seaside town Bradwick. With her department in chaos, Emma Angel has promised her boss that they can catch him, but he kills at random in a variety of different ways. The only common factors are that he displays the bodies in grotesque set pieces and a link to a fifteen year old missing child case.
Very good read. Emma is still my favourite character. I liked Suse. I hope there is more to come. 4*.
Read more
Helpful
Comment Report abuse

Brenda Blair
5.0 out of 5 stars Honest Review
Reviewed in the United States on April 11, 2020
I’m glad I was able to read book two of the Angel and Haines series. This book was definitely intriguing and a page turner. I didn’t see the plot twist coming which was definitely surprising. Emma kept her head about herself with her own issues between her former boss, her new boss, and her new coworkers all while solving the murders with out getting pushed about by Kev Slater. I would definitely recommend this book.
Read more
Helpful
Comment Report abuse

KaminiM
4.0 out of 5 stars Highly recommended
Reviewed in the United States on April 19, 2020
Gruesome and complicated. This police procedural is the second Angel and Haines novel. There is lots of evidence and yet the killer is managing to elude detection. Corruption and cover-ups don't make things any easier.
Read more
Helpful
Comment Report abuse
See all reviews

Constance Reader
5.0 out of 5 stars Addictive, fast moving and unforgettable
Reviewed in the United Kingdom on March 31, 2020
Verified Purchase
The Wrong Victims has one of the most unforgettable opening scenes you will find in a book. After that, it grabs you and takes you on a fast paced journey of cat and mouse as a killer with a flair for the gruesome terrorises the seaside town of Bradwick.

Once again we meet DC Emma Angel who we first met in The Retirement Party. It helps to have read that first but this also reads well as a stand alone. Angel is likeable, brave, loyal and like all the best protagonists, doesn't always play by the rulebook, but gets results.

It's down to Emma's loyalty to her old boss, Rob Haines, that the case finally gets cracked, but not before a breathtakingly tense finale where you feel anything could happen at any second, and with a killer as imaginative as this, you have no idea what he could be capable of.

The only problem I have with Graham H Miller's books is that I read them way too fast. It's impossible not to! Now I have to wait for the next one. If this was on TV, EVERYBODY would be talking about it (but it would have to be on after the watershed if they did the murder scenes justice!).

Miller 's books just keep getting better and he is truly a talent to watch.
Read more
Report abuse

Amazon Customer
5.0 out of 5 stars A thrilling page turner
Reviewed in the United Kingdom on July 9, 2020
Verified Purchase
I couldn't put it down! My husband complained as my light was on half way through the night! Excellent plotting, believable characters, descriptions that made you feel as if you knew the place, a thrilling plot and then an unexpected twist at the end. What more could you ask from a detective novel? I will say it became a bit gory in parts though, probably necessary to emphasis the plot.
I eagerly wait for the next one Graham........
Read more
Report abuse
See all reviews