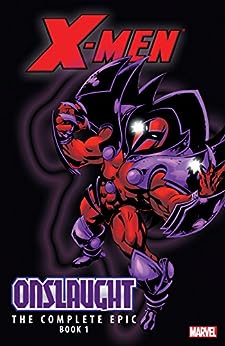 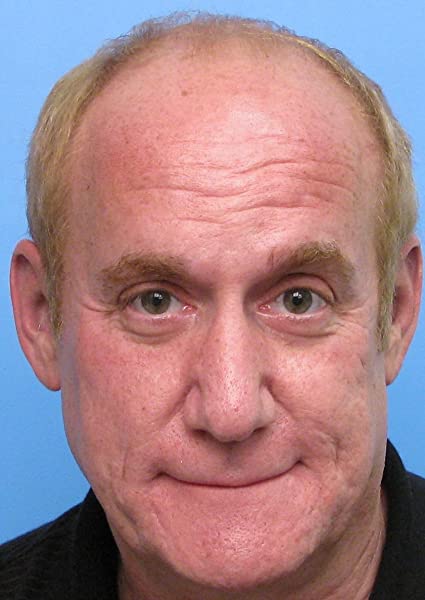 It begins here! The saga that literally re-made the Marvel Universe of the 1990s is collected in chronological order across four volumes! The psionic force of nature known only as Onslaught sprang forth from the fractured psyche of mutant mentor Charles Xavier and the genetic terrorist called Magneto. Powered by his progenitors' rage, Onslaught laid siege to humanity -- touching off a cataclysmic conflict destined to deprive a world of its most revered icons!
Read more
Previous page
Next page
Kindle e-Readers
Fire Tablets
Free Kindle Reading Apps
Available on these devices

Next 4 for you in this series See full series
Total Price: $55.86
Books In This Series (4 Books)
Complete Series 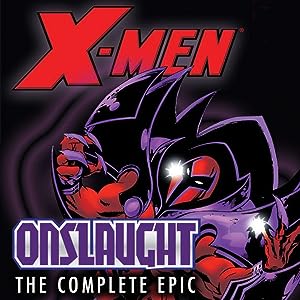 Joseph "Jeph" Loeb III is an American film and television writer, producer and award-winning comic book writer. Loeb was a producer/writer on the TV series Smallville and Lost, writer for the films Commando and Teen Wolf, and a writer and co-executive producer on the NBC TV show Heroes from its premiere in 2006 to November 2008. In 2010, Loeb became Executive Vice President of Marvel Television.

A four-time Eisner Award winner and five-time Wizard Fan Awards winner, Loeb's comic book work, which has appeared on the New York Times Best Seller list, includes work on many major characters, including Spider-Man, Batman, Superman, Hulk, Captain America, Cable, Iron Man, Daredevil, Supergirl, the Avengers, and Buffy the Vampire Slayer, much of which he has produced in collaboration with artist Tim Sale.

Bio from Wikipedia, the free encyclopedia. Photo by Hwilcox81 (Own work) [Public domain], via Wikimedia Commons.

Jeff F
2.0 out of 5 stars The onslaught begins. . .
Reviewed in the United States 🇺🇸 on July 20, 2013
Verified Purchase
The 1996 X-Men crossover Onslaught, despite its reputation as one of the 1990s most excessive crossover events, does honor Marvel traditions. Like The Kree-Skrull War, it builds a story out of an old, mostly forgotten error (in this case, Professor X thinking about how much he loves Jean Grey). It also follows one of the cardinal rules of X-Men crossovers, that being that if there is an unbeatable mystery villain attacking the X-men, it's Professor X. (The other is that Dr. Doom must use the event to his advantage and attempt to take over the world.) It brings together all of the characters (and I do mean all), and it eventually leads to a brand new status quo that is reversed in 12-16 months. Is it fun to read? Perhaps, especially if you read the original limited edition chromium hologram issues as a kid. Is it any good? Not really.

Onslaught is written as a nigh-unbeatable villain, and the stories contained in Volume 1 of The Complete Onslaught Epic get repetitive after a while, as Onslaught (who is designed as a Frankenstein's monster built from parts of Magneto, Juggernaut, and a Sentinel) continually defeats the X-men, the Avengers, and the Fantastic Four. The earliest stories attempt to play coy with Onslaught's identity, but it's as obvious as the identity of the villain in Police Academy 6 and revealed fairly early on. Stories of the dark side of Professor X's mental abilities were done before and after Onslaught, and better too (most notably in Chris Claremont's and Grant Morrison's runs). Also, the behavior of some characters in this volume might be confusing to some readers: Magneto is an amnesiac clone, Wolverine is feral and has bone claws, Beast has been replaced by his evil doppleganger from the Age of Apocalypse, etc. The quality of the art varies, since so many creative teams from so many different Marvel titles are involved. What sums up Onslaught for me is a brief scene when Professor X summons the X-men to a meeting. This meeting is depicted as a double-splash page with each member of the team entering in an action pose.
Read more
3 people found this helpful
Helpful
Report abuse

Matt M.
4.0 out of 5 stars Onslaught - brings back memories
Reviewed in the United States 🇺🇸 on January 15, 2008
Verified Purchase
This story arc came out when I was a teenager, and it was right after I had my first serious experiences in reading comics. I've always loved Marvel, and got caught up in this story line to the point of near obsession. Unfortunately, due to personal circumstance I was never able to find out the resolution to the story arc, and subsequently never followed back to comics as a whole until just recently. I had been reading wikipedia articles about the Marvel universe, and really wanted to immerse myself back into this story arc and read to it's conclusion. I was able to get this first volume at a discount, and add a free gift card into the mix, it was probably more palatable to me than the other reviewers. I can't wait for the other volumes, and to get back into the rest of the Marvel univers.
Read more
7 people found this helpful
Helpful
Report abuse

Kindle Customer
4.0 out of 5 stars Worse looking Hulk ever but excellent story!
Reviewed in the United States 🇺🇸 on December 17, 2016
Verified Purchase
This was a lot better than Fatal Attractions which was the last one I just read. The art work in this one wasn't lazy like Fatal Attractions the artist respected their art in this one except for one thing the Hulk. Has got to be by far one minute the metrosexualist hulk I've ever seen to a goofy looking just absurd I don't even know how to describe it's just sad pathetic and bad and leave it at that.
Read more
2 people found this helpful
Helpful
Report abuse

Derrick T Weston
5.0 out of 5 stars This is Marvel!
Reviewed in the United States 🇺🇸 on December 21, 2019
Verified Purchase
These are the types of stories I've always loved from Marvel. Action packed with twists and turns. Leaves you wanting more. Always make mine Marvel.
Read more
Helpful
Report abuse

derrek betts
4.0 out of 5 stars THE BEST EVER
Reviewed in the United States 🇺🇸 on May 1, 2019
Verified Purchase
YOU NEED TO READ FROM FRON TO BACK
Read more
Helpful
Report abuse

Dirty Digs
5.0 out of 5 stars Great Story
Reviewed in the United States 🇺🇸 on January 3, 2019
Verified Purchase
This better be the next X-men movie! It will give you great insight into the backstory of a lot of the Marvel characters that you have seen in the movies as well.
Read more
Helpful
Report abuse

Dave X
5.0 out of 5 stars The begin of a great story
Reviewed in the United States 🇺🇸 on January 29, 2008
Verified Purchase
This is the first book about Onslaught treat, I think that the art is really great, and they try to resume the story because this crossover is too huge that involves all the X-men, avengers, spiderman and hulk, they resume all this books and describe you only the important facts that happens in other books (only a page) and of course that makes this collection more easy to read and less expensive. In this book begins the fighting with this monster. I can't wait to read the other 3 parts.
Read more
4 people found this helpful
Helpful
Report abuse
See all reviews

Dayglo
5.0 out of 5 stars One of the Best Marvel Universe Storylines Ever
Reviewed in the United Kingdom 🇬🇧 on March 5, 2008
Verified Purchase
At last! They have brought this fantastic storyline into one place. The problem with the Onslaught epic was that it was spread accross the entire Marvel Universe, so unless you spent hundreds of dollars buying every single Marvel comic every month for the duration, you only got a small jigsaw piece of what was going on with Onslaught.

I've got this first Onslaught Epic volume and it is as brilliant as I remember, only better, because it fills in lots of gaps of comics that I didn't buy at the time (like the Avengers and Fantastic Four).

I can't WAIT for the next instalment!
Read more
4 people found this helpful
Report abuse

Simon W. Hughes
5.0 out of 5 stars Still awesome!
Reviewed in the United Kingdom 🇬🇧 on March 4, 2017
Verified Purchase
So the 90's get a lot of grief for crappy storytelling and lazy artwork, but I have to be honest, whilst some of that holds true you won't find that here!

This storyline is possibly one of the most epic x-men story lines ever, not only that but it encompasses much of the rest of the marvel universe, with chapters coming in from across several different titles the artwork always remains fresh and exciting as does the story telling.

So if you're an x-men fan or just a marvel fan in general, in search of decent art and brilliant story here's one for you!
Read more
One person found this helpful
Report abuse