You've subscribed to Open-Door Policy! We will preorder your items within 24 hours of when they become available. When new books are released, we'll charge your default payment method for the lowest price available during the pre-order period.
Update your device or payment method, cancel individual pre-orders or your subscription at
Your Memberships & Subscriptions
There was an error. We were unable to process your subscription due to an error. Please refresh and try again. 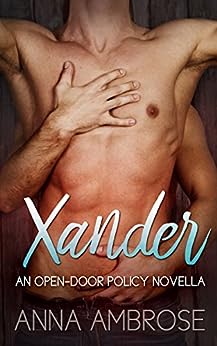 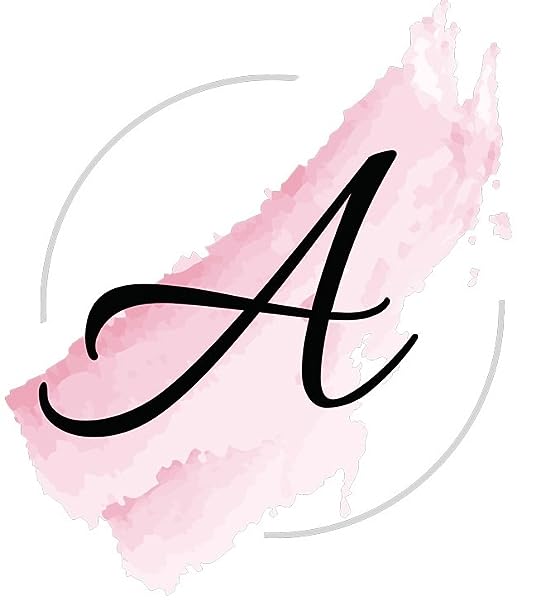 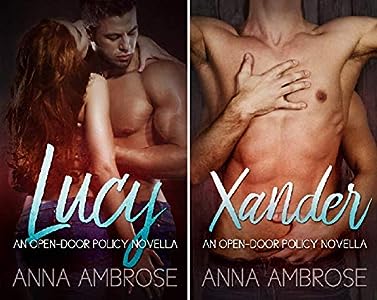 Chapter6
5.0 out of 5 stars Hot and steamy, nothing held back.
Reviewed in the United States on May 10, 2018
Verified Purchase
Another steamy, sexy novella from Anna Ambrose. We met Xander in book one, and now we follow his story. Nothing is held back, hinted at, or alluded to. It's all here, every steamy moment. And just like book 1, this is beautifully written.
Read more
2 people found this helpful
Helpful
Report abuse

Babs0214 aka Barb Ingram
4.0 out of 5 stars 🔥🔥🔥🔥Scorching Sizzling Stars🔥🔥🔥🔥
Reviewed in the United States on May 14, 2018
Verified Purchase
This is pure erotica! While a good portion of the story is pure steam, there is a lot of character buildup and the struggle Xander has with his sexuality is clear. I will be looking for more from this author!
Read more
2 people found this helpful
Helpful
Report abuse

Patricia Nelson
5.0 out of 5 stars HOLY......!!!
Reviewed in the United States on May 11, 2018
Verified Purchase
This smoking hot, sexy, and fantastic story almost set my ereader on fire! Keep a fan and cold drink handy.
Read more
One person found this helpful
Helpful
Report abuse

Liz
5.0 out of 5 stars Explosive Detailed and Vivid Descriptions
Reviewed in the United States on May 4, 2018
Xander: An Open-Door Policy Novella by Anna Ambrose

So after reading part one in this series, Lucy: An Open-Door Policy Novella, it had left me wanting. Anna Ambrose had set up many interesting characters, and I couldn't wait to read more about their life stories. I was happy to be invited to read Xander, the second part of the series.
I have two opinions on this book: the sex is amazing, and the story is thin.

I'll start with the story. The story deals with Xander, who is a frequent visitor to the sex club they run on their college. This sex club has an open door policy, meaning every visitor is in theory open to having sex with every other visitor. The nights spent in this club often amount to hot threesomes with different partners as they come along. During one of these threesomes, Xander meets Liam. Liam is there as the partner of Becca. During these evenings at the club, the two men discover the need they have for each other, despite considering themselves straight in everyday life.
I call the story thin because you learn little about Xander's life. You see his struggle with his sexuality and the developing love he feels for Liam. You don't see a great deal else.

The sex comprises about 95% of the story, and as I said, it is amazing. The level of detail is fantastic. The descriptions of taste and smell are of such level you can almost taste what the character is tasting. The flow of the sex is believable. Everything is well-described and vivid.

Xander was the first m/m romance I have ever read, and it was not a disappointment. I would have liked to see a little more 'world' around Xander, but the sex more than made up for it. I could fall in love with both Xander and Liam, but unfortunately, they are off the market now that they have found each other. I guess I'll have to wait till book three in the Open-Door Policy series.

I received a copy of this book from the author in exchange for an honest review.
Read more
2 people found this helpful
Helpful
Report abuse

Laura
4.0 out of 5 stars A Fated and Welcomed Love
Reviewed in the United States on August 13, 2018
Xander (ARC) was graciously provided to me by the author for an honest review.

Whenever I come across a story that is heavily infused with emotions, addicting characters, gripping and disconcerting and yet sexy and erotic moments, I know I've come across something good. That would be a pretty accurate way of describing my most recent read. There was something about this story, one that could considered to be a cross between a short and a regular length story, one that definitely had me wishing for it to be longer. Either way, it was written somewhat differently than the first book of the series, but, regardless, it was a great read. As this has been my second story read by this author, having very recently read Lucy, and, loved it, I was eager and excited to delve right into the second book of the series, and, I am so glad that I did.

Xander, by Anna Ambrose, as briefly mentioned, is a somewhat differently written story, in this readers opinion, to that of the first story of the series. It was heavily laden with emotions, all kinds of emotions, that actually had directed its main characters, Xander and Liam through their new and unknown journey, but, as certain inconceivable actions took over, these slowly and strangely developing feelings and emotions soon took the reign, and, it was this kind of direction and development that had me glued-to-my-seat as I read this welcomed story.

Xander, is an overall riveting, heart-breaking, and beautifully heart-warming story about two men, dedicated long-time friends, who despite their hidden and underlying feelings for the other, through numerous empty and insufficient ways, who find their way towards the other as they manage to continue their way through the ongoing battle between their hearts and their minds through this journey. Both men having unequaled times of acceptance, one hitting rock bottom through numerous emotional barriers and the other having to live through each of them, all the while desperately attempting to save the other, despite his own delicate feelings. The only way both men initially found peace and comfort was through the privacy of their own home, but, in reality, only found a temporary-type-of-fix to this confusing and insatiable need. But, despite this ever-growing need, this moment of tranquility, was all that had existed until they both were able to reach that summit-of-acceptance at the same time. It was absolutely heart-breaking to read about the after-affects of someone who was battling a developing addiction, as well as various inner demons, all the while desperately attempting to follow his heart rather than follow empty actions, in order to reach his true acceptance.

Gah..I loved Xander and Liam.. What had begun as a simple friendship had naturally developed into something more, and, it was not easy for them, as attraction ran into uncertainty and uncertainty ran into fear..but, luckily, their hearts made the ultimate decision for them. And..it was at that point that I might have melted just a bit more for the two of them because it was such a beautiful and heart-warming moment.

Regardless of the overall emotionally beautiful storyline, I had to stop a couple of times to actually ponder the actual plot, however, that which had existed had actually worked. As it may not have been smoothly evident and clear as the previous one, I had wished for more of one because the emotions really drew me in as they were extremely realistic and powerful in nature. Even though I had to surmise the plot, having been developed from a super storyline, and had welcomed it, I had greatly wished for more development not only for the storyline as a whole, but also for more character background as well as for more development as well, as I really needed to know about the complete thoughts and feelings for both of the characters consistently throughout the entire storyline.

I loved Xander by Anna Ambrose, with its beautiful, tender, and, emotional moments, with characters who were not only dedicated loving individuals, but who were also flawed and forgiving in nature. Despite a need for more character background and development, in addition for more of a clearly-understandable plot, and a need for more of an overall storyline because I really did enjoy this one, I ultimately am so glad to have read it. :)