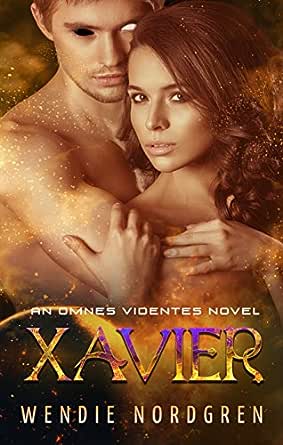 You've subscribed to Omnes Videntes! We will preorder your items within 24 hours of when they become available. When new books are released, we'll charge your default payment method for the lowest price available during the pre-order period.
Update your device or payment method, cancel individual pre-orders or your subscription at
Your Memberships & Subscriptions
There was an error. We were unable to process your subscription due to an error. Please refresh and try again. 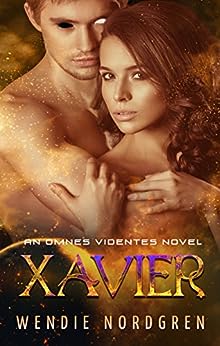 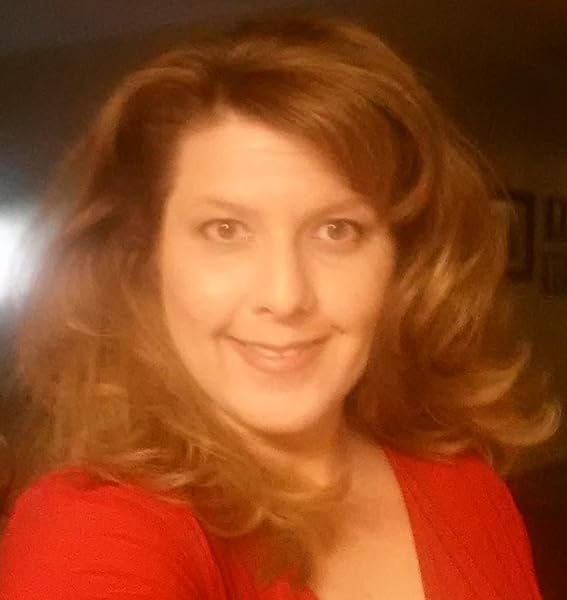 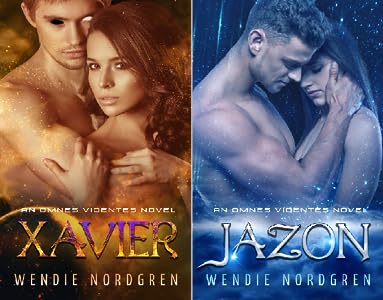 This was a great story...a lot better than expected TBH. I loved Sparrow and liked Xavier very much as well. This is the first story I've read by this author and I liked it well enough that I'm already planning to try more of her work. My only complaint...no notice when switching PoVs so you have to be aware.

Sparrow is a tech slave that works for a weapons manufacturer named Bishop. Sparrow has a mild form of autism and has a need for order and to make things work. Bishop took advantage of that and used Sparrow to engineer dangerous weapons. Sparrow was very young when Bishop acquired her and she doesn't remember much about her life before.

Xavier is a Laconian hybrid, a cross between alien races, Eriopis and Enyo. One race is telepathic and the other is empathetic and through normal methods, the crossing of the 2 races would have ended in a miscarriage but a scientist engineered Xavier and his brothers in a lab. Xavier is now sworn to the Parvac Empire and is sent on a mission to find a weapons manufacturer that's been making illegal weapons.

Growing up raised by AIs (artificially intelligent robots) and making weapons, Sparrow didn't know much about the world outside. There were other tech slaves that Bishop had kidnapped for their skills and through observing them, Sparrow learned to crave freedom. She was smart about it and after finding a crashed escape pod near the compound, Sparrow fixed it in secret until it was functional and she could escape. Sparrow does manage to get off planet but is having issues finding an inhabited planet when she encounters a ship. The ship is Xavier's and he takes her on-board and Sparrow is alright with it once she realizes that the ship isn't the AIs she's sure Bishop has sent after her. Xavier gives her medical attention and finds that a bond snaps into place between them, making him quickly realize that Sparrow is meant to be his woman.

Thankfully, Sparrow is attracted to Xavier and although she's interested in experiencing freedom, she's perfectly happy to do so with Xavier. Xavier knows that Bishop will be after Sparrow so he works on ways to capture Bishop and his co-conspirators while Sparrow experiences things. Sparrow has never been a girly girl and that doesn't change as on their first shopping trip, her tastes leaning more towards functional than frilly. What really got her excited was when Xavier took her to buy tech stuff that she could modify to help keep herself out of Bishop's clutches. This is easier said than done since Bishop and cohorts are crafty and have plenty of AIs and tech to use in getting Sparrow back. Xavier and Sparrow do have to deal with a good amount of danger and some drama as well but once everything is settled, they're together and starting on a weel deserved HEA together.

I enjoyed this story greatly. I really liked Sparrow...maybe because I'm a tomboy and saw some of me in her. She was also nice and logical, both attributes I really appreciate. Xavier was a really good hero. He's smart and bad@ss and was willing to go to whatever lengths it took to make Sparrow happy (and keep her safe). My only real complaint is the lack of warning in the PoV changes but that's basically it. Overall, I thought the characters were great and the story was really good and very engaging so I'd recommend it. :)

Sarah “Bee” Stayton
5.0 out of 5 stars Xavier finds love!
Reviewed in the United States on February 25, 2018
Verified Purchase
I’m so happy Xavier got his chance at love. He is perfect for sparrow whose slight oddness makes her that much more adorable. I hope this is the beginning of all the unclaimed Omnes Videntes finding love. Wendie Nordegren does world building and character creation like no other. Xavier continues in the story from the space merchant series and give some answers to left questions. I actually plan to read this again shortly after leaving this review. It is definitely worth it.
Read more
Helpful
Comment Report abuse

Melanie C. Duncan
5.0 out of 5 stars Xavier rocks!
Reviewed in the United States on July 2, 2018
Verified Purchase
The Omnes Videntes novels are offshoots of Nordgren's The Space Merchants series, and fall in the timeline after book 4, Omnes Videntes. The characters are fascinating and I'm so glad she decided to explore them further. Xavier is a particular favorite, and her featuring a heroine with autism only adds to the story. Nordgren has become an autobuy for me.
Read more
One person found this helpful
Helpful
Comment Report abuse

Victoria Bentley
4.0 out of 5 stars Great addition to the Space Merchant world!!
Reviewed in the United States on October 24, 2017
Verified Purchase
Xavier needed his own story. Each Hybrid has a story to tell. Sparrow is not a air headed idiot who some how is a weapons developer. Her personality is believable and well developed.I love the fact that Sparrow didnt try to save Xavier by herself when forced to "come alone or he will die". Most characters are made to sneak away and sacrifice themselves so nobody else gets hurt. The story adds some more depth to the series, more gritty under belly of the Galaxy lol.
Read more
Helpful
Comment Report abuse

Megan Richardson
4.0 out of 5 stars Cute
Reviewed in the United States on January 25, 2020
Verified Purchase
I love seeing another side to the stoic protecter of the princess. Now he has a better understanding of how his brother feels
Read more
Helpful
Comment Report abuse

Jodie Binder
5.0 out of 5 stars Worth reading
Reviewed in the United States on December 16, 2017
Verified Purchase
I loved this spin off to the The Space Merchants series. It gave us a bit more insight into Xavier and how he met Sparrow. There was romance and adventure. Sparrow was a great character, very quirky due to her Aspergers. Nice quick read in between Space Merchant books :)
Read more
Helpful
Comment Report abuse

Kindle Customer
5.0 out of 5 stars A must read for space merchants fans
Reviewed in the United States on September 9, 2017
Verified Purchase
Xavier definitely is deserving of love he gets his chance in this shorter addition to the space merchants series. With plenty of tie backs to the original five books I suggest reading those first butt Teagan needed a breather. And Sparrow's had to be told.
Read more
Helpful
Comment Report abuse

Vashon Raven
4.0 out of 5 stars Sometimes to believe in ourselves we need someone else to believe in us
Reviewed in the United States on February 14, 2018
Verified Purchase
A fun spin-off from the space merchant series. Xavier finally finds love in the form of a highly-intelligent, gutsy yet innocent woman who learns that sometimes the bravest and most powerful choice is to trust another.
Read more
Helpful
Comment Report abuse
See all reviews

ELLEN55
3.0 out of 5 stars Two and a half stars
Reviewed in the United Kingdom on October 20, 2017
Verified Purchase
I liked the imagination behind the story but the story telling was dreadful.

I am sitting here struggling for words to describe how this was written. The author went from what was happening to one character to the next without even a change of paragraph which left me quite, at times, confused.

The writing had me thinking of essays I have read that were written by teengers. I am really annoyed by how the writin spoiled the story, it was like someone telling you a story that you kniw is really good only they are telling it badly.

Enough said, I'll not read anymore of this authors work, which is a shame because she really does have a brilliant imagination.
Read more
Report abuse

Katplayuk
4.0 out of 5 stars Wendie did it again
Reviewed in the United Kingdom on November 7, 2017
Verified Purchase
Another brilliant story from a brilliant author. This novella shows how Teagans guards are changing and how yummy they are. A great side storyline to the overall world Wendie built that shows how some of the characters are growing.... Very easy enjoyable read
Read more
Report abuse

N Payne
5.0 out of 5 stars Wonderful
Reviewed in the United Kingdom on October 14, 2017
Verified Purchase
I just love getting lost in this authors worlds, never disappointed. She plays the connection between all the characters so well you feel like part of the family. You did it again please don't stop!
Read more
Report abuse