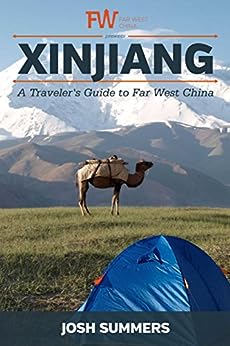 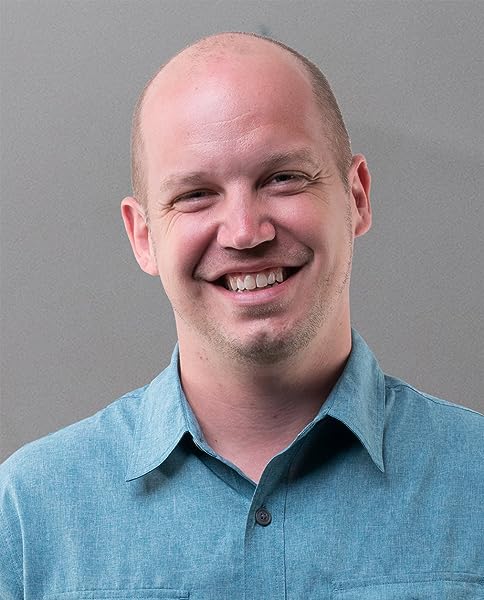 J. Beck
4.0 out of 5 stars very handy, plus great online community
Reviewed in the United States on November 4, 2015
Verified Purchase
I recently used this as my sole guidebook for a two-week trip from the Altay region in the far north, to Kashgar and Tashkurgan in the far southwest, including Ili and Urumqi in the middle. I had it with me the whole time in the Kindle app on my iPad mini, and I referred to it many times throughout my trip. The whole thing is internally hyperlinked, so it's easy to jump around in the document.

It was very useful for prioritizing things worth seeing and places with going. It's not an exhaustive list of everything there is, but it's more focused and up-to-date than WikiTravel. And in these days of decision fatigue, I'm grateful to let knowledgeable people do some of the filtering for me. Summers does also include a few items in the "maybe worth your time if..." category, which I appreciated. And some of his tips (especially around Kashgar) were absolute gems!

His recommendations for hostels were reliable (except when I got to Tashkurgan, where his preferred hostel had already closed for the winter, but I was traveling at the very end of the season). I am a budget traveler, so I only stayed in hostels and family-run guesthouses, except for one time. And on that one occasion, this guide failed to keep up with the ever-changing vicissitudes of Chinese regulations regarding accommodations for foreigners. (The guide said a particular hotel was the only one that was able to take foreigners, when in fact that hotel no longer took foreigners and I had to go to a different one.) But as a static publication, it's impossible to keep up with these things. My advice for foreigners traveling *anywhere* in China, would be to call ahead and confirm that the places you intend to stay in are officially allowed to house foreigners.

The maps were useful. I printed them out and made a little booklet-size "atlas" that I carried with me. It was handy. I do have some minor complaints about the maps, though. Future versions should include a distance scale on every map and more different kinds of shapes for the place markers (for ease of distinguishing when printed in black & white). Also, I feel that maps of Ili/Yining and the surrounding region would have been useful. Trying to navigate from Ili/Yining toward the south is confusing, even with the help of knowledgeable people. My recommendation is not to depend on these maps as your only maps. Just use them to get a general idea of where things are.

But the best thing about this product is that you get to join the author's Facebook group for Xinjiang travelers. There you can ask the author and fellow travelers your specific questions and benefit from the wisdom of the crowd. I also added the author on WeChat (one of the most popular instant messaging apps in China) and occasionally asked him for advice while I was on the road. I don't think that's an official service included in the price of this product, but it felt like having a friend who I could ping for advice whenever things became unclear.

In general, Summers gives great advice and this book really helped me both plan my trip, and adjust my plans on the fly as circumstances changed. And the price is right. If you're like me and get overwhelmed by choices when you're trying to plan a trip, then it's definitely worth it to pick up this little guide.
Read more
12 people found this helpful
Helpful
Report abuse

I am planning to visit Xinjiang. I read Josh Summer’s book after watching some of his great videos on the region. My interest in Xinjiang over the last twelve years is more on the academic side. Back around 2002, I decided to write an adventure fantasy about an archaeologist who discovers mummies buried in a tomb near modern Cherchen and learns the location of the Lost City of Old Cherchen, still a mystery.

Part of my idea was to contrast descriptions of modern Xinjiang with the ancient Xinjiang of about 3,800 years ago. I read travel guides to try to get a feel for the tastes, sights and sounds. What I found was that Xinjiang is undergoing tremendous change all the time and Xinjiang | A Traveler’s Guide to Far West China is the best I’ve seen for up to date information. Other travel guides are often outdated and tend to fluff things up for the sake of tourism. This guide includes tips on what to avoid and what not to do, such as pointing your camera at a policeman. There are many great sights to see and personal recommendations of the best places to visit and how to effectively use your time to get there. Whether you are an upscale traveler or on a tight budget, there’s something for you.

There are good written descriptions within the book, but at times I wished there were more embedded pictures to go along with them. Included are links to Eleanor Moseman’s website with great shots of Uighur life, and links to some of the hotels where you can stay.

Josh Summer has written more than a travel guide. He has lived there and his love for the people and many cultures comes through. Included is information on ethnic groups: their religions, holidays and festivals, foods, and how you can experience their way of life. I highly recommend it.
Read more
2 people found this helpful
Helpful
Report abuse

Geezer
5.0 out of 5 stars Thinking about Xinjiang? Buy this book and go!
Reviewed in the United States on June 28, 2015
Verified Purchase
This is a great book! Josh is a font of knowledge on Xinjiang and this book is useful. I spent a month there a few years back and found it to be one of the more pleasant travel destinations in China.

All but one of my Han Chinese friends warned me not to go to Xinjiang. My girl friend begged me not to go. Xinjiang is dirty and dangerous I was told and far too hot as well. But a Chinese teacher I worked with had spent a few years there told me to go. So I did.

I went in July and the weather was great. A little rain every day kept the temperatures down. Security did not seem to be a problem despite just about every male carrying a knife on his belt.

If I had "Xinjiang: A Traveler's Guide to Far West China" back then I would had a more interesting trip. Josh has the first hand knowledge and experience on the ground and his book brings you this info in a most useful way.
Read more
One person found this helpful
Helpful
Report abuse

Brad
5.0 out of 5 stars The Real Deal
Reviewed in the United States on May 1, 2015
Verified Purchase
The thing about this book is that it is just as useful to the experienced China traveler as it is to someone entirely unfamiliar and uncomfortable with Xinjiang and the country as a whole. I have traveled a lot in Western China but haven't yet made it out to Xinjiang, and Josh's experience and tips have given me an excellent idea of what to look forward to and I'm well on my way to planning a trip ASAP. There is TONS of great info and Josh's writing is much more enjoyable (and useful!) to read than anything else out there that I'm aware of. Reading this guide, to me, is no different than sitting down and chatting with your buddy and getting the real DL and getting all of your questions answered in a casual and entertaining atmosphere. Even if you're not planning on traveling to Xinjiang, Josh's knowledge of and passion for the REAL Xinjiang is well worth tapping into.
Read more
3 people found this helpful
Helpful
Report abuse
See all reviews

Travelling Jen
5.0 out of 5 stars Don't leave home without this excellent guide.....
Reviewed in the United Kingdom on May 20, 2017
Verified Purchase
I have waited until after my trip to review this guide. It was excellent! In my opinion far better than the Lonely Planet which I also purchased. The full resolution maps which I printed before leaving home were invaluable, in a region where no maps seemed to be available and there were no english speakers we managed to find our way and see our targeted sights. The travel advice and background information was spot on; we used the recommendations everywhere we went. We found taxi drivers could not understand our speech or our maps but they could read the chinese character place names in the guide. Just increase the font size, show the screen to the driver and away you go! So top marks to this guide... we used it every day.
Read more
Report abuse

LCN Walker
5.0 out of 5 stars Well-written, authoritative & detailed guide to Xinjiang
Reviewed in the United Kingdom on December 4, 2018
Verified Purchase
A well-written, authoritative and detailed guide to travel in Xinjiang. It was also helpful to have the additional features (such as the maps). I have yet to visit the region, but feel more confident of my route after buying this book. A physical copy of the book would be great!
Read more
Report abuse

barca54
5.0 out of 5 stars Exceptional
Reviewed in the United Kingdom on March 26, 2019
Verified Purchase
Unusual for a guide book, full of extremely helpful & detailed information. A joy for any independent traveller
Read more
Report abuse

Tim Thornett
5.0 out of 5 stars Excellent guide
Reviewed in the United Kingdom on June 14, 2015
Verified Purchase
I am planning a trip to Xinjiang later this month. Josh's guide has proved to be extremely useful as part of my planning process and I would recommend this to anyone who is planning a trip to Xinjiang. Also check out the wealth of information he has made available online. I have not found a guide of this area that comes close to the wealth of information that is provided here, Josh is passionate about the province which he has made his home. If you are planning to travel to Xinjiang then this guide is a must have.
Read more
Report abuse