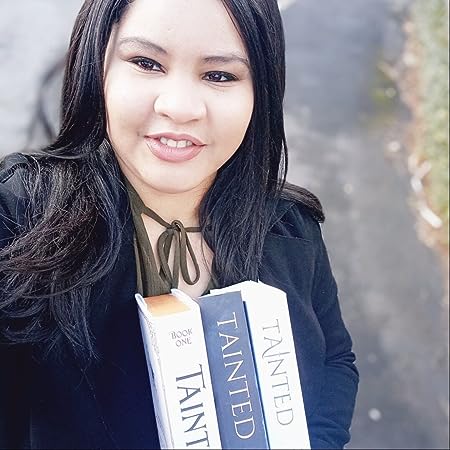 Xyvah is an author, a poet, and a part-time human.

When she isn't tinkering with the mechanics of another story, she might be refuelling her magic in a pool, on the beach, or close to some other body of water. And at times like that, with her pointy ears twitching and her button nose buried in a book, if you look close enough, you just might see the shimmering veil around her... The veil between this world, and hers... Between what is, and what possibly could be. 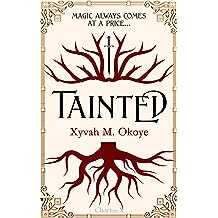 Tainted (Age of the Anathema Book 1) May 28, 2021
by Xyvah M. Okoye
( 6 )
$6.45
Five bloodlines… three kingdoms… one law…
Long ago, magic pulsed through the very fabric of Eutopia. Now, it is a luxury enjoyed only by the Nobles of Schandrof… and the Anathemas. Considered unfit for healthy and safe societal fraternization, Anathemas are fated to die by the Kuwaha Council. Their only crime: being born mixed-race.
An epic tale of love, sacrifice, and man’s hostility toward the unfamiliar.

Trouble is brewing on the Southern border of Sabato, and Regan Kalish must do whatever it takes to protect his family.
Without his father’s inheritance ring, the Lepane Prince seeks work with a Kuwaha, Dioohn, to help his mother and save his great-grandfather. He is reunited with his childhood best friend, Kayle, and the prodigious Sexa, as he uncovers the dark secrets about his bloodline and magical heritage. Secrets his family have tried to keep hidden, secrets that would change their lives as they knew it, and the fate of the whole of Eutopia. 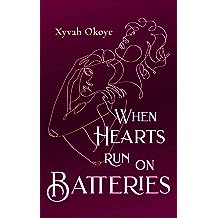 When Hearts Run On Batteries (Events to Emotions) Dec 23, 2021
by Xyvah Okoye
( 1 )
$3.27
Speaking truths we are often too afraid to confess, this collection contains poems which admit pain is legitimate, and hope is a worthwhile aspiration.

This volume includes poems such as Between two worlds, I'm fine, and I have been deceived, poems which speak to all hearts in that universal language we are all too familiae with.

Like a vein plucked from the anatomy of sorrow in such a way that every soul recognizes, it is impossible to finish reading this book without feeling understood.

When hearts run on batteries is a collection of love letters which whispers to the reader that they are not alone.
Read more
Other Formats: Paperback 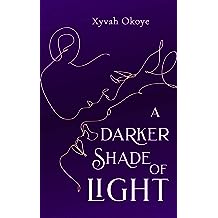 The darkness of the past is a sign of hope of a brighter future, for in the darkness, that is where the light shines brightest.
And no matter how deep the darkness gets, no matter how long the night goes on, we choose to believe that the day will come, the sun will rise and we will smile once more.

A darker shade of light is a coffee-table collection on finding hope in the darkest of places and dealing with despair even in the brightest seasons of life.
Read more
Other Formats: Paperback 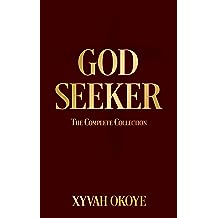 "And ye shall seek me, and find me, when ye shall search for me with all your heart."
-Jeremiah 29:13

God Seeker is a collection of books that have been carefully written to guide all who are seeking God.
Inspired by the Word of God, it contains teachings on faith, love, relationships, intimacy with God, and so much more.

This book is a must-have for anyone who desires to know God on a deeper and more intimate level.

Included in this collection:

✓ Thy Will Be Done

✓ Show Me Your Glory

✓ Why Christians Go To Church 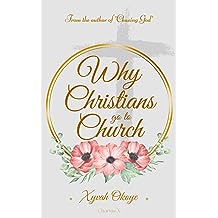 Why Christians go to Church (The God-Seeker Collection) Mar 4, 2022
by Xyvah Okoye
$4.55
In the fast-paced, instantly gratifying, self-exalting, sensual culture of the world today, the importance of the Church and the gathering of the saints begins to fade, being replaced by broadcasting and social media substitutes. It is necessary, in these last days, to understand that being physically present in the gathering of the saints has not waned in it's importance in the eyes of the Lord, even though it might have done so in the eyes of the modern day believer.

Some think it unnecessary to gather with the brethren because the Word of God is easily accessible online, while others have a "fair weather" commitment to the church gatherings because they do not have a good understanding of it's importance in their lives.

This book will deepen your understanding of and committment to the Church of the living God, that is the Assembling of the brethren together.
Read more
Other Formats: Paperback 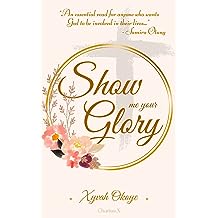 Show Me Your Glory (The God-Seeker Collection) Jan 28, 2021
by Xyvah Okoye, Samira Otung, H. Odein Ajumogobia
$4.56
Using music, that universal language medium, and the example of David as ‘the man after God’s heart’, Xyvah presents powerful imagery and meaning to constantly seeking God’s presence in our lives. In this book Xyvah takes us on a journey of what it means to be in tune with God. We learn that God’s Presence is His Glory and it is heaven on earth. This powerful message of Xyvah's book is bound to resonate in the lives of all those who imbibe it and consequently chose to walk with God by seeking His presence.

An essential read for anyone who wants God to be involved in their lives and for those who want to step into the next dimension in ministry.
Read more
Other Formats: Paperback 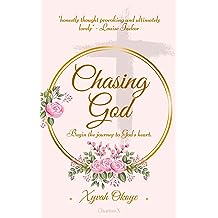 In the hustle and bustle of our daily lives, we sometimes forget that we were made for fellowship with God-for friendship, for worship. We lose sight of our creator as we chase down the creation, building idols for ourselves that try to block out the light of God. But God's Glory cannot be blocked. He remains an ever-bright light, our Northern star when we are lost in the chaos of this world.

As believers, we have been called to more than service; we are called to a relationship with God through Christ, which starts with our dedication to Him and carries on when we pass over into an eternity in His Kingdom. Our lives on earth are merely temporal, a transitional period affording us the opportunity to build the kind of relationship we seek to have with God for eternity. This relationship and closeness to God is not merely a point to achieve rather a lifelong journey we undertake.

"You only need to read this book to a point before you realize that Xyvah was only an vessel used by the True Author that passengers Himself in her. I strongly recommend this book because you will find in it more than just another religious chant. Read and listen." - Chiedozie Omeje

"This is really a must read, a book that keeps you grounded. Helps to teach you how to be a better person from relationship lessons, to fundamental virtues we must possess to be all round good people. As a matter of fact though based on people like Ruth from the Bible, you actually don't need to be a Christian to enjoy this book. Enjoy as you read..." - Erons

"Overall Chasing God is a stellar read that can enrich, benefit and help many readers in so many ways thanks to the knowledge found throughout Chasing God." - Red Headed Book Lover 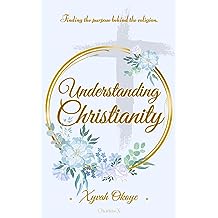 “Taste it,” Serps whispered, “see for yourself that I am not wrong.”

Carefully, Woman raised the fruit to her mouth. She shut her eyes, breathed in deep, and took a tentative bite.

Silence. Nothing but silence. Then the world came back into focus, clearer and brighter and better than she had known before. Because before, she had not known. Or seen. Or understood.

“I told you,” Serps hissed, uncoiling himself from the tree. “You’re not dead, and now you know Man was mistaken.”

Woman smiled. She was alive. And she knew—truly knew—what she had to do next...

With religion being such a complicated and controversial subject, it is easy to see why many do not understand the true meaning of Christianity.

In the most basic of terms, this book teaches what Christianity is all about; its purpose, its process, and its cornerstone practices. It is perfect for anyone seeking answers to questions about the religion that has shaken the earth for centuries.

Understanding Christianity is a must-read for all who want a better understanding of Salvation through Christ. 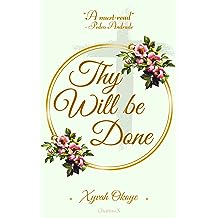 It is God's will that all His creation increases, prospers and is fruitful. His intended way of achieveing this will is what differs from person to person.
God's paths to achieving His will are as different as the individuals that tread them, and sometimes, finding the right path for you starts to prove difficult.

With simple steps and bite-sized, comprehensive explanations, Thy Will Be Done presents a guide to finding and walking in the specific will of God for your life.