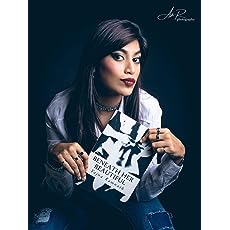 On the 18th of February 1992, a baby girl decided to rush her way into the world before her due date. As she grew, so did her imagination and with that came her dozens of imaginary friends. They saw her through many moments in her life.

"The easiest way to get to know me is by visiting my Instagram profile. I'm a selfie lover and I like posting random thoughts and interests about my life."


Her typical day out is staying in with a book and getting lost in the power of words.


She believes in two important things and that is to always ROCK YOUR OWN STYLE AND DANCE TO YOUR OWN BEAT.

"I am a lover of the unknown, the incredibly sexy and the slightly twisted."

Step into my world and be prepared to get lost...
Read more

Help us improve our Author Pages by updating your bibliography and submitting a new or current image and biography.
Learn more at Author Central
1 11 1
Previous page
Next page
Titles By Yajna Ramnath
All Formats Kindle Edition Paperback Sort by:Popularity 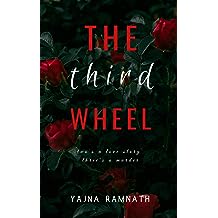 As much as it has ended battles, it has started wars.

As much as it has healed pain, it has caused agony.

As much as it has ended hate, it has created loathing.

I trusted too easily, I fell too quickly, and I loved… oh, I loved too deeply.
However, there was one thing I was excellent at…

Was I insane? Sure. Borderline psychopathic, when I didn’t take my meds.

But it was okay…

They liked me that way.

I smiled as I watched them hand in hand wondering what was going to happen next.

They think it’s over.

They think there's a sense of remorse within me. 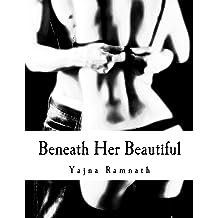 Beneath Her Beautiful Jan 2, 2014
by Yajna Ramnath
( 3 )
$0.99
Skylar Reed believed that in order to move forward you had to block out your past, pretend it wasnt there and a new life would automatically fall into place. Meeting Kian Kane made her think that it was definately true. Life with him is passionate, erotic and fun. He is easy-going and loves her. She loves him. But the past doesnt stay hidden. Join these two lovers as they learn about sacrifice, trust, and love. Skylar will have to learn about facing her past whilst Kian is going to learn that beauty is only skin deep. He has to learn to see Beneath Her Beautiful
Read more
Other Formats: Paperback 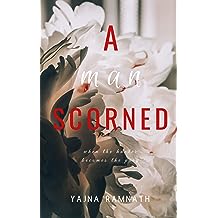 She stood at the threshold of a house that had become her home. Before her, everything lay shattered.

She thought she was ahead of the game, I mean, the psychotic woman who would do anything for the one she loved was bound to win… right?

Who did she love?

I didn’t care any longer.

I was the type of odd she didn’t see coming.

I was the collateral damage that raged an inferno in her life, after all, I learned from the best.

The tables are about to turn, my love.

I’m coming for you.

Note: You must read The Third Wheel first
Read more 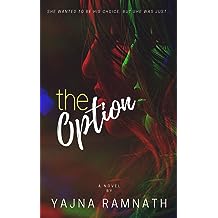 The Option Sep 30, 2020
by Yajna Ramnath
$0.99
“They say God cursed women to bleed every month because Eve had sinned, but that’s a lie, He cursed us to fall for the man that would never choose us and have us spend the rest of our lives blaming ourselves for being gullible enough to think we were worthy.”

Kerina Jordan is no stranger to life’s luxuries. She lives her life to the fullest, fulfilling a void left in her since she was twelve years old. Everyone believed she was shallow, extra, dramatic. She was okay with that.

She didn’t care about everyone’s opinions… until him.

Suddenly, she questions who she is. She tries to let go of the privilege she was given. She tries to become Adam Keller’s version of the perfect girl. All for it to blow up in her face.

Shoved into a world of betrayal, heartbreak, and addiction Kerina tries to navigate between who she is and who Adam wants her to be.

She wanted to be his choice, she was just the option.

Please note that this book contains strong themes of addiction, suicide and depression. The book explores these themes in depth. If you are easily triggered by the above, please do not read this book.
Your mental health is more important than a book sale.
Read more 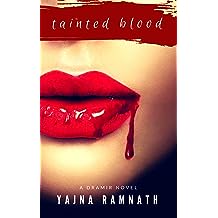 The streets of Dramir have always been protected under the rule of the reigning King. It was all because of his not so secret weapon.
A weapon they called the assassin. A weapon with long-dark hair, savage soulless eyes and a body built for sin.
She wielded a sword as one would breathe air. She danced in blood as one would dance in rain. She laughed in the face of death as one would laugh at a bad joke.
It was believed that the day the assassin experienced emotion, the world of Dramir as they knew it would crumble under the force of her shattering heart.

How could you break the heart of someone who had long since lived without one?

How could you fight against the darkness when she forced light to do her bidding?

Most importantly how could you hide, when she came looking for you? 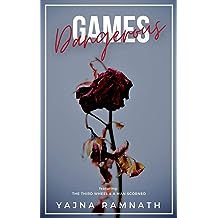 Love is a dangerous word.
As much as it has ended battles, it has started wars.
As much as it has healed pain, it has caused agony.
As much as it has ended hate, it has created loathing.
I fell in love. A kind of love that I would live and die for. A kind of love that I would forsake who I was to obtain it. I was one of the believers until I wasn’t anymore.
I trusted too easily, I fell too quickly, and I loved… oh, I loved too deeply.
However, there was one thing I was excellent at…
Revenge.
Was I insane? Sure. Borderline psychopathic, when I didn’t take my meds.
But it was okay…
They liked me that way.
I smiled as I watched them hand in hand wondering what was going to happen next.
They think it’s over.
I laughed.
They think there's a sense of remorse within me.
I laughed harder.
Game on.

A MAN SCORNED
When the hunter becomes the prey.

She stood at the threshold of a house that had become her home. Before her, everything lay shattered.
She thought she was ahead of the game, I mean, the psychotic woman who would do anything for the one she loved was bound to win… right?
Who did she love?
Was it me?
Was it her?
I didn’t care any longer.
In the game of cat and mouse, Mackenna thought she had won. She thought she had defeated me in her war against all odds.
I was the type of odd she didn’t see coming.
I was the collateral damage that raged an inferno in her life, after all, I learned from the best.
The tables are about to turn, my love.
I’m coming for you. 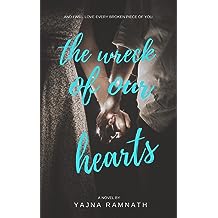 Two people who were broken down by life.

Two people who were betrayed by the ones they loved.

Two people who refrain from crossing the lines they know they shouldn’t.

Aria has spent the last year trying very hard to get over the guy who crushed her heart. While the world thinks that she is being dramatic, Aria cannot escape from the heartache that haunts her like a ghost.

Dasher has spent two years trying to get over the death of someone who meant the world to him. While his family thinks that it is high time he move on and stop acting out, Dasher cannot escape the emptiness he feels where the one he loved should be.

On a dark night in the middle of Brooklyn Bridge, an accident brings both these broken souls together. They form a pact to hold each other up, no judgement, no questions.

But love is a fickle beast that creeps up on even the most unsuited couples. Aria and Dasher think they have moved past the insecurities and the drama, but fate has other plans.

Two people who were better off not meeting.

Or so they thought… 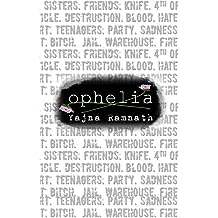 Ophelia Oct 2, 2015
by Yajna Ramnath
( 3 )
$0.99
She showed up at his doorstep at sun down.
Her hair was disheveled, her clothes torn and stained with blood.
During the late summer storm, they were helpless against the passion they were forbidden to feel.
She couldn’t leave and he couldn’t let her. All through the night she enticed him with her words. He should not have been enticed. He should not have touched his claimed lips onto her sweet, innocent ones.
He woke to the sun on his face, the screams of his wife, no recollection of the night after that kiss, and a dead girl next to him.
He knew her story, he knew her body, and he even knew her name.
Ophelia

***Please note this book contains mature situations, abuse, sex and graphic language. Not suitable for readers under the age of 18*** 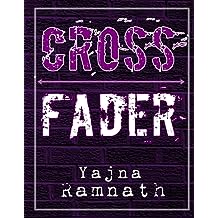 He is there.
He is caring.
He is devastating.
He. Can. NEVER. Be. Mine.

They say love heals all. We say love is toxic.
They say trust is crucial. We say trust doesn’t exist.
They say never judge others. We say judgement is all we know. 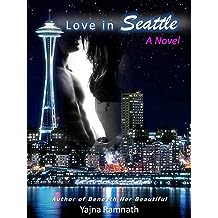 Love in Seattle Apr 5, 2014
by Yajna Ramnath
( 2 )
$2.99
It started out as an innocent blog. I just wanted to tell the world about my life. That was harmless right?
Wrong.
I didn’t realise just what I did, how many lives I destroyed and how many people I lost because of my own need to vent about my issues with men. I didn’t realise what my judgement of other’s caused. I didn’t realise watch a selfish, terrible and evil person I was.
Not until I finally had something to lose.
He came into my life like a whirlwind. He showed me passion like I’ve never known. He challenged me at every step and broke down my defences. He took a selfish girl and made her feel. But then our secrets got in the way. My inability to see him as anything different than every other guy that I had met. His aversion to giving all of him without the guarantee of receiving all of me. It was all leading up to one life altering night. One life altering moment that would make or break our future. The problem was whether or not we could find our forever.
*Warning; Adult content. Recommended for readers 18+* 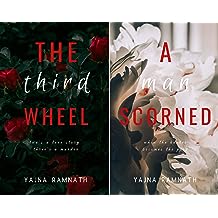