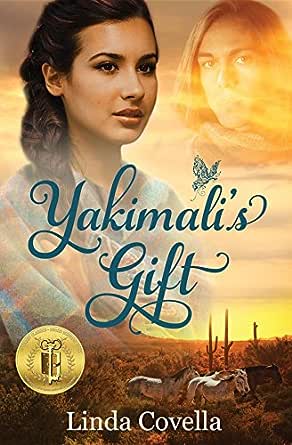 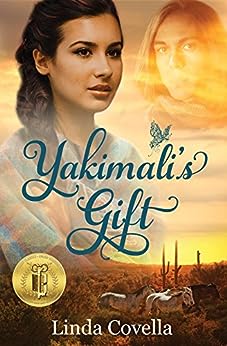 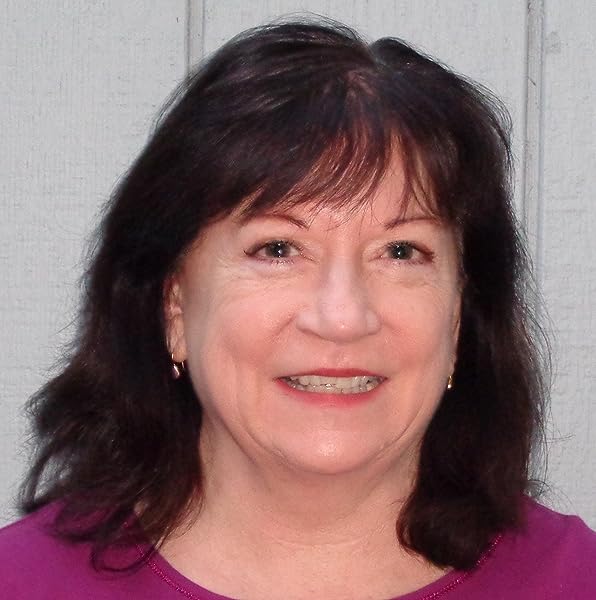 "Linda Covella brings the early settlement of California tolife in this tale of adventure, drama, romance, and mystery...The novel is fullof imagination and wisdom and speaks to the universal need of young people torebel and to find the courage to invent their own lives."
- Dr. Virginia M. Bouvier, author of Women and the Conquest of California

"Historical fiction buffs will delight in Linda Covella's depiction of Yakimali and the eclectic group of travelers who join her on her journey. Rich in culture, and resplendent with vivid depictions of the arduous trek, Yakimali's Gift is sure to be loved by readers young and old.Yakamali's Gift is recommended for home and school libraries."
-Literary Classics
"Covella's lean, engaging narrative [and] extensive research into the culture and society of the Spanish-settled New World is worked seamlessly into a very human story in which Fernanda's quest to understand her mother's Pima ancestry gradually takes center stage."
~ Historical Novel Society

"What a delight! Set in 1775, "Yakimali's Gift" shines light on a little-known part of history and invites the reader to experience it first hand. Ms. Covella does a beautiful job crafting a three-dimensional story that brings the reader on a colorful cultural adventure. The feel of the material, the smell of the fires, the anticipation of the unknown, the sorrow of loss, the sensations of first love--all await the reader of "Yakimali's Gift." Armed with her engaging story, Covella invites the reader to step into a time gone by and live it."
~InD'Tale Magazine, Sponsor of RONE Awards
--This text refers to an alternate kindle_edition edition.

I want to thank my readers. You're the reason I spin mystories. I hope with Yakimali's Gift you're transported to another time andplace while finding something of yourself in Fernanda's story.

I learned about the Anza expedition when I was researching astory about children telling how and why their ancestors settled in the UnitedStates. When I decided to write Yakimali's Gift and delved into the research, Iwas fascinated to learn that the colonization occurred during the time of theAmerican Revolution and some seventy years before the often-told story of theeast-to-west migration of pioneers. This further inspired me to write aboutthis little known, but important, part of California and U.S. history.

I was shocked to learn that several women chose to take thejourney even though they were in advanced stages of pregnancy. I wanted to knowmore about the women and their children, who made up more than half the numberof colonists. Why had they left their homes to emigrate to California? I beganto imagine--and research--what life was like on that first march along the Anzatrail, and the story of Fernanda and her journey was born.

Just as we see today, there were race issues in 18th centuryMexico, New Spain, and that interested me as well in writing my story. Mostpeople of mixed heritage (typically Spanish and Indian) wished to be namedSpaniard. Those with the "purest" Spanish blood enjoyed many societalprivileges, thus people often claimed to have more Spanish ancestry than theyactually did.


Fernanda's story is one of discovery: her place in theSpanish world and in the Pima Indian world, her views on race and religion, herconnection to family. And as a teenage girl curious about love and romanticrelationships, she discovers that on her journey as well. --This text refers to an alternate kindle_edition edition.

Linda Covella's varied job experienceand education (associate degrees in art, business and mechanical drafting &design, a BS degree in Manufacturing Management) have led her down many pathsand enriched her life experiences. But one thing she never strayed from is herlove of writing.

A writer for over 30 years, herfirst official publication was a restaurant review column in a local newspaper,and as a freelance writer, she continued to publish numerous articles in avariety of publications. But when she published articles for children'smagazines ("Games and Toys in AncientRome" and "Traveling the Tokaido in 17th Century Japan," in Learning Through History magazine, and "Barry's Very Grown Up Day"in Zootles magazine), she realized she'd found herniche: writing for children. She wants to share with kids and teens her love ofbooks:  the worlds they open, the thingsthey teach, the feelings they express.

She's a member of Society of Children's Book Writers and Illustrators(SCBWI).

No matter what new paths she maytravel down, she sees her writing as a lifelong joy and commitment. --This text refers to an alternate kindle_edition edition.
Read more