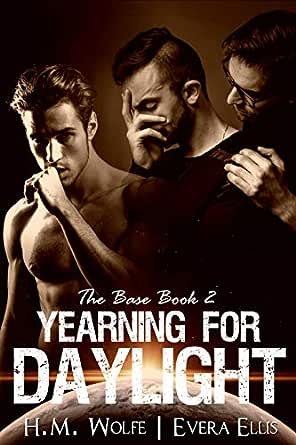 You've subscribed to The Base! We will preorder your items within 24 hours of when they become available. When new books are released, we'll charge your default payment method for the lowest price available during the pre-order period.
Update your device or payment method, cancel individual pre-orders or your subscription at
Your Memberships & Subscriptions
There was an error. We were unable to process your subscription due to an error. Please refresh and try again. 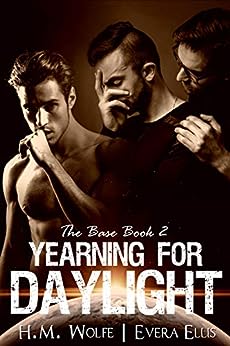 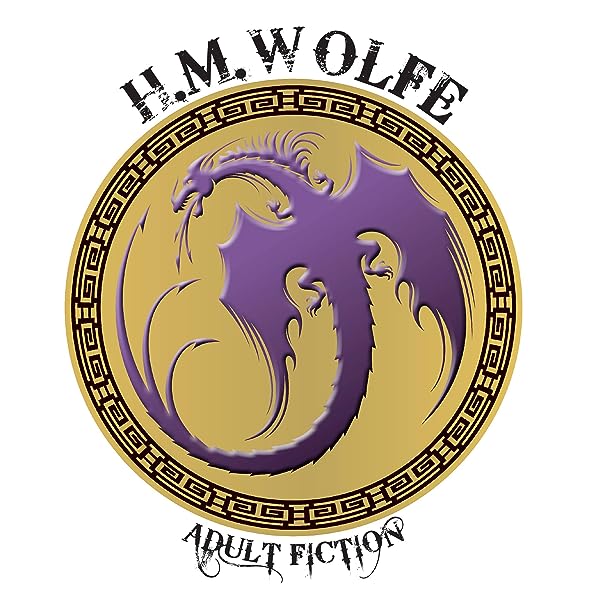 Yearning for Daylight (The Base Book 2) Kindle Edition 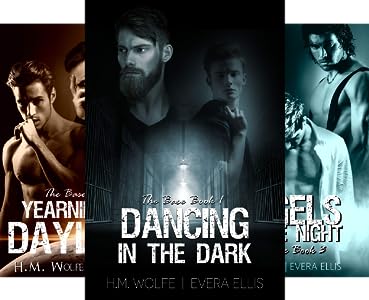 Sue Allen Milkovich
5.0 out of 5 stars ANOTHER AMAZING STORY
Reviewed in the United States on August 23, 2020
Verified Purchase
I'm sooo excited for Book #2 of THE BASE SERIES. This is a TERRIFIC spin-off of THE DRAGONS' HOUSE SERIES. These are all new love stories about unconventional relationships. This story centers around finding old and new lovers and family. Drake stumbles into the base with the intention of fulfilling his Mother's dying wish. Everett is there to find Winter. Finn is there at the request of Ardan. They will all find their forever love. Lots of catch up, lots of kids and HOT scenes that are tastefully done. I enjoyed this book very much. I'm happy that H.M. WOLFE decided to invite EVERA ELLIS to join in this leg of the series. They are an impressive team. I'm sooo looking forward to Book #3. I HIGHLY, HIGHLY RECOMMEND THIS BOOK AND THIS IMPRESSIVE SERIES!!!!!!
Read more
Helpful
Comment Report abuse

Yet again these two authors did a fabulous job with the main characters Drake, Everett and Finn.
I love their chemistry and their strength.
Drake who knew how to handle the situation between Finn and Everette, giving them the time they need. Knowing when to step back and when to push...

More and more I am surprise at each twist and turn.
Riley's heritage was a shocker...
I'm wondering if Darla also had a hand in the death of Everett's family and Don Salvatorrie's son in order to make way for her kids.
I'm still contemplating whether Fabian is changing or he still has a card left to play.
That one sec of teary eyes when Winter rejected Fabian almost took the cake.....never the less, I think there is more to Fabian's story yet to be uncovered.
Who is lance, what is his story....?
As this series progress there's more question, how will it end?

This book is a mixed of tropes; Second Chance, First Time, to name a few... Well worth the wait.

JayReads
5.0 out of 5 stars Magnificent Continuation To The Base Series
Reviewed in the United States on August 23, 2020
Yearning for Daylight by H.M. Wolfe & Evera Ellis, is a magnificent continuation in their The Base series. Full of twists and surprising events, there is never a dull moment for the occupants of The Base. Made all the more unpredictable by an ever-present female antagonist who is a piece of work. While Yearning for Daylight has its dark moments, I found it not as dark as the series debut, Dancing in the Dark. Note that it is absolutely necessary to read this series in order, as the lives continuously evolve for this family of once and newly tortured souls.

Drake Cavanaugh has just lost his mother. Fulfilling her dying wish, he heads to NYC to live his life for himself and to seek out the father he has never known. His journey takes a detour to The Base when an unexpected car breakdown allows Everett to enter his life with a connection he has never experienced.

Everett Isbell-Manfredi’s life is full of deceit and heartache. Part of the Lombardi mob family, when the ascending grandson, Winter Lombardi, wants nothing to do with the “family”, Everett becomes the consigliere and finds his new duties overwhelm him. However, Everett wishes to remain at The Base and forge a bond with Winter. Little does he know that his actions will change his life forever.

Finn O’Leary is the one that got away. His relationship with Everett was shattered at the hands of the unscrupulous Darla Isbell-Manfredi. It is unforgivable what she does for control and money. Yet, Finn has never forgotten his first love, nor has he moved on.

The heartache and manipulation that ruins two young lives may just have been the twist of fate that allows Finn and Everett to embrace Drake into their lives. Theirs is a special bond, in which Finn and Drake share a platonic bond; yet both have an intense romantic connection to Everett.

Yearning for Daylight brings an M/M/M mafia romance with a second chance to life in true Technicolor. The love between Finn, Everett and Drake is intense and the twists and turns that allow them to become an intimate family extract hope, beyond all hope, that they will have the ability to overcome each obstacle that crosses their path. The comfort and support they provide one another is incredible to witness, renewing the belief that love can conquer a lot.
Read more
Helpful
Comment Report abuse

Lexi Zieve
5.0 out of 5 stars Amazing second book!
Reviewed in the United States on September 9, 2020
I loved this book! It was so good! Such amazing characters and plot had me on the edge of my seat for a lot of the book. I was so excited for this second book and it definitely lived up to my expectations and then some. Drake, Finn, and Everett were definitely amazing and fun characters. Drake’s mom is dead and he goes to try to fulfill her dying wish and that’s when things start to get interesting. Their story made me smile and sad at a few times. Each character has had their own loss to deal with and troubles. There was a lot of heartache that tugged me along and yet there were also amazing moments of happiness. This ride won’t let go from the moment it gets a hold of you! So good! I can’t wait for more stories and more characters to get to learn about.
Read more
Helpful
Comment Report abuse

Kathryn M
5.0 out of 5 stars Amazingly Addictive Series
Reviewed in the United States on September 18, 2020
Yearning for Daylight by H.M. Wolfe and Evera Ellis is the second book in The Base series and somehow was even better than the first book. We get multiple point of veiws again and a few interesting themes are in the story. There are a couple mmm relationships in this book and they mix extreme heat with sweet moments . There are intense moments, suspense and action.... Definitely kept me on the edge and needing to see how it all ended up. My interest is piqued for the third book.
Read more
Helpful
Comment Report abuse

Ana
3.0 out of 5 stars Entertaining.
Reviewed in the United States on September 4, 2020
It's always nice to go back to read about old dear characters. Always manage to put on a smile at my face. I already understood this is not their time to be on spotlight so I wont complain about little on page time.
There was a character I particularly liked. I wasnt realy fond on the main characters but I did found most of the story interesting. There were a few events that werent particularly of my like but overall it was entertaining.
Read more
Helpful
Comment Report abuse

Joscelyn Smith
5.0 out of 5 stars Love × 3
Reviewed in the United States on August 20, 2020
I absolutely loved these characters, Drake, Finn, and Everett were such lovable characters. Wonderfully well-written, they've all experienced their share of pain and loss and I really enjoyed seeing them find solace in each other's arms. A great addition to the series, I'm looking forward to book three.