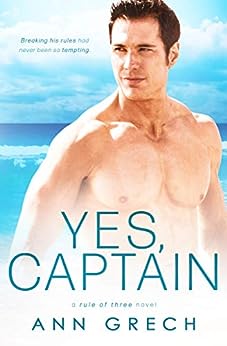 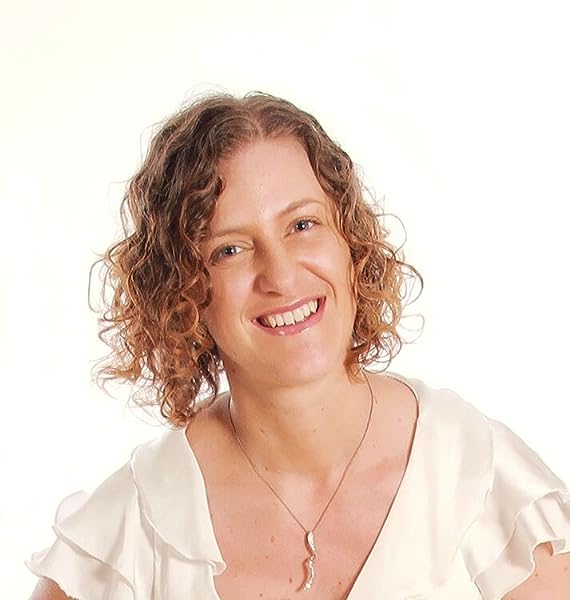 Bloo Paws
4.0 out of 5 stars A wonderful beach read.
Reviewed in the United States on April 19, 2021
I wanted to read and review a book that takes place on a cruise ship, and even better, one about the captain. So when the opportunity came to read and review Yes, Captain by Ann Grech, I signed up for the chance.

First off, the two main characters are very likeable. Will is an openly gay man who’s been burned by a past relationship. He also has a strict rule of never dating anyone on board his ship—and that includes the staff.

Although Eddie came from a loving home, he suffered from immense bullying. This made him more determined to reach for his dreams. I liked this about him. He’s a go-getter who doesn’t let anyone play with his emotions and feelings. He knows he’s worthy, even though others tell him differently.

The first forty-three pages are backstory. Yes, it was nice getting a glimpse into Will and Eddie’s background, but it did stall the story. I will admit my eyes were glazing over and I skimmed some of this backstory to get to the meat of the plot—and that is Eddie and Will meeting on board the ship.

Once they do meet, the story takes off. There is instant chemistry between the two. What I liked was how they built a friendship first before going any further. It was refreshing to see two grown men taking their time in a relationship. There is even a sub-plot of a nefarious staff person who butts into their budding love affair.

The setting on the ship was the perfect place for a romance between a silver fox and a young dancer. There was much romance at many tropical getaways that I enjoyed reading about. I also liked the glimpses into the operations of a cruise ship.

The meaningful conversations between these two are what make this story a winner for me. I enjoy reading about how two people are captivated by one another, besides their physical chemistry.

Back to the setting, I loved that it took place down under. I always enjoy a book that takes place in Australia and the surrounding area.

The dialogue is realistic. The narrative isn’t heavy. The story is low angst. It’s a great read for the beach. A book I recommend.
Read more
One person found this helpful
Helpful
Report abuse

Robyn Corcoran
5.0 out of 5 stars A fabulous story
Reviewed in the United States on April 15, 2021
Will, the captain of the MV Dreamcatcher cruise ship, meets dancer Eddie on board and both immediately feel an instant attraction. This is their story.

This new improved story captured my heart from the very beginning with the background of Eddie. I have to say, Eddie’s father is a wonderful character and I fell in love with his parenting, the same with his mother. The same with Will’s background, I could cheerfully have smacked the smugness from one particular character. The extension of Will’s journey in his career and his family story were a great addition showing us a deeper insight into him. Actually, both lead characters I believe, became more real and I felt like I knew them so much better. I especially enjoyed some crossovers with characters in this author’s other stories.

I really enjoyed the fact that they didn't rush headlong into anything straight away but wanted to really get to know each other, this is far more realistic. That's not to say they weren't sexually hot, they were! But the depth of feeling for each other meant so much more.

Eddie is such a fun, flamboyant character and totally loveable, you can't help but like him straight away. Will is the epitome of a cruise captain, class and elegance but he has a touch of vulnerability too. He also knows how to enjoy himself and let go which is good to see.

While this has such a lot of fun in it, there is a darker side of the story highlighting serious issues like bullying and prejudice. These are handled really well and realistically too.

Yes Captain is an easy to read story that will leave you feeling fantastic. I loved Dance With Me but can honestly say this is even better. I look forward to reading more in this series of books.
Read more
One person found this helpful
Helpful
Report abuse

OldLadyStauffer
4.0 out of 5 stars Just What I was Looking For
Reviewed in the United States on April 21, 2021
This book was a fun surprise. I was first told about it by the author when I posted a book request—in a Facebook book group—asking for books with a size difference between the main characters. I added bonus points if it bucked the stereotype of who fit what role in their sex life. This did indeed fit my request to the T. It also added a dose of swoon-worthy moments of tenderness.

When we first meet Will and Eddie, they are at very low points in their life. Then, throughout the rest of the book, we skip to different parts of their lives—up until they meet. I love how they became friends first. I enjoyed the progression and was happy when they took the next step. They were wonderful together, and sweet. Both men deserved happiness, so I was pleased when they reached their ultimate HEA.

I felt the way Ann Grech structured the story had a sense of uniqueness about it. I enjoyed it. I enjoyed learning about their past by experiencing it with them, instead of in conversation or internal dialogue. It kept me on my toes and gave me a broader personal of who these men were before and after they met.

This book is the second—well technically 1.5–book in the series, but can be read as a stand-alone. It was well written and full of great characters, minus a few... I definitely recommend it for a heartwarming read.

Missy Kretschmer
5.0 out of 5 stars Outstanding
Reviewed in the United States on April 17, 2021
5 Stars

Yes, Captain was a phenomenal book written by Ann Grech, who is a brilliant author. When reading this book we are reminded it's ok to love who we love, no matter the gender.

When Eddie sees Will for the first time on the ship, he is struck with feelings, but he has a rule that he likes to follow—no dating staff members. Despite that, the more they get to know each other, the more he likes Eddie. Soon, Will finds himself breaking his rule.

This story was very well written, and will definitely open other readers' eyes on love. I could see myself being friends with both characters. This book was written with two different POV. The characters were very likeable. The storyline didn't drag at all, throughout the book. I highly enjoyed it.

***Copy provided to Bayou Book Junkie for my reading pleasure. A review wasn’t a requirement. ***
Read more
One person found this helpful
Helpful
Report abuse
See all reviews
Back to top
Get to Know Us
Make Money with Us
Amazon Payment Products
Let Us Help You
EnglishChoose a language for shopping. United StatesChoose a country/region for shopping.
© 1996-2021, Amazon.com, Inc. or its affiliates