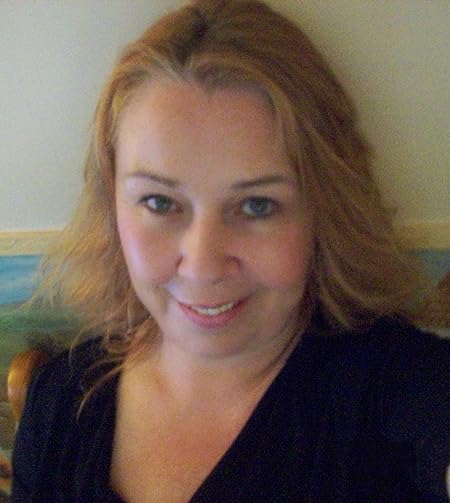 After winning first place in a poem contest early in her writing experience, she was captivated. A majority of her books end with a happily-ever-after, but it's the journey to get there that makes each book a rich experience. She lives with the love of her life and their three furry babies in Texas. 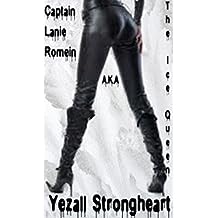 Captain Lanie Romein a.k.a. The Ice Queen Nov 8, 2013
by Yezall Strongheart
( 2 )
$3.59
Lanie is a girl who already has an intense interest in stars and space travel. A handsome blue man from space pays her a visit one fateful night, and increases her desire to reach into the universe. She thought he might be back for her, but when he didn't return, she decided to do everything in her power to find him. Ultimately she studies at the Space Academy to become the first woman star ship captain. When that doesn't turn out like she hoped, she takes matters into her own hands. She is determined to find the blue man and maybe a hybrid child. Many adventures await her in space. She finds new friends and an unlikely companion. More importantly she finds out who she is and what she values most. Many surprising twists with a bit of humor keeps this story moving quickly from chapter to chapter. You'll met many interesting characters along the way.
Read more 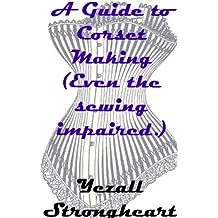 A Guide to Corset Making (Even the sewing impaired.) Mar 27, 2012
by Yezall Strongheart
( 5 )
$7.99
This book will guide you step by step on how to make a custom fitting over bust corset from your own custom pattern. You will learn from the detailed diagrams and instructions how to measure for every body type. There is only one pattern style to work from, but with your own creativity it can be something special! It IS a " true" corset if you follow the directions properly using the materials I describe.

I have included definitions of materials to use and suggestions on where to buy them. Even if you are not an expert at sewing the directions are simple and easy to follow.

You have seen the prices on ready made corsets! Now you can make the corset of your dreams for a fraction of the price. Your imagination is your limit to how simple or ornate yours will be.
Read more 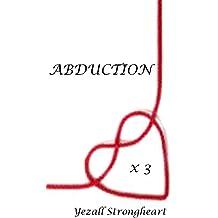 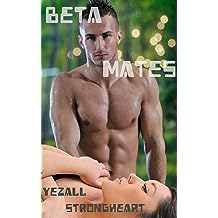 Beta Mates Oct 27, 2013
by Yezall Strongheart
$2.99
In the dystopian future, science and technology have advanced in many ways. A doll, manufactured by a distraught scientist after his daughter is raped and murdered, was meant to cut down on the crimes against women. In doing that, the doll soon became the plaything of the wealthy.
They were as no one had ever imagined, organic rather than robotic, self-contained units, with realism, all made to order.
What if one became aware? Would she risk her owner finding out, or would she keep it a secret? 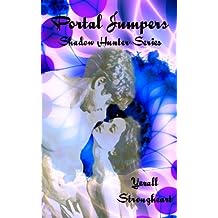 Portal Jumpers (Shadow Hunters Book 1) Jul 9, 2013
by Yezall Strongheart
( 1 )
$2.99
Callie is a girl out for an evening of meaningless sex when she runs into a cowboy named Vlad dressed all in black. Finding him a little odd, she is strangely attracted to him. He might even be someone she went to school with.
She discovers he has killed someone. It’s not quite that easy, it wasn’t him exactly. He claims to be from a different world. It might be a evil part of him that has split from him. She ends up harboring this handsome fugitive in her parent’s lake house.
She finds out he’s also running from entities from another world that could mean danger for Callie’s world and Vlad’s world. They escape through a portal into his world that is run by a Goddess. Sex is part of everything they do. Callie and Vlad are commissioned by the Goddess to form a team to fight the Shadow People and seal their portal.
Read more 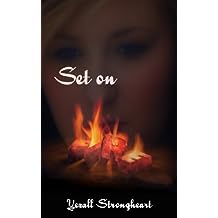 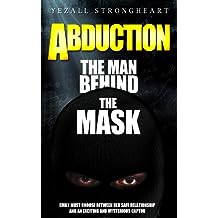 Abduction The Man Behind the Mask Apr 30, 2012
by Yezall Strongheart, Roy Mauritsen
( 1 )
$1.99
Emily has a safe relationship with Ash; they have been together since high school. Emily has a secret desire Ash can't satisfy. The image of a man in a mask sends her lust into high gear. Her dream has become a reality, captured and ready to be used freely by a man in a mask.

“BE SILENT” He said in a booming voice. He paused then continued in a soft voice, “You have no reason to fear for your life; you will come to no harm. I will make you do things you don’t want to do, at first…but you will come to find pleasure in these things … I promise.” 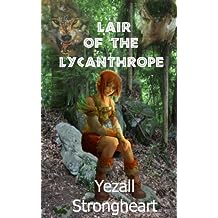 Lair of the Lycanthrope Apr 11, 2012
by Yezall Strongheart
( 3 )
$0.99
Maraisal is a forest elf who has been kidnapped by humans. Van is a human who lives with a family curse to live as a lycanthrope for a portion of his life. When he was young he fell in love with Maraisal but kept it to himself never believing she would fall in love with him. One fateful day he ventures out to secretly see her only to view her capture by slave mongers. He follows her and her captors and frees her,finally they meet! Follow this romantic adventure as Van confesses his love for her, and all the hurdles they must overcome. There are many surprises in store as the tale twists in many directions. Come be immersed in a world of fantasy where anything is possible.
(Some mild adult content)
About 17,500 words
Read more 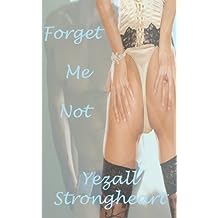 Lily had to grow up quick and take charge, her childhood cut short. Then one day...Time stood still...and he entered her life, to give her a day to remember. They spend the day falling in love. This sensual stranger takes her to heights she never thought possible. As the day ends will she remember, or is it just a dream? 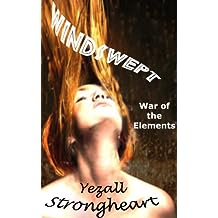 Windswept - War of the Elements Feb 3, 2012
by Yezall Strongheart, Carol Wills, Carolyn Scott
( 7 )
$0.99
Zylena is a girl who controls the wind but her life is hardly her own. Leaving her small village, she travels with her Element Mate to the city of Tivolty seeking her father. The trip is...eventful. She is given into the care of dashing assassin to protect her from slavery. That's only the beginning...
The dark assassin, Rueark, steals her reluctant heart. Kaneck, her Element Mate is forever connected to Zylena by their Elements. Who will finally master her?
Come on this journey with Zylena while she learns to control her element. Know her more intimate thoughts as tries to know her true heart. Feel her fear for friends and for herself as the war draws near.

A colorful tale of romance, fantasy, and adventure; it has something for even the most discerning reader. 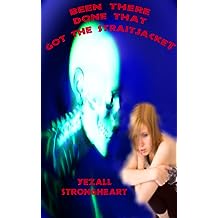 Been there, done that, got the straitjacket... Dec 31, 2011
by Yezall Strongheart
( 2 )
$0.99
Three short Stories:
Beyond Belief- Admitted to an Insane Asylum, Betsy knows she isn't crazy. Trapped in a a gateway to hell, there is no way out.

Hadley's - A visitation from the past has Lucy wondering, just who is this man? Her Mother holds the key.

Time on My Hands - Rennie and her Grandfather travel across the ages. She knows nothing of her own time, never being allowed to leave the house.
Read more