Yin-Yang Code: Shadow of Tenkai-Bo (Book 2) and millions of other books are available for Amazon Kindle. Learn more
Share 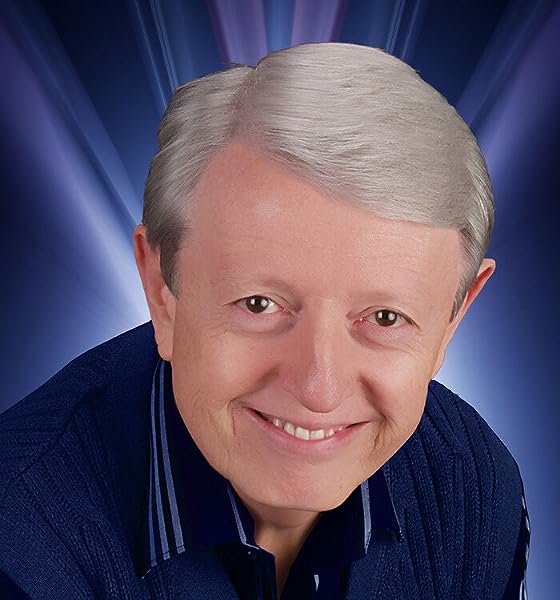 Page 1 of 1 Start overPage 1 of 1
Previous page
Next page
Start reading Yin-Yang Code: Shadow of Tenkai-Bo (Book 2) on your Kindle in under a minute.

Lisa
5.0 out of 5 stars MARTIAL ARTS, TEACHINGS, BETRAYAL, AND LOVE
Reviewed in the United States on February 15, 2019
Verified Purchase
Review of Yin-Yang Code
Shadow of Tenkai-Bo
By Lisa Rhoads
February 14, 2019

Book two opens with a recap of book one to pick up where book one left off.

Jun is being held by the evil Tenkai-Bo and Daiki and his friends are racing against time to save her before Tenkai-Bo kills her.

Discover what the black scarab is. Find out how Kukai's scroll has caused the death of many people because of the 1200 year old secret it contains. What is a Shakujos? How does it unnerve those who hear it?

Find out about the immovable stance.
What causes the medallion yo-yo to glow and resonate with a strange hum. There are many teachings and Japanese words in this book. The illustrations are also amazing and help you to understand more about what is going on.

Read about the horror of Tenkai-Bo's wheel of death. Find out why Daiki climbs inside of temple bells in his race to save Jun.

The books teaches you who the Shinigami are; the oldest evils in all of civilizations. Who are the Reapers? What do they do?

Daiki is very amusing at times. He nicknames some of the ancient evils "bird beaks". Also read about the round of bowing the students do with a Priest at one of the temples.

During a brutal battle, Daiki unmasks Tenkai-Bo and discovers who it is. Some wise words from Daichi "There is so much more in this world of ours than what we believe and certainly more than what we see."

This second book takes you through Reapers, a warrior of many masks, Tsuchi, betrayal, mysteries, weapons, torture, hunting for parts to a puzzle, and sacrifice. It is an age old battle of darkness and light. Good vs Evil. And the final game of death. There is also much love, loyalty and unbreakable friendships. This book is fast paced and full of action. It will take you through the gamut of emotions. I highly recommend both books. They will take you on a breath-taking adventure.

John T Barrows Jr
5.0 out of 5 stars So many twists and turns to keep you glued to the book. You never know what will happen next!
Reviewed in the United States on January 18, 2019
Verified Purchase
Second book in the series and it was even better than the first! So many twists in the story line to keep you guessing! Lots of action and suspense! Sho Kosugi did a great job with this series! I loved the Japanese history and legends mixed into the story! Buy this book! You will love it!
Read more
One person found this helpful
Helpful
Report abuse

Dan Richard
5.0 out of 5 stars The thrilling conclusion to an epic saga of Japanese mysticism
Reviewed in the United States on January 27, 2018
Picking up where YING-YANG CODE: THE DRUMS OF TENKAI-BO left off, this second part of legendary ninja movie superstar Sho Kosugi and co-author Warren Chaney's epic saga amps up the action, intensifies the drama, and dives full on into the mystical world of Japanese history, legends, and deadly warriors.

Racing against time to rescue his beloved Jun who has been abducted by the evil Tenkai-Bo and his army of shugenja warriors, Daiki and his friends continue their quest to find the lost treasure of the legendary Japanese monk Kukai, by searching for pieces of a puzzle at the 88 temples of Shikoku.

Like the first book, this one had me on the edge of my seat and I couldn’t wait to find out what happened next. And like its predecessor, YING-YANG CODE: SHADOW OF TENKAI-BO is not only written in a very visually descriptive style but features wonderful illustrations by Shinobu Ohno and Mr. Chaney that beautifully bring to life the characters and events being described. All the way through I kept thinking this would also make an amazing graphic novel (comic book), or better yet an awesome movie.

Krista Tuta
5.0 out of 5 stars What a read! Even better than the 1st!
Reviewed in the United States on August 21, 2018
And I thought the first book was good!! Ying-Yang Code 2: Shadow of Tenkai Bo was extremely well written, adventurous, and had me biting my nails. I was so engrossed in the story it felt like I was transported into an ancient realm. I highly recommend this book for history and action lovers, especially those who enjoy martial arts.
Can't wait to see if this becomes a movie!! Would be a box office hit!!
Read more
Helpful
Report abuse
See all reviews
Back to top
Get to Know Us
Make Money with Us
Amazon Payment Products
Let Us Help You
EnglishChoose a language for shopping. United StatesChoose a country/region for shopping.
© 1996-2021, Amazon.com, Inc. or its affiliates