Yoga Heart: Lines on the Six Perfections and millions of other books are available for Amazon Kindle. Learn more 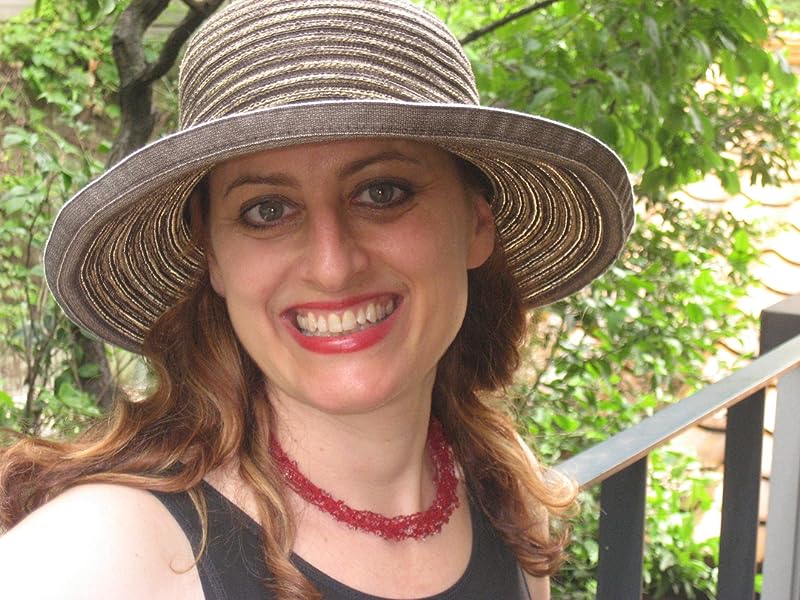 by Leza Lowitz (Author), Akiko Tanimoto (Illustrator)
4.4 out of 5 stars 17 ratings
See all formats and editions
Sorry, there was a problem loading this page. Try again.

"A beautifully written book of moving, meaningful, thoughtful, reflection-inducing poetry.  Every yoga teacher and yoga practitioner should have it in their library." --Elephant Journal

"There's a simplicity in Yoga Heart that belies the complex undertones of the themes at hand. As a companion for yoga, it's the perfect complement, flexing the mental muscles as much as the physical. As a meditation, it goes even further--verging on perfection." --Peter Tieryas, Author, United States of Japan

"This is a beautiful book in every way... A work of art and a guidebook for living real life.  If you do any kind of contemplative practice, I not only recommend that you get this book - I urge you to!"
--Barry Graham, Zen Buddhist Monk & Author, The Book of Man

"Yoga Heart is a tiny treasure to hold and to behold. Even the typography and colors are food for contemplation...highly recommended for people who will not only read the lines for enjoyment, but also use them for contemplation and right action in life." --New York Journal of Books

"This is a beautiful book in every way... A work of art and a guidebook for living real life.  If you do any kind of contemplative practice, I not only recommend that you get this book - I urge you to!"
--Barry Graham, Zen Buddhist Monk & Author, The Book of Man

Leza Lowitz is the award-winning author/editor/translator of over fifteen books on Japan, including Yoga Poems: Lines to Unfold By and Sacred Sanskrit Words (with Reema Datta). A long-time teacher and practitioner of yoga and meditation, she owns the popular Sun and Moon Yoga studio in Tokyo.
Read more
Start reading Yoga Heart: Lines on the Six Perfections on your Kindle in under a minute.

FireTier
5.0 out of 5 stars A beautiful book of poetry!
Reviewed in the United States on August 25, 2011
Verified Purchase
Life has sort of become a cacophony of distractions. There's a whole lot of clutter with the bombardment of media and other venues vying for your attention. It's rare to be able to take a step back and reflect on the nuances of 'self.' Yoga Heart: Lines on the Six Perfections is a meditative journey reminding readers through its poetry of the six qualities that help us to connect with a world which seems to getting both more intertwined and isolated at the same time. Accompanied by the illustrations of Akiko Tanimoto, the brushstrokes are reminders of the intangibility and elusiveness of perfection. Exploring the themes of generosity, kindness, patience, joy, stillness, and wisdom, the effect the book had on me was like a refreshing balm after scorching my head in the firestorm of every day life. I read quickly through the poems the first time, then went back and read 2-3 poems a day, reflecting on what each meant. In, "What Does It Mean To Be Zen," the author writes,

In Skydancer of Bliss, she asks,

Do you die a little each day,
forgetting who you are?

There's a simplicity that belies the complex undertones of the themes at hand. As a companion for yoga, it's the perfect complement, flexing the mental muscles as much as the physical. As a meditation, it goes even further- verging on perfection.
Read more
2 people found this helpful
Helpful
Report abuse

Jessica Sporn
5.0 out of 5 stars Arresting, Moving Poems
Reviewed in the United States on March 30, 2012
Verified Purchase
The very first poem in the beautiful collection just stopped me in my tracks. I read it over and over, and it resonated with me for days. So many of the poems in this collection are like that. They are truly written from the heart. Lowitz finds beautiful and artful words and images to describe the indescribable truths and beliefs. As a yoga teacher, I will be reading from this book to my students. As a yoga student, I will be meditating on these beautiful poems.
Read more
2 people found this helpful
Helpful
Report abuse

Kathy H
5.0 out of 5 stars You need this one 🧘‍♀️🧘‍♀️🧘‍♀️
Reviewed in the United States on October 4, 2018
Verified Purchase
What a wonderful book!!! Loved it a must have...🤗
Read more
Helpful
Report abuse

Leta
2.0 out of 5 stars Not inspired.
Reviewed in the United States on August 14, 2011
Verified Purchase
I was very excited about this book based on the description, but was disappointed when I got it. There are a few gems that I liked, but for the most part it seemed like watered down versions of common cliches. It did remind me of the things my yoga teachers say during class; gentle thoughts that are good for creating a mood and mindset in class, but not anything powerful or insightful enough to put in a book and read outside of class. But I'm sure many people feel differently and love this book. Namaste.
Read more
2 people found this helpful
Helpful
Report abuse

Tsering Om
5.0 out of 5 stars Yoga poems to elevate one's pratice.
Reviewed in the United States on July 24, 2014
Verified Purchase
Leza Lowitz is a great writer, poet, and yoga teacher. One can connect with her Wisdom through these inspiring poems that will guide you into perfection.
These lines will deepen one's yoga practice by adding meaning and intention to it. It simply elevates the practice.
Read more
2 people found this helpful
Helpful
Report abuse

Geoff
5.0 out of 5 stars A joy!
Reviewed in the United States on August 28, 2011
Verified Purchase
The Yoga Heart collection is a delight - sheer joy. Leza Lowitz's poems arranged around the six perfections - Giving, Kindness, Patience, Joyful Effort, Stillness, Wisdom - speak from and to the heart. They make me happy, thankful, present and at times I laugh out loud. I am returning again and again to favourites and to the whole. It is a book I will gift to my dearest friends. Beautiful, beautiful, beautiful...
Read more
One person found this helpful
Helpful
Report abuse

Rereading books like ‘Yoga Heart’ can be a singular pleasure. Leza Lowitz, author, translator, editor, art critic, lecturer and yoga teacher, clearly lives a fruitful, creative life, one held firm by a carefully cultivated balance and equipoise few of us are able to achieve. Perhaps that is the key to the experiential quality of these poems. In the same manner that yoga exercises are repeated and perfected, these brisk, crystalline lines of verse can be re-summoned from that spot in the mind that accommodates a convergence of the physiological and spiritual. The elimination of distractions that is fundamental to yoga is evident in the verse itself, whose subtlely crafted essence and compressed imagery, in common with classical Japanese poetry, results in an intensifying and exalting of experience. With these liberating poems the writer inveighs us to, “Turn down the volume/of the world/ Turn up the sacred pulse.” There are no paeans to individual love or passion here, but both are manifest in the infinitely broader concepts of giving, compassion, and joyfulness, the sheer pleasure in being alive. Returning to this collection, one is gladdened to find that quality verse seasons with time. The ink illustrations by Akiko Tanimoto are suitably sinuous, balletic strokes to match the stripped down wisdom of the poems, the collection’s gentle instructions and admonitions.
Read more
One person found this helpful
Helpful
Report abuse

clarayogibear
5.0 out of 5 stars Perfect gift for yourself and for others
Reviewed in the United States on December 1, 2012
This book is not only aesthetically beautiful (cover, illustrations, font and paper) but is filled with poetry that is perfect for meditative contemplation on Buddhist teachings. Whether you are a yoga teacher who would like to share some sacred and honest words with your students or just to savour the poems which are completely relatable to life for yourself, this book is perfect. The fact that all the author's proceeds go to helping those suffering from the Tohoku Earthquake of 2011, completely embodies the teachings of this special book. A great gift idea!
Read more
2 people found this helpful
Helpful
Report abuse
See all reviews
Back to top
Get to Know Us
Make Money with Us
Amazon Payment Products
Let Us Help You
EnglishChoose a language for shopping. United StatesChoose a country/region for shopping.
© 1996-2021, Amazon.com, Inc. or its affiliates