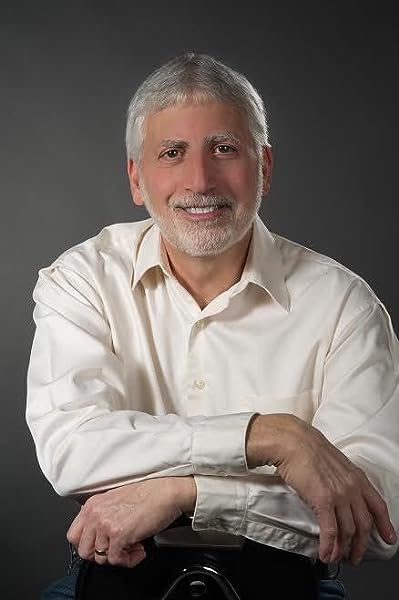 "If you're a lifetime baseball fan, you'd rather be watching an early-season major-league game now instead of recycled classics during this plague year. But Mr. Pessah's book is as good a proxy for baseball pleasure as you're going to find. It's a relaxed, sprawling affair-like those Yankee Stadium Sunday double-headers...This is a heart-warming narrative with a heroic protagonist who overcomes every imaginable obstacle to achieve greatness."
―Edward Kosner, Wall Street Journal

"Now, when the baseball season would normally be in its early days, Jon Pessah's biography Yogi: A Life Behind the Mask arrives to help fill the void. It's a book that covers the funny quotes and the exceptional career, but also the complicated and sensitive person often obscured by the image."―John Williams, New York Times

"Pessah proves to be the only writer of baseball books who you would stand on line for hours to get copies of his work, on the day the publisher stocks store shelves."
―Observer-Dispatch

"Better reading could hardly be found."
―The Spectator

"Pessah provides a gripping account of the Yankees' postwar dynasty, but he also generates excitement for Berra's stint with the Mets, most notably the 1973 Amazin's. Where he excels is in probing the relationships in Berra's baseball career... The book also expertly situates Berra's life in historical context. Yogi: A Life Behind the Mask lives up to a Herculean task, offering a fresh look at a player ubiquitous in American culture. It will fit nicely on any Yankees fan's bookshelf."―Pinstripe Alley/SB Nation

"While a number of books have been written about Yogi Berra, none are as comprehensive as this in-depth account by sportswriter Pessah ...A thorough, engaging read for Berra fans and Yankee admirers."
―Library Journal

"A vigorous biography of the New York Yankees legend... Yogi emerges as a man who was more thoughtful than many give him credit for...A welcome life of the Yankees icon and worthwhile reading for any baseball buff."
―Kirkus

"Yogi Berra is a poster boy for the greatest generation; both a man of great character and a ... great character! His journey from "The Hill" to Normandy to Yankee hero to American icon is inspiring. Thank you Jon Pessah for making this book necessary!"
―Marty Appel, Yankee historian and author of Pinstripe Empire,Munson and Casey Stengel

Jon Pessah is The New York Times bestselling author of The Game, a critically-acclaimed examination of the power brokers who built the major league baseball into a multi-billion dollar business. A founding editor of ESPN the Magazine, where he ran the investigative team, Pessah has also managed the sports departments for Newsday and the Hartford Courant.

Start reading Yogi: A Life Behind the Mask on your Kindle in under a minute.

4.7 out of 5 stars
4.7 out of 5
343 global ratings
How are ratings calculated?
To calculate the overall star rating and percentage breakdown by star, we don’t use a simple average. Instead, our system considers things like how recent a review is and if the reviewer bought the item on Amazon. It also analyzes reviews to verify trustworthiness.

T. Bowers
1.0 out of 5 stars Overrated at Five Stars
Reviewed in the United States on April 23, 2020
Verified Purchase
I could only get about 40 percent of my way through this book before I had to quit in disgust. First is the irritating practice of writing most of the book in present tense -- strange for a biography. On top of that, he slips back and forth between past and present tense with no apparent logic. In one paragraph, he writes "Yogi threw himself" and "it's not too long."

Second are style inconsistencies. In one paragraph, he writes "seven-game" and "5-game."

Third, although there is a lengthy bibliography, there are no individual source citations. That leads to statements like this in an account of the Yankees' trip to Japan.

"Yogi can feel a lump forming in his throat and tears rolling down his cheeks. Every Yankee and Japanese player feels the same way."

"Yogi is no longer thinking about Sandy Amoros every minute of every day."

If the author did not talk to Yogi, and I don't think that he did, how does he know what Yogi and other players were thinking?

In other words, it is a sloppily done book that could have used much, much editing. Yogi deserves much better.

Thomas Zocco
5.0 out of 5 stars Brings Yogi to Life.
Reviewed in the United States on April 26, 2020
Verified Purchase
I have read several books on Yogi Berra. This one is the best. The author does a great job in bringing Yogi to life. From Yogi's childhood until the end of his life, it is a great read.. Highly recommended.
Read more
17 people found this helpful
Helpful
Comment Report abuse

J. Eyler
5.0 out of 5 stars “When you come to a fork in the road take it.”
Reviewed in the United States on April 27, 2020
Verified Purchase
Yogi-isms that took on a life of their own only marginally defines an authoritative narrative on one of the premier baseball players of all time, a New York Yankees legend. A captivating story of personal events woven together in an immensely engaging personal look at a man who defines the American Dream. If you love baseball; the fierce competitiveness of the game, this book is for you. You won’t put it down.
Read more
16 people found this helpful
Helpful
Comment Report abuse

Mr. Nemo
2.0 out of 5 stars Poorly written and edited but conveys a lot of good stories.
Reviewed in the United States on May 2, 2020
Verified Purchase
Mr. Pessah has the irritating habit of changing tenses within the same paragraph. Much of the book is written in the present tense which is extremely irritating. Further there are egregious errors of fact. One unforgivable example, he refers to Ed Lopat as being a right hander. Lopat and Ford formed the best pair of southpaws in the American League for a few years.
Then there is the vocabulary and sentence structure. The book is written on about a fifth grade reading level.
I did complete the book, though there were times when I either muttered to myself about sentence structure or tense changes or burst out laughing at some of the more outrageously poorly written sentences.
BUT as a person who grew up in the '50's worshipping the Yankees and is an idiot savant regarding baseball from around '49-61, the book does convey some interesting facts that I didn't know. There are several stories that I had not heard or read about before. I did finish the book. Perhaps Mr. Pessah's objective was to write a book on the reading level of that of Mr. Berra. He does make it clear that Yogi did not receive much of an education growing up and really wasn't interested in an education because he wanted to be a major league player. He became one. Mr. Pessah also does a very good job of making sure that the reader realizes that Yogi's public persona was primarily myth, though uneducated, Mr. Berra was very smart. In summary, the book conveys a lot of facts, but it is not very well written and the proof editor missed way too many mistakes, still I read it.
Read more
10 people found this helpful
Helpful
Comment Report abuse

JPFP
1.0 out of 5 stars Nothing new here, but troubling in a certain way......
Reviewed in the United States on April 22, 2020
Verified Purchase
If you’re familiar with baseball history and lore, there is absolutely nothing new here. Yogi Berra was an amiable dolt who happened to have the talent to become one of the best catchers and likely one of the 50 or so best ever to play the game. Whether or not that entitled him to have life handed to him on a silver platter is a matter of conjecture. Seriously, the Yogi Berra Museum and Learning Center? The chapter that deals with the entitled and abusive way he and his family dealt with that institution is spine chilling. I think it entirely obvious that Yogi wasn’t quite as cute as he looked, and his family wasn’t very attractive at all.
Read more
9 people found this helpful
Helpful
Comment Report abuse

Kindle Customer
5.0 out of 5 stars Excellent
Reviewed in the United States on May 1, 2020
Verified Purchase
Less an has written the best and most authoritative biography on Berra, beginning in his small childhood hangout The Hill in St. Louis to the bright lights of New York. Required reading.
Read more
9 people found this helpful
Helpful
Comment Report abuse
See all reviews