You've subscribed to Hell Yeah!! We will preorder your items within 24 hours of when they become available. When new books are released, we'll charge your default payment method for the lowest price available during the pre-order period.
Update your device or payment method, cancel individual pre-orders or your subscription at
Your Memberships & Subscriptions
There was an error. We were unable to process your subscription due to an error. Please refresh and try again. 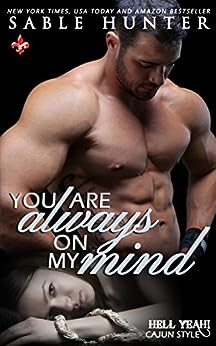 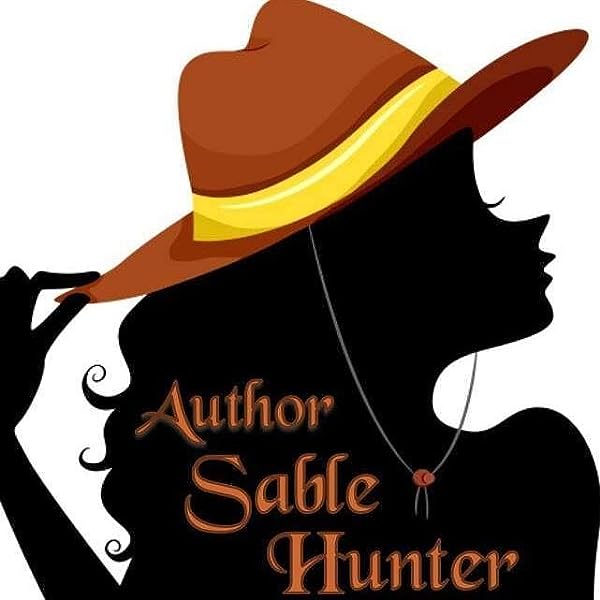 You Are Always on My Mind: Hell Yeah! Kindle Edition 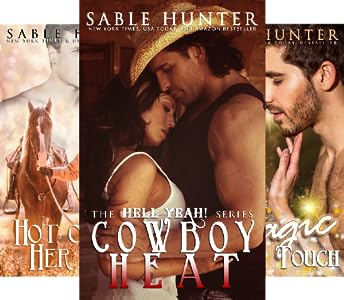 Sable Hunter is a New York Times, USA Today bestselling author of nearly 50 books in 7 series. She writes sexy contemporary stories full of emotion and suspense. Her focus is mainly cowboy and novels set in Louisiana with a hint of the supernatural. Sable writes what she likes to read and enjoys putting her fantasies on paper. Her books are emotional tales where the heroine is faced with challenges. Her aim is to write a story that will make you laugh, cry and swoon. If she can wring those emotions from a reader, she has done her job. Sable resides in Austin, Texas with her two dogs. Passionate about all animals, she has been known to charm creatures from a one ton bull to a family of raccoons. For fun, Sable haunts cemeteries and battlefields armed with night-vision cameras and digital recorders hunting proof that love survives beyond the grave. Welcome to her world of magic, alpha heroes, sexy cowboys and hot, steamy to-die-for sex. Step into the shoes of her heroines and escape to places where right prevails, love conquers all and holding out for a hero is not an impossible dream.

4.9 out of 5 stars
4.9 out of 5
73 global ratings
How are ratings calculated?
To calculate the overall star rating and percentage breakdown by star, we don’t use a simple average. Instead, our system considers things like how recent a review is and if the reviewer bought the item on Amazon. It also analyzes reviews to verify trustworthiness.
Top reviews

Kindle Customer
5.0 out of 5 stars Unforgettably epic!
Reviewed in the United States on August 6, 2015
Verified Purchase
Like all of the Hell Yeah books by Sable Hunter, You Are Always on My Mind was a heart clenching book that had me gasping and reaching for tissue as I ugly cried so hard I could barely see the words on my kindle.

Sable Hunter has such a unique way of creating a story that gives us multiple perspectives from extremely well developed realistic and lovable characters. Needless to say it's addicting and once I start reading I can never seem to put the books down.

This story was rough. I will warn that if you have triggers from abuse it may be a bit difficult to read. There aren't a lot of in depth scenes of abuse but it's talked about enough to matter.

Overall, this book was amazing! Everything flowed beautifully and the romance was one that I had been dying for since first meeting these characters earlier in this series. I am definitely ready to find out which love story we get next!
Read more
3 people found this helpful
Helpful
Report abuse

Kindle Customer
5.0 out of 5 stars You Are Always On My Mind
Reviewed in the United States on March 5, 2017
Verified Purchase
A story of how two people can grow up under bad conditions and one can pull out of it while the other just keeps sinking.

Revel' s dad beat his mother and when she died, he beat Revel. As soon as he got out of high school Revel joined the military. He did good, he pulled himself out of that influence and vowed he would never harm a woman.

Harper thought the world of her father, until she was seven years old. Then he started touching her, then had intercourse with her. She didn't know what was happening, but she knew it hurt and was wrong. She begged him to stop, but he put his hand over her mouth and told her to never talk about it. She told her mother, but her mother slapped her and didn't believe it. Finally when she visited gramma, she told her. Gramma took her to the doctor and he said it was true. Then they went to the Sheriff and they all went to confront daddy. He and her mother both denied it. After they left, the mother shot dad and then killed herself. Harper then grew up at gramma' s, but the damage was already done.

When her father had been on her, she would dig her fingernails into her hands to try to forget what he was doing. Even after he died, every time things got bad she would hurt herself. She needed pain to get through whatever bothered her.

Revel fell for Harper in school. They dated, but when he started getting serious, she panicked because she thought she was trash and not good enough. Over the years whenever he heard she was in trouble, he went to her, took care of her, but she always vanished. Finally, he found her in a hospital and convinced her to come to gram' s house. Gram had died and left it to her. He took care of her.

Racheal.
5.0 out of 5 stars To all my friends, this is a must read.
Reviewed in the United States on July 30, 2015
Verified Purchase
"Wow!!!" This is one extremely emotional book. Get your box of Kleenex ladies it's going to be awesome . It takes you on a roller coaster of emotions. This is one of the best ones she's written. Ms. Hunter just keeps getting better and better with each book. All her books make you think, the characters make you laugh & cry. You know it's a good book when weeks later the characters are still fresh in your mind. This is that kind of book. I really love this couple. This is one strong couple. Don't miss out on this wonderful book. Can't wait for her next one.
Read more
One person found this helpful
Helpful
Report abuse

CareBear
5.0 out of 5 stars Big long story
Reviewed in the United States on November 16, 2015
Verified Purchase
I didn't realize this is Noah McCoys Harper, got beat by Ajax because of Isaac McCoy. Once it dawned on me, I almost wanted to put the book down, BUT we all have rough patches in our lives and Miss Harper certainly was having a rough go of it. So I read on because she an Revel deserve an HEA.
This book starts when they were like 10 an 13. Brushes through the McCoy's an Equalizers. We get a reunion with all our Cajun friends and family, plus a history lesson on Harper's home. Ya know ghost and unknown family history. Revel is a wonderful man who put his woman at the forefront of everything he did. I'm extremely proud of that man for undergoing the training he put himself through to better understand what Harper needed an made it perfect for them. Lucky woman! Thank you Sable for keeping the Dream Man alive.
Read more
One person found this helpful
Helpful
Report abuse

PReveal
5.0 out of 5 stars Fantastic Read
Reviewed in the United States on March 23, 2019
Verified Purchase
Pain guilt and being shame is what her Life was. Memories had her craving pain to make it all go away, but it didn't and she had hurt so many and been hurt but she did love one man but he could never love her. Rebel he knew what shame was, what a man can do to a women, but that didn't stop him from living her...... He would never stop trying to get her to know how much he loves her. Emotions run high, ghosts want help, danger is near and all you can do is push threw the pages as you read wanting more. This is a fantastic read
Read more
Helpful
Report abuse

Eileen McCall
5.0 out of 5 stars Revel Lee and Harper Summer's Story! Oh My!
Reviewed in the United States on August 6, 2015
Verified Purchase
OMG Revel Lee and Harper Summers! If you are a fan of the Hell Yeah! series you will love this story. We were introduced to Harper with her previous relationship with Noah McCoy and Isaac McCoy also. And, we all met Revel Lee when the McCoy's and friends went to Mexico to rescue Aron! (sigh!) Well, come to find out that Revel and Harper were childhood friends and Revel realized that Harper was the love of his life. He would do anything to rescue her and make her his. Of course Sable has added a little New Orleans and bayou magic in this as well. I LOVE IT! Great read!
Read more
2 people found this helpful
Helpful
Report abuse

gpearson
5.0 out of 5 stars Revel and Harper have a past. She needs pain ...
Reviewed in the United States on February 11, 2018
Verified Purchase
Revel and Harper have a past. She needs pain and Revel can't give that to her. She tried to get Noah to help her but he wouldn't either.
Revel won't give up though. He will chase her until he can finally make her his.
He finally finds her and gets her to come home with him. She has help from Lucas to deal with her past. Savannah comes to help with their ghost problem. Will they make it through all these ups and downs?
Read more
Helpful
Report abuse
See all reviews

Doubledoodles
5.0 out of 5 stars WOW sable has another captivating story under her Cajun belt
Reviewed in the United Kingdom on July 25, 2015
Verified Purchase
Sable Hunter as a writer is a rare gifted person who captures her readers body, heart and sole with her words/stories. Sable says she wants to make her readers laugh, cry and tingle in a good way, well with this book she's excelled herself again. Revel and Harleys story, isn't the usual pretty romance. Pain, hurt, both physical and emotional are all entwined, with love in abundance. Isn't really much more to say without spoiling the story. It's an amazing book to read, easy to read as a standalone book, but great news for those hooked (and you will be) there are more in this and this wider series Sable has woven together. So feet up, glass at hand, tissues near by, and climb into this book and hang on for a heck of a Cajun ride.
Read more
Report abuse

Mrs. Barbara Murzek
5.0 out of 5 stars Another 5 star for Sable Hunter
Reviewed in Canada on June 22, 2015
Verified Purchase
Sable, you never disappoint. This ebook had touched me and had a few tears rolling down my cheeks at points.What a HERO that Revel is, daaaamn.
Read more
Report abuse
See all reviews