You've subscribed to My Guys Series! We will preorder your items within 24 hours of when they become available. When new books are released, we'll charge your default payment method for the lowest price available during the pre-order period.
Update your device or payment method, cancel individual pre-orders or your subscription at
Your Memberships & Subscriptions
There was an error. We were unable to process your subscription due to an error. Please refresh and try again. 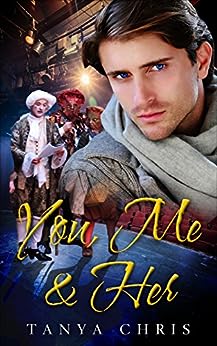 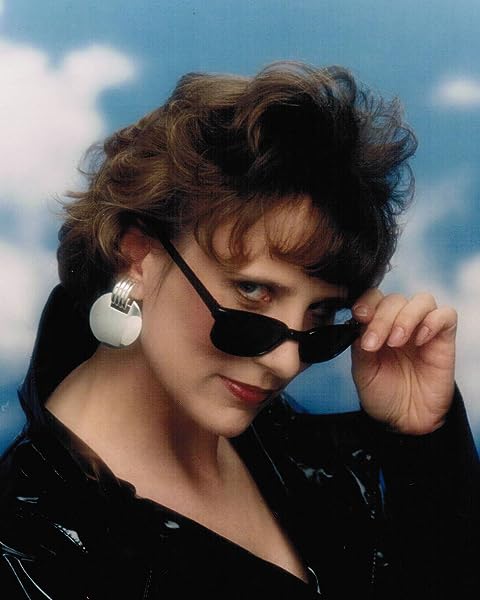 You, Me & Her (My Guys Series) Kindle Edition

Nolyn: The Rise and Fall, Book 1
In the depths of an unforgiving jungle, a legend is about to be born. Listen now
Books In This Series (3 Books)
Page 1 of 1Start OverPage 1 of 1
Previous page
Next page 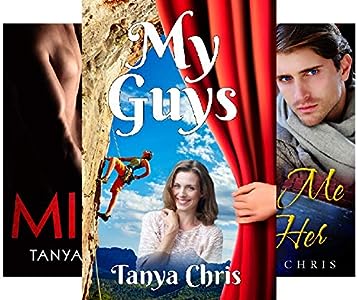 Anne Shure
4.0 out of 5 stars Solid read for polyamory-accepting readers
Reviewed in the United States on June 16, 2019
Verified Purchase
This was a somewhat hard read for me—not because of the polyamory, but because I was a big fan of Joshua, and the book is written exclusively from Nate’s point of view. There were times I wanted to be inside Joshua’s head rather than Nate’s, so that was frustrating. Aside from the POV issue, I enjoyed this book. And I think that it paints a more realistic picture of same-sex-attraction awakening than I’ve read in other works. It was a long, hard struggle for Nate to figure things out with Joshua. There were several honest conversations between the two that I found riveting, and while some might not like how long it took for things to get good between them, I appreciated the slow-burn aspect. There’s a lot more emotional intimacy between the men than between either man and their lady, although there’s physical intimacy between all three; as someone who prefers to read about romance between men, I liked that, but other readers may feel shortchanged. Ultimately, this is Nate’s tale, so he gets to put the emphasis on what he wants!
Read more
2 people found this helpful
Helpful
Report abuse

C Lloyd
5.0 out of 5 stars Hot, funny, sweet
Reviewed in the United States on May 15, 2018
Verified Purchase
Nate has always been a favorite character of mine in this little universe by Tanya Chris (see: MY GUYS and MINE). His book did not disappoint me in the least. Nate has great chemistry with Joshua and Sherry, and watching him learn more about his sexuality was an utter delight. Plus who can resist theater drama? :3

Suzy V
4.0 out of 5 stars Unique
Reviewed in the United States on May 15, 2018
This is a unique book. Different from anything I have ever read before. It is the story of Nate, who has had many problems with women because he clearly tells them he is not monogamous but each time, the woman feels that she will change him. He is working on a play with one of his off again, on again partners, Deb, when another actor Joshua is cast as a co-lead. Joshua is in an open marriage with a woman, Sherry, but he is bisexual and is attracted to Nate. Nate has never been involved with another man before so his attraction to Joshua is surprising to him. Throughout the book the characters, Deb, Joshua, Sherry, Nate, and other secondary characters, deal with their sexuality and their views on commitment and monogamy. There is a lot of soul searching and angst. If you do not care for non-monogamous characters, do not read this, but if you want to learn how non-monogamous people are able to work out their relationships, this is the book for you. I voluntarily reviewed an Advanced Reader Copy of this book.
Read more
2 people found this helpful
Helpful
Report abuse

DaVinciKittie
5.0 out of 5 stars A solid, well-crafted menage romance with beautiful layers of polyamory, open-relationships, and self-discovery
Reviewed in the United States on May 16, 2018
Don't judge Tanya Chris's You, Me & Her by its cover. This story has a lovely flow, a lyrical beauty that pulls you in right from the start. The lead character, Nate, is no angel, but he sure makes a hell of an impression. And he's real. Down to earth. A confident guy struggling to own his identity through the backlash of everyone else's criticism and judgement. He's a playboy, sure, but that's just him, and his relationships are more long-term than one-and-done; he simply has a lot of them going on at once. He loves women, and he doesn't want to be tied down. Nate isn't commitment phobic—he simply doesn't fit into the traditional one-person-for-everyone mold, and Joshua and Sherry totally get that. This story celebrates the beauty of open relationships and explores the challenges that come along with them. It is refreshing and different. You know what else I loved? This story is beautifully bi-racial (maybe tri-racial, if that's a thing) and shows just how blind love is to skin color.

That said, the start of this book was a little rough for me. One of the characters—Nate's ex-girlfriend—is a real piece of work, and I found myself fervently hoping she wasn't a main character. It turns out she's a significant secondary (whew, not a romantic lead!) whose story arc drives part of Nate's (which works out nicely, indeed). And Nate himself is a bit of a quandary at first, amicable enough but also seemingly listless and unfocused. The guy you meet in the beginning of the story has some growing up to do.

But after Nate met Joshua and Sherry—a couple with an open marriage—I was hooked. Joshua is smooth, confident, and easy-going. The kind of guy level enough to casually hang out with and affectionate enough to enjoy a good, fun romp. And he doesn't back down from jealous ex-girlfriends. The sex scenes in this story are explicit, and I think I even learned a thing or two from Nate's mad (and nicely visualized) skills.

Stylistically, the writing and story feel reminded me of Damon Suede's homey, New York big-family vibe in Hot Head and Cardeno C's laissez-fair, easy-going, natural style of pacing a romance. Maybe it's the setting of the New York area or maybe it's the big-family dynamic on Nate's side, but the narrative is welcoming and comfortable. This story feels like a comfy pair of pajamas—something soft and warm you want to spend a lot of time in, but nothing too fancy or thrilling. This story is tenaciously sexy, in all the best ways. The first-person storytelling draws you in until you are Nate, until you must have Joshua, even though you think he's not for you.