You've subscribed to KPD Motorcycle Patrol! We will preorder your items within 24 hours of when they become available. When new books are released, we'll charge your default payment method for the lowest price available during the pre-order period.
Update your device or payment method, cancel individual pre-orders or your subscription at
Your Memberships & Subscriptions
There was an error. We were unable to process your subscription due to an error. Please refresh and try again. 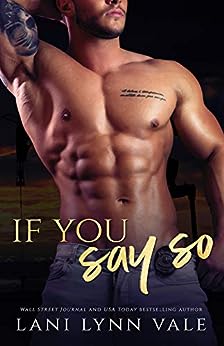 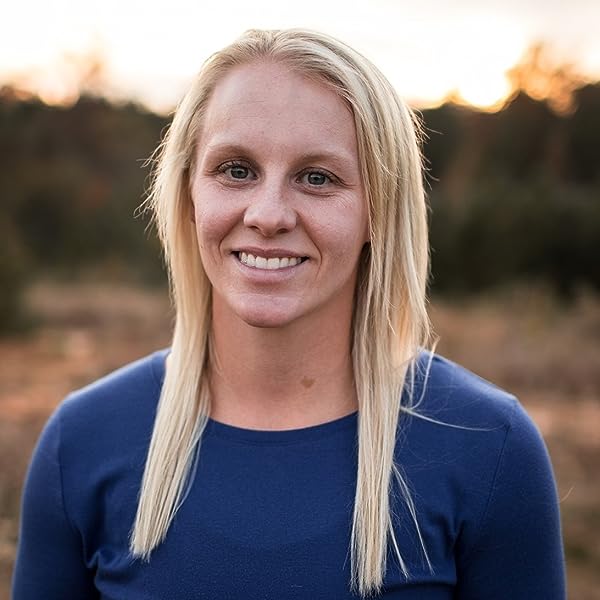 If You Say So (KPD Motorcycle Patrol Book 6) Kindle Edition 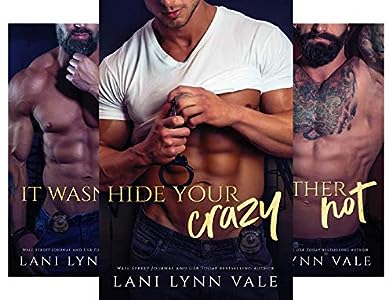 4.8 out of 5 stars
4.8 out of 5
378 global ratings
How are ratings calculated?
To calculate the overall star rating and percentage breakdown by star, we don’t use a simple average. Instead, our system considers things like how recent a review is and if the reviewer bought the item on Amazon. It also analyzes reviews to verify trustworthiness.

Danielle
5.0 out of 5 stars 5 STARS! Heart-tugging, emotional surprise second-chance romance!
Reviewed in the United States on October 29, 2019
Verified Purchase
A new Lani Lynn Vale book for me is like a trip to my favorite fictional town to catch up with some old friends. I’ve been reading Vale’s books and her characters’ stories on a monthly basis since she released the first one, and now, years later, I’m completely invested in them and this world. The KPD Motorcycle Patrol series is what Lani has dubbed a next generation series because the stories are about the children of the lead couples from some of her early series, like Freebirds, The Heroes of the Dixie Wardens MC and Code 11-KPD SWAT.

Vale gives readers her own take on the second-chance romance in If You Say So, the sixth book in the series. A hero returns from war after suffering gravely in captivity. He comes back battered, horrifically scarred and with no memories of his time in enemy hands or his life prior to it. All is not what it seems in this soldier’s story, though. He feels like an imposter in his own life, nothing really fits, but it’s the guilt he feels over the way he is drawn to his deceased best friend’s fiancée that he struggles with the most.

Deeply immersed in her grief, Frankie Solomon is doing her best to get through each day, hoping and praying that the military is wrong, and that Luca, the love of her life, will come back to her. When his best friend shows up unrecognizably scarred and with no memory of his captivity, what happened to her fiancé or his life before that, it’s not surprising that she can’t help but reach out to her fiancé’s friend—but the way that her heart calls out to him is a surprise.

Vale crafted a heart-tugging, emotional story in If You Say So with surprises at every turn. An underlying secondary suspense plot, along with the mystery of this soldier’s captivity and a beautiful slow-burn romance, Vale packed in all the feels here as this couple tries to make sense of the unthinkable. I devoured this story in a day—I simply couldn’t put it down. Five smooches from me for If You Say So by Lani Lynn Vale!
Read more
7 people found this helpful
Helpful
Report abuse

Amazon Customer
3.0 out of 5 stars Holy plot holes!
Reviewed in the United States on October 29, 2019
Verified Purchase
I love Lani Lynn Vale. I own everything the woman has written and have everything she expects to release on preorder. That being said, the woman seriously either needs a technical advisor or a better editor. She does usually leave you with a question or two but for a reason. However, the plot line for this book has holes in it so huge they make the Grand Canyon look like a scratch. Anyone who watches NCIS or any other military related show knows that the military keeps DNA on file for identification purposes. And a soldier with no memory who has one soldier’s dog tags burned into his back and a different soldier’s dog tags in his hand would have been the reason those samples are taken. And let’s not forget the fingerprints. Yeesh. Then, one of the main antagonists in this story is built up to be perfectly brought down but is still acting with impunity. Now, I will admit that Lani has left some things left like this before to be brought out later but the way this character acts and the WEIRD UNEXPLAINED things that occur in his family that affect the main characters make this a very weird ending for him from this author. I love this author, but the horribly slow start, the huge plot holes, and the weirdness that was Dr. Cromwell will only allow me to give this effort 3 stars. It is not one of her best.
Read more
9 people found this helpful
Helpful
Report abuse

Romancing the Dispatcher
VINE VOICE
5.0 out of 5 stars An amazing, emotional story that will leave you with tears!
Reviewed in the United States on October 29, 2019
Verified Purchase
This book was so hard to read. Not because it wasn't amazing, because it was a fantastic book. It was hard to read because of the emotion behind it. Frankie's pain. Gabe and Ember's pain. It all added up to make this one of the most emotional books I've read by this author. I just could not read it without copious amounts of tears. So be prepared, and have the tissues handy. You will definitely need them! You have been warned!

Frankie is absolutely devastated, and knows her life will never be the same. All of her hopes and dreams left with Luca, and she will never get them back. She is living day to day, trying to act like everything is ok, when it really isn't. Despite the support of her family, and Luca's family, she just can't make herself move on, and doesn't think she ever will.

This book is one that you will never forget. Frankie's pain is absolutely palpable, and it hurts! I don't want to give anything away, but even through the pain, there are surprises, and Frankie is able to come out stronger on the other side. It was a great book, and I enjoyed it overall, but there were some parts that were hard to get through (It's kind of hard to read through tears) but I kept pushing through, because I knew LLV had an amazing ending in store for us!!!!
Read more
3 people found this helpful
Helpful
Report abuse

I remain absolutely intrigued with the peripheral characters to this series knowing they must have a book out there just from the snippets contained in this series. {So many books, so little time!} It seems like this is a next-generation series to the author's Code 11-KPD SWAT Series and also a spin-off or set in the same world as her Bear Bottom Guardians MC series. A full reading list can be found on Lani's website so you can read by series, recommended reading order, or release date if you choose.

Anyway - back to the review for IF YOU SAY SO - This is by far the more tragic of the stories I have read so far. A lost love, a best-friend back from the missing presumed dead and broken hearts slowly healing together all while feeling guilty about those who are still lost to them. Vague - I know - but so much of this one needs to be experienced in the pages and not in my review. I loved this story, it's chemistry, it's drama, and most especially, it's happy ending!

Well-written and fast-paced this is a sexy and outrageous insta-love story and I'm most definitely addicted to Lani Lynn Vale's writing at this point. Loved it! Enjoy!
Read more
2 people found this helpful
Helpful
Report abuse
See all reviews

CazT
5.0 out of 5 stars Just what I expect from LLV. Brilliant.
Reviewed in the United Kingdom on October 30, 2019
Verified Purchase
Yes I know they're predictable, similar formats in each book. That's what's great, a bit of everything I love. Alpha men(hot ones) fab female leads, sometimes strong, sometimes vulnerable but always with a great story to tell.
I love this one with Luca and Frankie, it was obvious who was who but that didn't weaken the story, I was dying for everyone to realise too. Part of Lani's books brilliance is the connection of her characters through all of her books, you never feel like you've come to the end, just waiting for the next chapter. Keep them coming, they take me away from work and family life for a few hours. Some people, de-stress with wine, smoking, shopping, me, I drop into a Lani book. A couple of hours later, I'm good to go again. My husband's usually happy too😉😉
Read more
One person found this helpful
Report abuse

Jo-77
5.0 out of 5 stars Fantastic read
Reviewed in the United Kingdom on October 29, 2019
Verified Purchase
As normal, another fab read!
Luca and frankie,lasting love that is put to the test when Luca,a navy seal,goes missing,over a year later,his friend returns,badly scarred and no memory, feeling that his life isnt him.
Lots of action,some hot loving and twists!
Read more
Report abuse

Fiona J
5.0 out of 5 stars Amazing read.
Reviewed in the United Kingdom on January 28, 2021
Verified Purchase
Oh wow this book. I have cried reading this one. It was amazing. It was filled with so so much angst, and pain. I loved it! I'm so happy with how things turned out
Read more
Report abuse

hollyhobbsx
5.0 out of 5 stars Excellent
Reviewed in the United Kingdom on October 30, 2019
Verified Purchase
Another great book by Lani Lynn Vale. I love all the individual books and also that they all link together. It’s very well done. Thank you x
Read more
Report abuse

Kittycat21
5.0 out of 5 stars If You Say So.
Reviewed in the United Kingdom on October 31, 2019
Verified Purchase
Book six of the MOD Motorcycle Patrol books gives us all the answers we've been waiting for, I loved Frankie, Luca and Malachi's story.
Read more
Report abuse
See all reviews