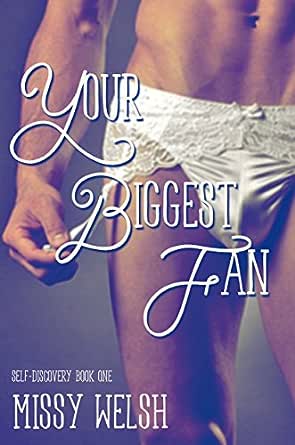 You've subscribed to Self-Discovery Series! We will preorder your items within 24 hours of when they become available. When new books are released, we'll charge your default payment method for the lowest price available during the pre-order period.
Update your device or payment method, cancel individual pre-orders or your subscription at
Your Memberships & Subscriptions
There was an error. We were unable to process your subscription due to an error. Please refresh and try again. 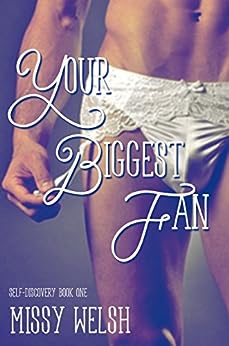 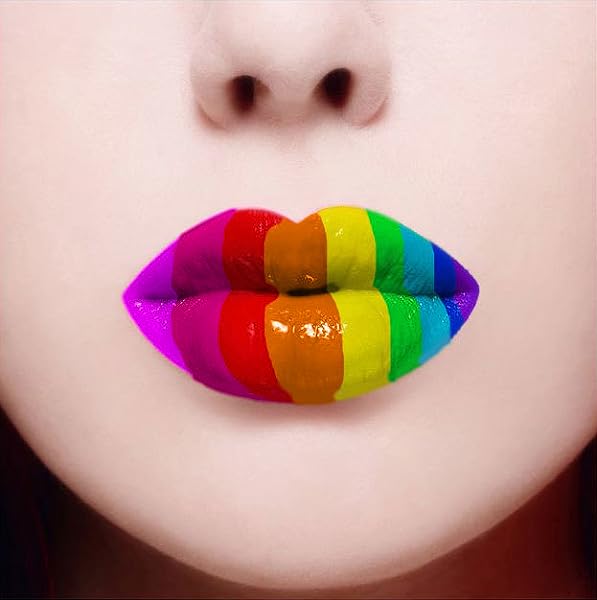 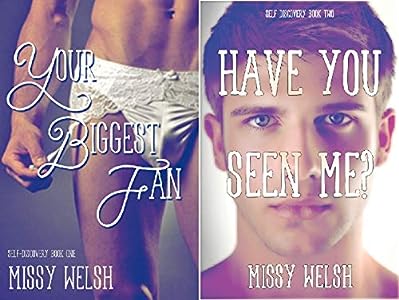 Missy Welsh stares into space a lot, has conversations with cats, takes notes while people-watching, records conversations (not the ones with cats), named her laptop Norbert and her phone Pushkin, has backups of her backups' backups, faints at the sight of a misused semi-colon, and will often ask socially unacceptable questions of strangers.

Basically, she's a writer. --This text refers to the paperback edition.

jodikayti
4.0 out of 5 stars Such a cute, quick,adorable read
Reviewed in the United States on March 13, 2016
Verified Purchase
Such a cute, quick,adorable read. I really hope there is more of Truman and Stasi's story to come. Both of them had to see outside the box and not make such wrong assumptions about themselves and others. There was lots of painful growing pains in this story. Stasi - well, what a boyfriend he turned out to be! Such a great group of friends, and his family was adorable. Truman, wow, I just wanted to hug him, and sometimes give him a little love tap to wake him. Nicely done.
Read more
One person found this helpful
Helpful
Comment Report abuse

The Book Vulture
4.0 out of 5 stars Could've been better.
Reviewed in the United States on April 12, 2018
Verified Purchase
The book doesn't really focus on anyone but Truman and Stasi, and it was disappointing because there are some great secondary characters I wanted to see more of, like Lenny and Grant. I hope there's more about them revealed in the second book.

Read like it had been edited poorly - a few typos, some areas drawn out longer than they needed to be, and others rushed through, some passages that didn't make any sense, and some paragraphs where it seemed to jump from one location to another, and was just plain confusing. If this was to get a really good edit and polish, it would no doubt be a 5 star rating from me.

Overall a cute read, but I expected a lot more out of it. With so many support characters also along the LGBT+ spectrum, this definitely has the potential to turn into a series with quite a few books in it, and I am keen to read the second, and any future books in the series.
Read more
Helpful
Comment Report abuse

moo
4.0 out of 5 stars Just read the sample
Reviewed in the United States on December 9, 2016
Verified Purchase
The plot could have been a little thighter but i liked the two guys the persute, they were good together. Missy welsh wrote some original bits that chacked me up. Not a formula piece.
Read more
Helpful
Comment Report abuse

I adore this book! Your Biggest Fan by Missy Welsh is my first book by this author. I read the blurb, and just knew I had to give it a go.

I ADORE THIS BOOK!

I’ve read a few books that had hottie men dressing in lacey things and love them. There’s something so respectful and like, “Yeah! Do what makes you feel good and to heck with what others think!”, when it comes to stories like this.

I realize that not everyone would be comfortable reading about men dressing in women’s lingerie because it makes them feel pretty or desired, and if that’s not you, then hey, to each their own. You might wanna stop here and go on to a different book. No hard feelings.

I loved Truman! Oh my Gawd my heart BROKE for him on the very first page! I read about what his life was like up to when I met him and I just wanted to pick him up and hold him.

MY HEART BROKE FOR HIM

I was snarling at my Kindle saying, “There is NOTHING wrong with you Truman! Your amazing the way you are!” Yeah, I was pro-Truman immediately. His secret made him feel good about himself, made him happy for a fleeting moment. I’m so glad he met Stasi.

Even though essentially Stasi isn’t sure about being into Truman’s dainty wear, he gives it a go because he cares. Stasi showing up when he did really saved Truman.

This book was a fantastic 5 stars for me. The characters were real, there was a bit of frat drama but not why you’re thinking. There’s a bit of a subplot going on in Truman’s frat house and it adds to the story rather than detract.

THE WORLD CREATED BY MISSY WELSH IS RICH AND VIVID

The world created by Missy Welsh is rich and vivid, I felt like I was there on the campus with two of my favorite MC’s. I really look forward to more in the series and hope that we get to catch up with Truman and Stasi. Only complaint, wish it hadn’t ended.
Read more
2 people found this helpful
Helpful
Comment Report abuse

amf0001
4.0 out of 5 stars Bit angsty but very sweet
Reviewed in the United States on March 3, 2020
I read an older publication (different cover) but same story, as far as I can tell.

You can feel Truman's desperation and isolation. And Stasi was a sweet Greek boy, recently out to his family and living in a gay frat house. Though the issues were intense, the main relationship was so sweet, with all the drama coming from Truman's fears. It feels a bit dated now. I bought it ages ago and have just reread it now for the second time. I'll look for more from Missy Welsh - who has the weirdest titles for her books, all clunky search items - gay werewolf, gay cross dresser - but the writing within the book works just fine.
Read more
Helpful
Comment Report abuse

Lisa1269
5.0 out of 5 stars A compelling story of unconditional acceptance...
Reviewed in the United States on May 19, 2016
From the first page, this book tore at me. Truman’s self-loathing was so tangible that I wasn’t entirely sure that I was ready to face his demons, but am so very glad that I did. When Stasi bulldozes his way into Truman’s life, giving him his first taste of acceptance and shining a light in that darkness, I was completely absorbed by the dynamic between them. Stasi’s willingness to try to understand Truman’s compulsion to cross-dress is tempered only by his fear that something so important to his lover won’t be appealing to him, which in itself is a declaration about how deeply invested he is. With Truman’s secrets looming down over them, it’s almost too incredible for him to believe that he could ever be unconditionally loved, but the attraction between them is so strong that it’s impossible to resist. A beautiful and moving statement about acceptance in a world that is so quick to judge, I couldn’t get enough of this.
Please note that I voluntarily reviewed an advance copy of this book.
Read more
One person found this helpful
Helpful
Comment Report abuse
See all reviews

Kindle Customer
5.0 out of 5 stars Fascinating
Reviewed in the United Kingdom on September 18, 2018
Verified Purchase
Gay fiction is not my normal reading matter as I read transgender fiction mostly but this was a lovely change for me highly recommended this book
Read more
Report abuse
See all reviews