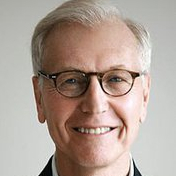 Your Brain on Sex: How Smarter Sex Can Change Your Life Paperback – October 1, 2011

""This deeply psychological book uses a combination of case histories and homework-you'll be asked to delve into childhood memories as well as analyze your sexual fantasies."" - Newsday

Stanley Siegel is a psychotherapist, international lecturer, and former director of education and senior faculty member of New York's renowned Ackerman Institute for Family Therapy. He has appeared on ABC's Good Morning America, as well as many other television and radio programs across the nation.

C. H.
5.0 out of 5 stars Mostly love it, but still skeptical over some of the ideas
Reviewed in the United States on November 11, 2014
Verified Purchase
I gave this book five stars, because even though there are some parts that don't completely agree with, I still have garnered some extremely important insights from this book. I had never before put such a powerful, analytic lens over my sexual desires and fantasies, even though I thought I had. I thought I had analyzed my sexuality in depth, but Siegel asks pertinent questions I hadn't thought of before. Also there are fascinating explanations for the creation of your sexuality, that I found really interesting. Not all of the explanations I found convincing, but some of them felt exceptionally accurate and I was surprised they were not more well known or accepted in popular culture. For example, Siegel uses the example of someone enjoying a rape fantasy because rape eliminates guilt: if someone is forcing you to do something, you can't accept responsibility and therefore can't feel guilty about it. That seems very accurate and I was surprised I had never thought of it before.

I also appreciated the entire chapter devoted to creating an open mind and accepting your sexuality completely. I was tempted to skip it but it ended up really changing how I thought about sex. It banished a lot of my guilt and helped me feel freer. Siegel knows what he's talking about so I trusted his judgement.

I did have some issues with his primary case study he references: he writes of an attractive young woman, who is attracted sexually to men that are free spirited and frequently irresponsible who mimic her father. Anyway she keeps having the same problems over and over again in relationships, and Siegel perscribes that she date people more like the opposite parent: dependable and predicable. So she dates men that are stable and responsible, but that she is not ultimately that attracted to...and in the end Siegel asks her how it's going and she says "Let's put it this way: I never bore them."

Sad trombone. That doesn't sound like she was particularly fulfilled. So I was pretty skeptical of that. But the other insights I gained were invaluable. Thank you Stanley!

Rocoda
5.0 out of 5 stars A Start on Being Smart...er
Reviewed in the United States on August 16, 2016
Verified Purchase
Great intro to looking at Sex as a mental necessity of life that should be actively and personally discussed rather than merely fumbled through as best as can be expected given whatever parenting/mentorship you might happen upon in life. A little too definitive in regards to the "diagnosis of desires" for my taste - seemingly explanations that can be followed & expected, and particularly from a therapy/psychological "understanding" derivative. Yet, definitely a great book for all those looking for knowledge and an introduction to sex as a mapable, navigable and designable part of life, as well as a solid addition to any professional changeworker's bookshelf; regardless of the sub-field or background.
Read more
4 people found this helpful
Helpful
Comment Report abuse

Kady Dalrymple
5.0 out of 5 stars Really Inspiring and life shifting
Reviewed in the United States on September 19, 2012
Verified Purchase
This book sat on my reading list that was given to me by my life coach. I am diligent about my reading assignments, but sometimes life and career get in the way. Literally at some point it called to me. And what a call it was! So inspired, so supportive, so confirming, I really got how sex can heal my life.
I LOVED this book. I felt understood by this book, I felt a path of healing from this book. I am grateful for this book.
Read this book for yourself and then your partner and your life.

A. Customer
4.0 out of 5 stars Excellent Purchase!
Reviewed in the United States on June 3, 2013
Verified Purchase
Stanley Siegel's book is an incredibly valuable, hard-hitting psychology self-help work that doesn't pull it's punches. Offering readers insights into their fantasies and sexual preferences, "Your Brain On Sex" is both empowering and healing, allowing one to demystify their tastes and needs, and live a more consciously directed sex life that can eventually be utilized to heal and grow past wounds and flourish.

If you are at a place in your life that you are able to safely handle what may awaken from your memories with this therapeutic process, then I highly recommend it.

Dragonfly
5.0 out of 5 stars a very interesting book about a very unusual topic!
Reviewed in the United States on December 6, 2013
Verified Purchase
Sexual fantasies are a taboo topic! Just go out and ask you life partner about them and mostly like it you will encounter a solid fortress guarding them; and that is the only problem that I have with an excellent book. This book will explain you the meaning of almost all possible fantasies that you might have. Also, it will explain your the origin of it and how it can heal you.

Contrary to mainstream train of thought, sexual fantasies are a mental healing process created to balance out and or heal your mind, your spirit, and your soul. It does not matter if you are male, female, heterosexual, bisexual, gay or lesbian, the book covers them all.

This book is an easy, fun, interesting and simple easy read that will take you through the labyrinths of your mind and help you untangle past traumas, including childhood.

Enjoy it and forget about your taboo!

Sora Kamitora
4.0 out of 5 stars Great gift to a struggling close friend who won''t get offended - YMMV.
Reviewed in the United States on April 20, 2016
Verified Purchase
Not as ground-breaking as I expected it to be, but still a nice reference book on how not to lose the forest behind the trees - sex and intimacy behind the various mundanities of living in a couple or being married. I'm afraid thought that those who need this book will not buy it for the fear of the big SEX word on the cover, and those who bought it, might not need it after all
Read more
2 people found this helpful
Helpful
Comment Report abuse

Danielle D.
5.0 out of 5 stars I've recommended this book so many times
Reviewed in the United States on March 31, 2015
Verified Purchase
I've been studying sexuality for a long time and this is the first book that touched me on a deep emotional level. I finally experienced the cathartic release I've needed to unleash liberating sexuality. I've recommended this book so many times.
Read more
3 people found this helpful
Helpful
Comment Report abuse
See all reviews

Juliet Kemsing
5.0 out of 5 stars Everyone should read this
Reviewed in the United Kingdom on January 10, 2013
Verified Purchase
This book takes an interesting angle on people's sexual preferences. It asks why people develop certain likes and obsessions, and uses case histories to show how we can learn from those to understand ourselves and liberate ourselves from psychological problems. Really unusual and an eye-opener!
Read more
One person found this helpful
Report abuse

Claudia
5.0 out of 5 stars Adina
Reviewed in Spain on October 16, 2015
Verified Purchase
A must read for everyone, and definitely a wonderful tool for psychologists working in individual or couples' therapy. Well-written and insightful.
Read more
Report abuse

C. Kirby
5.0 out of 5 stars Insightful
Reviewed in the United Kingdom on December 27, 2013
Verified Purchase
This is an interesting and insightful book. I think most people would descover something useful in it for themselves or in order to try to understand a partner's difficulties.
Read more
Report abuse
See all reviews