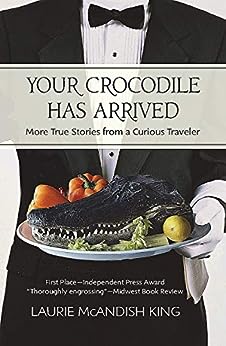 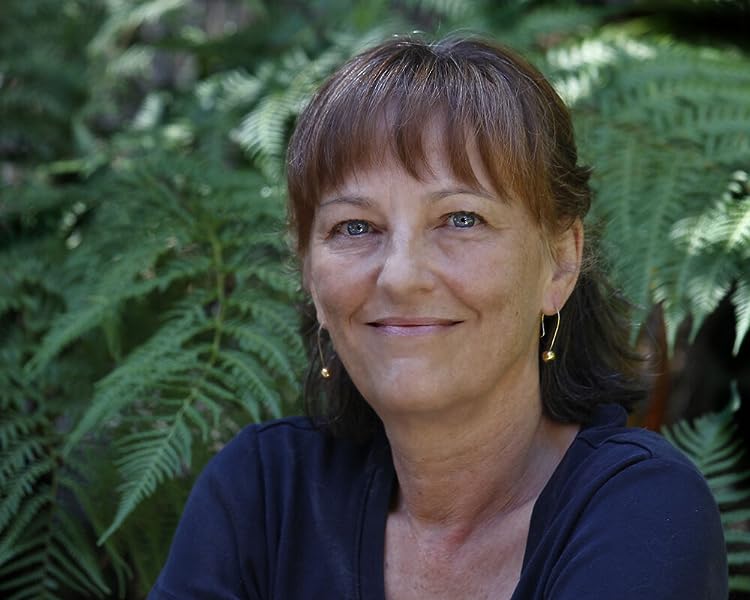 Your Crocodile has Arrived: More true stories from a curious traveler (The Curious Traveler) Kindle Edition

by Laurie McAndish King (Author) Format: Kindle Edition
Part of: The Curious Traveler (3 books)
See all formats and editions
Sorry, there was a problem loading this page. Try again.
Whether your taste runs to crocodiles, ancient relics or flying saucers, you’re sure to find entertainment and illumination in this collection of 21 true travel stories. Join in the author’s adventures as she: Makes a pilgrimage to see a 2,500-year-old tooth • Considers the fate of a three-legged elephant • Learns the chilling secrets of the Jamaica Inn pirates • Participates in a shamanic ayahuasca ritual • Talks alien spaceship propulsion with a SETI scientist • And more …
Read more
Previous page
Next page

Limited-Time Offer
Join Audible Premium Plus for 60% off. Get this deal
Next 2 for you in this series See full series
Total Price: $11.98
Books In This Series (3 Books)
Page 1 of 1Start OverPage 1 of 1
Previous page
Next page
The Curious Traveler
Laurie McAndish King
Kindle Edition

"Weaves adventure, humor and wisdom ... whether it is a chocolate massage, eating sheep offal in Scotland, or sky walking in New Zealand, the adventures in this book will make readers long to wander." Five stars.-- Readers' Favorite awards

"Whether she's eating a crocodile, tracking down a 2,500-year-old tooth in Sri Lanka or talking aliens with a SETI astrophysicist, King reminds us that the world is far weirder and more amazing than we sometimes imagine."-- Marin magazine

"An author with an eye for the quirky. Closely observed gastronomic andnatural history vignettes laced with a sense of a disappearing world ascivilization encroaches on the wilds..."
-- Kirkus Reviews
"As humor, history, and adventure weave a series of uncommon experiences,armchair travelers receive a thoroughly engrossing read..."
-- Midwest Book Review

"Totally unapologetic creativity! King goes at the world like an Einsteinfour-year-old with a movie camera strapped on her head who never gottold to stop asking questions.... scientific detachment nailed to amicro-telescopic focus that's always ready to widen out to love beautyand/or empathize with somebody having fun. And that wry humor!"-- Berkeley Times

These true accounts--of magical places, the wonders of nature, and the people who work so hard to preserve them--are stories I love and want to share. I hope you enjoy them, too! --This text refers to the paperback edition.

"King is one of those intrepid female travel writers who ... stumblesinto dangerous, disturbing, and terribly odd situations. Always worththe read."
-- Tim Cahill, author of Jaguars Ripped My Flesh and Lost in My Own Backyard

"King's curiosity is contagious--whether she's visiting a shrine to Buddha'stooth, undergoing shamanic surgery, or crashing a convention of flyingsaucer sighters. Her tales glow with wit, warmth and a sense of wonder."
-- Jeff Greenwald, author of Shopping for Buddhas and The Size of the World

"Full of whimsy and good humor ... you'll be happy you were there with her."
-- Larry Habegger, Executive Editor, Travelers' Tales

Laurie McAndish King's award-winning travel stories and photography have appeared in many publications, including Smithsonian magazine, The Best Women's Travel Writing, and Lonely Planet's The Kindness of Strangers.

Laurie McAndish King writes about 20-foot-long Australian earthworms, being rescued from a kidnapper in Tunisia, and an Ivy League astrophysicist’s explanation of how flying saucers are powered—not your typical travel writing. That’s probably why Kirkus Reviews hails her as “an author with an eye for the quirky.” Her stories—poignant, insightful and often quite funny—are always inspiring and entertaining.

King’s award-winning essays and photography have appeared in Smithsonian magazine, the San Francisco Chronicle, Travelers’ Tales’ The Best Women’s Travel Writing, Lonely Planet’s The Kindness of Strangers, and other magazines and literary anthologies.

Laurie grew up in rural Iowa, studied biology and philosophy at Cornell College, and has traveled in forty countries. She observes with an eye for natural science, and writes with the heart of a philosopher. Her most recent book, “An Elephant Ate My Arm: More True Stories from a Curious Traveler,” will be published in May, 2021.

The second of the three-book “Curious Traveler” series, “Your Crocodile has Arrived: More True Stories from a Curious Traveler,” was called “thoroughly engrossing” by the Midwest Book Review and earned a first-place Independent Press Award.

Lou
5.0 out of 5 stars Great read
Reviewed in the United States 🇺🇸 on February 6, 2021
Verified Purchase
I would not normally read a travel log. But reading This book reminded me that I had the same attitude before reading Lawrence Durrell's travel stories. With both books, each sections were full of interesting and unusual information both about the area, the people and the author. After finishing one section, I looked forward to reading the next and was never disappointed. I highly recommend this book.
Read more
One person found this helpful
Helpful
Report abuse

LS
5.0 out of 5 stars A love letter to the weird and wondrous
Reviewed in the United States 🇺🇸 on January 16, 2021
Verified Purchase
Even the briefest of encounters can have lasting effects. Whether it be hanging 630 feet in the air, getting rubbed down by chocolate, or being served crocodile (surprisingly chewy), King’s inquisitive and plucky spirit manages to find meaning in all the madness.
Read more
One person found this helpful
Helpful
Report abuse

Karena Franses
5.0 out of 5 stars Travels with Laurie. Nothing like it.
Reviewed in the United States 🇺🇸 on February 16, 2021
Verified Purchase
So original, warm hearted, caring, interesting and full of humor. I strongly recommend this book. Looking forward to her next. Long may she continue to travel and write her exquisite accounts.
Read more
One person found this helpful
Helpful
Report abuse

Amazon Customer
5.0 out of 5 stars A Tail to Remember and Travels You Won't Forget!
Reviewed in the United States 🇺🇸 on August 7, 2017
Verified Purchase
Loved reading about Laurie's adventures, holding my breath as she dangled over the edge of the 630 foot high Sky Tower walkway. The pictures she draws in her writing come to life in the memorable chapter on her hunt for the perfect food. Her curiosity is insatiable...her sense of humor a true delight. This book spurs me on to search the world for challenging and unique travel experiences.
--Pamela Burke, Co-Editor, 20 Women Changemakers
Read more
One person found this helpful
Helpful
Report abuse

Kelly Hayes-Raitt
5.0 out of 5 stars Dust off your passport....This book will give you itchy feet!
Reviewed in the United States 🇺🇸 on December 2, 2017
Verified Purchase
King writes eloquently about loss -- loss of species, loss of ways of life. But what moved me most about this book -- besides the powerful prose -- is the heroism from everyday people to reverse those losses and heal our planet. I enjoyed it immensely!
Read more
2 people found this helpful
Helpful
Report abuse

Janet E Potter
4.0 out of 5 stars Adventures Await
Reviewed in the United States 🇺🇸 on February 21, 2018
Verified Purchase
Delightful,insightful and loads of fun
Read more
One person found this helpful
Helpful
Report abuse
See all reviews
Report an issue
Does this item contain inappropriate content?
Report
Do you believe that this item violates a copyright?
Report
Does this item contain quality or formatting issues?
Report