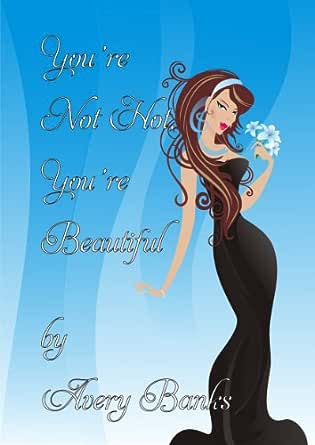 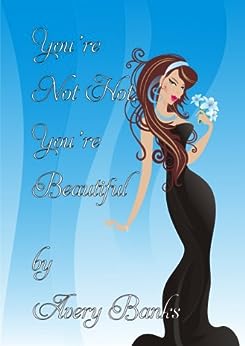 You're Not Hot, You're Beautiful Kindle Edition

Holly Jayne
5.0 out of 5 stars A Great Romance Book
Reviewed in the United States on July 15, 2010
We all search for that moment when we realize we found "the one." This book takes us on that journey as we listen to a brother encourage his sister to really think of the qualities she wants in a man and to also have her be herself, which she seemed to have lost along the way in life. The book, You're Not Hot, You're Beautiful, stresses questions that many girls face in today's society. Women tend to wonder if there is something wrong with them, and this book discusses these thoughts and feelings that many women have in common with each other during their journeys of finding Mr. Right. This book takes you on a romantic journey told through her brother's eyes as he watches over her on a dinner date and thinks about how she used to be and how much she has changed. He wants everything for his sis and wants to see her happy. The author puts compassion in the story with his vivid descriptions. He does an amazing story of telling the difficulty people go through when finding a life-long partner. You're Not Hot, You're Beautiful, is a romantic, sweet, caring, cute, story of a girl who wants to fall in love with someone special.
Read more
3 people found this helpful
Helpful
Comment Report abuse

Matt Forney
5.0 out of 5 stars Touching and hilarious
Reviewed in the United States on February 16, 2014
You're Not Hot, You're Beautiful is a surprisingly funny and poignant book. Author Sam Botta weaves an interesting and deep story of love, dating and romance in the modern world. His advice and observations are targeted at men and women alike and will be appealing to both.

My favorite part of the book is his writing style. Botta's prose skirts the edge of erudite yet comes off as seamlessly conversational; reading the book is like listening to your best friend or your father having a heart-to-heart with you. He never lectures or talks down to the reader, but presents his opinions and beliefs in a calm, collected fashion. As a result, You're Not Hot, You're Beautiful actually stands a good chance of altering peoples' thinking. It certainly got me to think about life in a slightly different way.

If I were to critique the book for anything, it's a tad too short. While Botta is very good about getting to the point and not wasting your time with filler, the later chapters seem a bit on the brief side. Aside from this, though, You're Not Hot, You're Beautiful is an affecting meditation on the nature of love in the modern world.
Read more
One person found this helpful
Helpful
Comment Report abuse

lapoguenio
5.0 out of 5 stars Easy read...fascinating book about dating...not boring
Reviewed in the United States on July 14, 2010
I did not expect a book of less than a hundred pages to be very simple and succinct yet effectively straightforward about Dating. "You're Not Hot, You are Beautiful" authored by Avery Banks is indeed a self-help book for those who are in need of romance at the moment and also for those who are currently entangled in a relationship.
The thickness of the book seems scant to tackle on the adventurous quest of dating. Each twelve chapters, collated in 78 pages , is in form of a letter written by a brother to his sister, whose names were not even mentioned, chronicling about the ups and downs of finding a partner, getting and leaving relationships.

Well, the author does a great job using an informal tone. No technical terms, only layman terms that really strike big time especially when he/she relates undeniable facts to real life. When those simple words come together, it delivers a statement that will make anyone stop, think and evaluate that the author in fact is right. I quote one statement, "It's not so much that men feel threatened by a successful, fulfilled woman (although some do). It's the fact that they don't see any room for them in the woman's life." This made me analyze deeply and later on nod my head in agreement. Avery Banks has definitely captured all the dating concepts that people fail to realize in their living.

The brother-writing-to-sister thing set-up though unique, foams the feeling that one is going to choke-up because of too much unsolicited advice given by this overprotective and judgmental brother. The author should have established correspondence, not just a letter from the brother, so that the opinion of the other person could have provided more conviction of what the brother asserts.

No finality regarding the status of his sister's love life was talked about. Or did even his sister follow his advice. The end could have been a letter from his sister writing back how she was doing and how it affected her life. Whether something has improved in her life upon taking up the tirade of preachy letters from her brother. The end though still made a great funny punchline that because of his brother's "guidance", they both end up growing up with no partners and lovelife at all.

The book indirectly guides a woman on how to find the right man for her and it shares tips to know if the man you are with right now is worth for keeps. It exposes ways on how to get attention, how to be admired, why men cheat, how to make an interesting online profile and all other stuff that will make men run after a woman.

Job well done for Banks in composing a simpler, abridged yet similarly entertaining book about the ins and outs of dating as compared to other thicker commercialized books. If you want an easy to read, uncomplicated dating book. Grab this one. You'll learn a lot.
Read more
One person found this helpful
Helpful
Comment Report abuse
See all reviews from the United States