You've subscribed to Exciting Destinies! We will preorder your items within 24 hours of when they become available. When new books are released, we'll charge your default payment method for the lowest price available during the pre-order period.
Update your device or payment method, cancel individual pre-orders or your subscription at
Your Memberships & Subscriptions
There was an error. We were unable to process your subscription due to an error. Please refresh and try again. 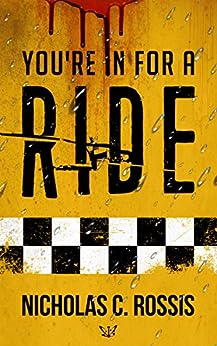 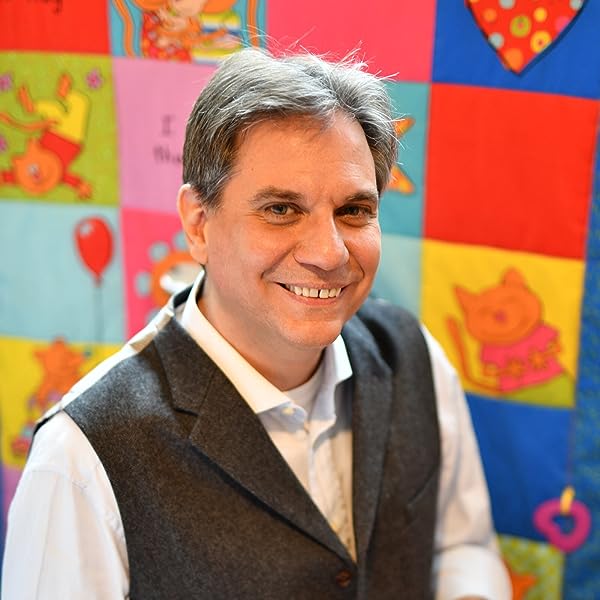 You're in for a Ride: A Collection of Science Fiction/Speculative Fiction Short Stories (Exciting Destinies Book 4) Kindle Edition

Audible Holiday Deal
Save 46% on your first 4 months. Get this deal
Books In This Series (5 Books)
Complete Series 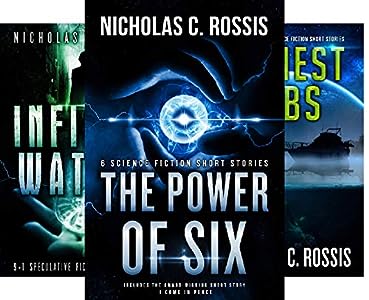 Short fiction was my first love. As a young boy, my heart raced when reading Philip K. Dick's short stories, my introduction to science fiction. His fiction crammed small explosions of pleasure into sparse, expertly narrated pages. His words carried me to strange, new worlds; worlds filled with limitless possibilities.

Back in 2009, my own first short story was published. A few years later, The Power of Six, my collection of short stories, reached #1 in its genre on Amazon. More of my collections soon followed. How can short fiction, so simple in its needs, yet elegant in its powerful prose, not be my favorite?

Nicholas Rossis lives to write and does so from his cottage on the edge of a magical forest in Athens, Greece. When not composing epic fantasies or short sci-fi stories, he chats with fans and colleagues, writes blog posts, walks his dog, and enjoys the antics of two cats and his baby daughter, all of whom claim his lap as home.

Nicholas has written the epic fantasy series, Pearseus. His first children's book, Runaway Smile, has won the Gelett Burgess Children's Book Award, among other distinctions. Many of his short stories have appeared in various collections and anthologies. He has published three collections, one of which was voted among the best 50 Indie books of 2015.

What readers are saying about Nick's fantasies:

"I found myself looking forward to coming home so I could dig into the next story."

"From the very first sentence I realized I was not reading a book, I was going on an adventure."

For more on Nick or just to chat, visit him on:

3.6 out of 5 stars
3.6 out of 5
17 global ratings
How are ratings calculated?
To calculate the overall star rating and percentage breakdown by star, we don’t use a simple average. Instead, our system considers things like how recent a review is and if the reviewer bought the item on Amazon. It also analyzes reviews to verify trustworthiness.
Top reviews

Catherine MackayTop Contributor: Classical Music
5.0 out of 5 stars Mind-bending, thought-provoking and great story-telling
Reviewed in the United States on October 3, 2016
Verified Purchase
I really enjoyed this collection of speculative short stories from author Nicholas Rossis. Each story is like watching an old episode of the Twillight Zone - just when you think you know what's going on within the story, you realise actully it's not quite as you expected. If there is one thing you can guarantee with Nicholas' stories, it is, that they will bend reality and perspectives. I don't think I had an absolute favourite story, although, if I had to choose, I particularly liked the explorers trying to get to an object of desire by removing a force-field (trust me this one is not what you might think is going on). I also liked the time-travelling tale - quite a thought provoking concept in what would happen if someone went back in time to kill Hitler. I highly recommend this collection - it's great story-telling on another level.
Read more
3 people found this helpful
Helpful
Report abuse

James Field
VINE VOICE
4.0 out of 5 stars A fascinating collection
Reviewed in the United States on December 18, 2019
Verified Purchase
A fascinating collection of imaginative short stories, each with a splendid twist at the end. As always with collections, a few stood out among the rest (hence only four stars). There are many gems here, but ‘A Crystal too far’ was my favourite: it is one of the shortest stories, but by far the sweetest.
Mr Rossis’s writing style is smooth as silk and a pleasure to read. If you enjoy speculative and science fiction short stories, I recommend you hop aboard for the ride.
Read more
One person found this helpful
Helpful
Report abuse

MariaM
5.0 out of 5 stars And what a ride!
Reviewed in the United States on October 14, 2016
Verified Purchase
Another short story gem by Nicholas C. Rossis. There's no way this collection won't have you sit at the edge of your seat, make your mind spin, trying to decipher riddles, or give you a good chuckle. Yet the stories never follow a pattern. Some are more light-hearted, some are dark and mysterious, but all are super read-worthy.
Read more
One person found this helpful
Helpful
Report abuse

Jjspina
5.0 out of 5 stars A Sci-Fi Readers Kind of Read!
Reviewed in the United States on December 2, 2016
Verified Purchase
You're in for a Ride is a sci-fi reader's dream book. Plenty of macabre and unusual stories that will keep you up at night or dreaming dark dreams.

This author is talented in this genre, writing about the unexpected and bizarre. I have read other books by this author and have been entertained by his creativeness. I look forward to seeing what he will come up with next.
Read more
2 people found this helpful
Helpful
Report abuse

As for this collection of short stories, I especially enjoyed You Can't Fight Prophecy. It had a certain poetic justice shall we say. I also enjoyed Heavy Sits the Frown. It was a good story about putting yourself in another person's shoes. Royal Duties also deserves a mention. I wasn't expecting the ending and that is always refreshing.

As this is a book of short stories I won't be going into more detail regarding the stories. I like having short story collections that I can read as I have time and this one worked very nicely. I very much enjoyed this collection and hope you might as well.

I previously reviewed the Pearseus science fiction series on the blog, which was interesting and original. If you're interested in seeing more of Mr. Rossis work, you can find his books on Amazon or on his site at[...] Happy Reading.

NOTE: This review was originally published on my blog and is worded as such.
Read more
One person found this helpful
Helpful
Report abuse

Effrosyni Moschoudi
5.0 out of 5 stars An exhilarating experience!
Reviewed in the United States on October 3, 2016
I've read all the short story collections of Nicholas Rossis and this is one of my favorites. They are all equally highly imaginative but the twists in this particular book are that something else. Two of them had me laughing out loud when all was revealed in the end but I don't wish to describe them and spoil anyone's fun. Just trust that if you read this book you're in for a ride, indeed, and one that is truly unforgettable. The most unexpected surprises will be awaiting for you at the next turn again and again. Some of the stories are chilling to the bone, and others are compelling page turners. My only disappointment was that it ended too soon! Choose this book on a wintry night tucked in bed and have the most exhilarating experience. I know I did and devoured it in one sitting! (I received a free copy of the book and voluntarily chose to review it)
Read more
One person found this helpful
Helpful
Report abuse

J.E. Grace
5.0 out of 5 stars A Chilling, Suspenseful Ride
Reviewed in the United States on March 17, 2017
I loved this collection of short stories by Nicholas C. Rossis. Each story brought forth either a smile, a laugh, and occasionally a chill. HIs collection has it all.

His stories are well written and filled with excitement that keeps you on the edge of your seat. "You're in For a Ride" will definitely take you on a wild ride to many places, will heighten your senses, and leave you wanting more.

I can't wait to read more of his writing.
I was provided with a copy of the book and voluntarily chose to review it.
Read more
One person found this helpful
Helpful
Report abuse

FSW
5.0 out of 5 stars I enjoy reading all of the short stories in this book
Reviewed in the United States on November 7, 2016
* I received an ARC and voluntarily review this book* I always enjoy the stories written by his author. I love the Time Travel Gadget thingy... If I could jump forward in time, I would for sure have a good sneak peek at the next week's lottery numbers. This hilarious phrase had me double up with laughter "My eyes were about to pop out of their sockets and go to the sink to throw some water on them. They must have looked like Kermit the Frog’s if he caught Miss Piggy in bed with a garter-wearing Gonzo" I would recommend that you read this book too!
Read more
Helpful
Report abuse
See all reviews

DENNIS
4.0 out of 5 stars Interesting
Reviewed in the United Kingdom on May 18, 2021
Verified Purchase
Wide range of stories well written and interesting some new ideas I had not come across before well worth the short time it takes to read
Read more
Report abuse

George Crawford
2.0 out of 5 stars Not what I expected.
Reviewed in the United Kingdom on June 28, 2021
Verified Purchase
Here is an author who needs approval. If he spent less time trying to show how clever he is and more time on developing the plot it would surely help.
Read more
Report abuse

Chris Graham
5.0 out of 5 stars Each tale a winner.
Reviewed in the United Kingdom on June 17, 2017
Verified Purchase
Another collection of short story masterpieces (with excellent twists in the tales) from the author of 'The Power of Six', which I also thoroughly enjoyed.
Read more
One person found this helpful
Report abuse