The A to Z Encyclopedia of Serial Killers and millions of other books are available for Amazon Kindle. Learn more 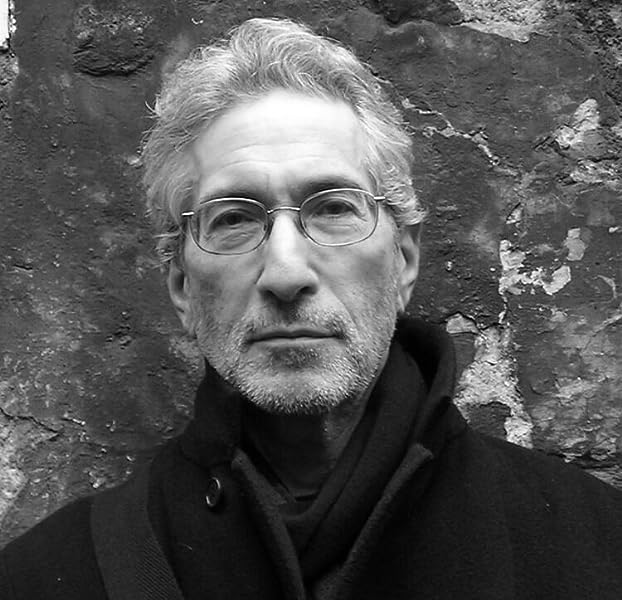 The A to Z Encyclopedia of Serial Killers Paperback – Illustrated, July 4, 2006

by Harold Schechter (Author)
4.6 out of 5 stars 270 ratings
See all formats and editions
Sorry, there was a problem loading this page. Try again.

Bestselling true-crime writer Harold Schechter, a leading authority on serial killers, and coauthor David Everitt offer a guided tour through the bizarre and blood-chilling world of serial murder. Through hundreds of detailed entries that span the entire spectrum -- the shocking crimes, the infamous perpetrators, and much more -- they examine all angles of a gruesome cultural phenomenon that grips our imagination.

From Art (both by and about serial killers) to Zeitgeist (how killers past and present embody their times)...from Groupies (even the most sadistic killer can claim devoted fans) to Marriage (the perfect domestic disguise for demented killers)...from Homebodies (psychos who slay in the comfort of their homes) to Plumbing (how clogged drains have undone the most discreet killer), THE A TO Z ENCYCLOPEDIA OF SERIAL KILLERS is the ultimate reference for anyone compelled by the personalities and pathologies behind the most disturbing of crimes.
Read more
Previous page
Next page

"The scholarship is both genuine and fascinating."
-- The Boston Book Review

Harold Schechter is a professor of American literature and culture. Renowned for his true-crime writing, he is the author of the nonfiction books Fatal, Fiend, Bestial, Deviant, Deranged, Depraved, and, with David Everitt, The A to Z Encyclopedia of Serial Killers. He is also the author of Nevermore and The Hum Bug, the acclaimed historical novels featuring Edgar Allan Poe. He lives in New York State.

Start reading The A to Z Encyclopedia of Serial Killers on your Kindle in under a minute.

Harold Schechter is an American true crime writer who specializes in serial killers. He attended the State University of New York in Buffalo where his PhD director was Leslie Fiedler. He is professor of American literature and popular culture at Queens College of the City University of New York.Schechter is married to poet Kimiko Hahn. He has two daughters from a previous marriage: the writer Lauren Oliver and professor of philosophy Elizabeth Schechter. His newest book, The Mad Sculptor, (about a sensational triple murder at Beekman Place in New York City in 1937) will be published in February 2014.

Praise for THE MAD SCULPTOR:

"Perfect for readers who enjoy the stories of the sensationalistic press of the 1930s and its crass exploitation of the details of horrific murders." - Kirkus

4.6 out of 5 stars
4.6 out of 5
270 global ratings
How are ratings calculated?
To calculate the overall star rating and percentage breakdown by star, we don’t use a simple average. Instead, our system considers things like how recent a review is and if the reviewer bought the item on Amazon. It also analyzes reviews to verify trustworthiness.

Deborah K. Dobbins
3.0 out of 5 stars Profile of a "disorganized" book . . .
Reviewed in the United States on June 10, 2006
Verified Purchase
The A to Z Encyclopedia of Serial Killers, is not an A-Z guide to the killers as the title implies.

There are no indexes or chapter guides to look up specific killers. Instead it has sections A through Z that list places and things. One would think that the individual killers would be listed under the respective letters such as Ted Bundy in the T section or in the B's under Bundy,Ted. This book rather lists (for example) in section "A" Alligators and then gives a couple paragraphs about which killer and how they were utilized in the crimes.. and in section "B" there are sections on Bathtubs and Body Parts; and yet again with a couple paragraphs each about which killer and how these items were utilized.

While there are a 6-7 killers that have their own sections dedicated under the respective letters, it doesn't really matter because they are already discussed under dozens of different A-Z listings in this book. This book does have good information and fun facts, but the format doesn't allow for reasearch of individual killers.

For the average reader, this is good to read a couple chapters at a time over several weeks, and you can skip around to different chapters and go back to others later. I will give this three stars as it has some good info and light hearted dark humor.
Read more
7 people found this helpful
Helpful
Report abuse

UncleBobMartin
5.0 out of 5 stars More than you want to know.
Reviewed in the United States on March 8, 2017
Verified Purchase
Schecter and Everitt serve a smorgasbord of serial killer knowledge that you may find poorly organised, but this is in fact its strength. An alphabetically arranged reference on serial killers might be a good thing, but wouldn't be so enjoyable readable. Instead, the authors arrange their facts under a series of nearly-random headings that serve little purpose other than to keep the reader ghoulish entertained.
Read more
2 people found this helpful
Helpful
Report abuse

✨ Sascha ✨
5.0 out of 5 stars Good book!
Reviewed in the United States on April 20, 2016
Verified Purchase
This book was extremely interesting. It highlighted some of the main aspects of serial killers. I wish it would've covered some more, lesser known ones. Nonetheless, it was a good read for me, especially since I'm studying criminal psychology. I recommend it for anyone who'd like to get more in depth into killers!
Read more
3 people found this helpful
Helpful
Report abuse

Rob Port
2.0 out of 5 stars For A Younger, Less Experienced Audience
Reviewed in the United States on December 5, 2002
Verified Purchase
I bought this book hoping to get detailed, in depth information about many of the more famous serial killers as well as information on the different types of killer's profiles. I bought the wrong book. After reading this book cover to cover, however, I can say I was entertained and did learn some interesting facts.
The book never really gets that in-depth in to WHY these people comit the crimes they comitted. It is also a little too light-hearted in places in dealing with a distasteful topic. I would have preferred a much more respectful approach to the topic.
This book IS entertaining as a light read on an airplane or something like that, but there are other books on this subject that would be vastly more interesting to the discerning reader looking to learn something about serial killers.
Read more
5 people found this helpful
Helpful
Report abuse

Sandra Morrison
5.0 out of 5 stars Its Serial Killers!
Reviewed in the United States on June 4, 2018
Verified Purchase
It is different than the first one.
Alot of repetition. But then, giving you a bigger picture.
Read more
Helpful
Report abuse

D. Ryan
4.0 out of 5 stars an interesting read
Reviewed in the United States on May 10, 2010
Verified Purchase
This book is a good read, it's well written and presented with lots of information about a heap of different serial killers. Unfortunately it does become VERY repeatative after a while and you do feel like your reading the same thing over and over again, but it was written to be like that. I was dissapointed to find that there was very little information about a notorious serial killer from the 1400's named Gilles de Rais. I'm guessing that's because the authors might not have found enough information about him. Harold Schechter and David Everitt are great authors who have researched and written quite a lot about murderers, serials killers etc. so you know what they have written is as close to accurate then most. Within the first 2 days of owning this book I had finished it, I couldn't put it down. It was a fascinating read and I recommend to anyone with a keen eye for true crime books to pick this one up, I promise it wont disapoint you.
Read more
2 people found this helpful
Helpful
Report abuse

Toddler Cyclops
4.0 out of 5 stars It's Well-Written
Reviewed in the United States on October 3, 2017
Verified Purchase
Pretty darn good. Some of it might be a little bit dated, and it's not exhaustive (nor meant to be).
Read more
2 people found this helpful
Helpful
Report abuse
See all reviews

Amazon Customer
5.0 out of 5 stars Swift Delivery and product as advertised
Reviewed in the United Kingdom on October 11, 2018
Verified Purchase
Very happy with my purchase. delivery was very quick and product was advertised and packaged appropriately so was not damaged.
Read more
Report abuse

Kathy Wilton
2.0 out of 5 stars not great
Reviewed in the United Kingdom on February 1, 2015
Verified Purchase
Found this a bit boring
Read more
One person found this helpful
Report abuse

sherrie
3.0 out of 5 stars Interesting
Reviewed in the United Kingdom on January 11, 2009
Verified Purchase
Interesting and informative book on serial killers, however from about halfway through it repeats itsself and becomes a little boring.
Read more
One person found this helpful
Report abuse

P. Harrison
3.0 out of 5 stars GOOD STUFF
Reviewed in the United Kingdom on March 1, 2015
Verified Purchase
Quite a compendium.
Read more
Report abuse

Shannon
3.0 out of 5 stars Decent read
Reviewed in Canada on July 30, 2019
Verified Purchase
Decent read but not what I expected.
Read more
Report abuse
See all reviews
Back to top
Get to Know Us
Make Money with Us
Amazon Payment Products
Let Us Help You
EnglishChoose a language for shopping. United StatesChoose a country/region for shopping.
© 1996-2021, Amazon.com, Inc. or its affiliates