Included with a Kindle Unlimited membership.
Read with Kindle Unlimited
Have one to sell?
Sell on Amazon
Flip to back Flip to front
Listen Playing... Paused   You're listening to a sample of the Audible audio edition.
Learn more
See this image 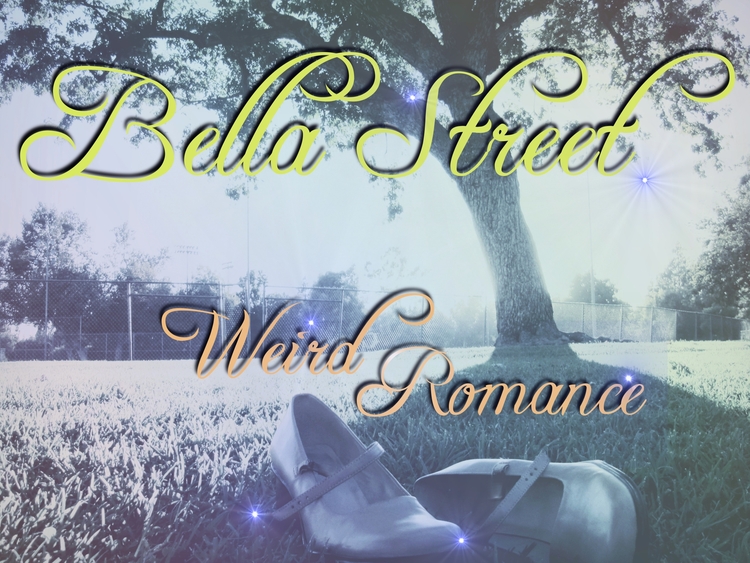 "I personally can't wait to read the next book and find out how things play out."

"Bella Street has a clear and unmistakable talent for storytelling."

--The Girl With The Green Shovel Book Reviews

"I recommend reading this series!"

"It's a great book, loads of humor and very compelling!"

Living so close to Nashville has provoked Bella to take up fiddle lessons. Until her tunes no longer sound like amorous alley cats, she writes romance with a touch of weird.
Start reading on your Kindle in under a minute.

3.3 out of 5 stars
3.3 out of 5
45 customer ratings
How does Amazon calculate star ratings?
Amazon calculates a product’s star ratings based on a machine learned model instead of a raw data average. The model takes into account factors including the age of a rating, whether the ratings are from verified purchasers, and factors that establish reviewer trustworthiness.
Top Reviews

Joan Reeves, NY Times and USA Today Bestselling Author
4.0 out of 5 stars Apocalypse Babes Rock!
Reviewed in the United States on October 8, 2011
Verified Purchase
Want a good example of the importance of a good book title or a series title? This is it. Bella Street created one of the best series titles I've seen in a while when she dubbed her 6 book series Apocalypse Babes.

I bought the first book, The Z Word, simply because of the series title. I figured any author witty enough to label a series with that moniker had to be an equally clever writer. I'm happy to say I was correct.

My Take On The Book

Take 3 valley girls and their longtime guy friend that 2 of the 3 are crushing on, toss them into a worm hole and send them back to a world without cell phones, the Internet, Starbucks, and satellite TV, and you have the clever premise of The Z Word. Yes, Z for zombies, but how the zombies were created is one of the many twists offered in this mixed genre novel.

Part science fiction, part romance, part mystery, part fantasy, The Z Word is all entertainment. From the out-of-the-box zombies to the creepy mind control, heroine Seffy Carter grows from vacuous airhead with a serious case of denial to savvy survivor unwilling to drink the KoolAid.

If you were alive in the 1980's--whether you rocked the decade or you were a baby being rocked in a cradle--you'll love the song references and cultural allusions. Though one might think this book is for young adults since they are the protagonists, that's not the case. This will keep you turning the pages late into the night. Warning: if you finish at 2 AM, you might find yourself visiting the Kindle Store for Book 2: The X Factor.

The best thing about this series is that the heroine Seffy grows--in all ways. In the beginning, you feel like slapping her and telling her to grow up and quit whining. By the end of the book, you're rooting for her because she's changed. When you get to the second book, you're totally in her corner, and you're wishing she'd see that Trent is not just a babe, but a babe who loves her--just as she is. And that's priceless.

If you like books that are different--books that can't be easily pigeon-holed--this book, and this series, is for you.

morehumanthanhumanTop Contributor: Graphic Novels
TOP 1000 REVIEWER
3.0 out of 5 stars Too many secrets
Reviewed in the United States on October 14, 2014
Verified Purchase
This book was utterly unique. Everything didn't work, but I give the author credit for attempting something new.

Seffy is having a normal day in modern LA when suddenly there is a blast and she finds herself transported to a strange landscape. She's with three of her closest friends and their complicated relationships form a major part of the plot. The rest of provided by the zombies and quasi-militaristic weirdos they encounter.

This book ends with a cliffhanger, which can be annoying if you didn't expect it.

Like many less experienced authors, Street uses what we don't know as a way to drive tension in the story. Seffy and her friends clearly have a complicated and dramatic backstory and they frequently reference it. But it becomes a drag to keep having to guess what is up with them. Everyone they encounter has secrets too and trying to keep track of all the mysterious motivations is less fun with every chapter. Dashes of this can make a story fun, but it felt like this entire book was nothing more than a riddle.

There is a lot of enjoy here -- a unique plot, interesting characters, a fresh approach to zombies. I just found myself wishing that the plot wasn't driven by the author withholding information from the readers.

***SPOILERS*** So I downloaded this book while it was free on Amazon because Z stand for Zombie. I have many friends into zombies and the apocalypse and so forth. Initially I wasn't really into the whole zombie/end of the world thing. I never really got it. I probably still don't really get most of it. But then I got into shows like The Walking Dead and started reading zombie and/or apocalypse stories and I was hooked. I mean who wouldn't want to read about the nasty undead with necrosis and slime and bleck-type stuff all over them that eat people and walk around as if in a trance? Right? And that is just the beginning! But I do not know how to classify this book in genre. It's like YA certainly tame enough for it), sci-fi (yeah - the zombies), romance (sort of but not really), fantasy ( kind of because the girls live in their own fantasy of what life is all about prior to the - err, end of the world), contemporary (despite the 70s/80s references) - basically it is a clusterpluck of a whole lotta genres with nothing specific.

So ....... I read The Z Word to try and experience more of life after the end. At first I was completely lost. Seffy wants Gareth and Gareth has Verity and Verity and Seffy hate each other but fake like they're friends on the outside and then BOOM! The world is like, gone, I guess. Seffy remains, Gareth remains, Verity is no where to be found, and a couple others end up joining up with them that they know. They spend the night in an old abandoned car and wake up to a zombie intent on killing them. But things are not adding up. First, they have no idea where they ended up after the end of the world. They don't even know it is the end of the world. Then there is the obvious - there are zombies, HELLO! And these are not your normal Zombies. They are all dressed from the seventies; paisley shirts, bell bottoms, platform shoes, etc. And somewhere along the way they discover that these flesh eaters love to dance to music that matches their era of dress. And in fact, it is the only way to side track the undead.

Eventually they meet up with this other group of kids who, in some odd way, kind of resemble their group. Seffy ends up getting it on with this guy from the group who reminds her of Gareth. Turns out he's been infected by the zombies and through his contact with Seffy, he infects her too. Then everyone wants to kill Seffy, afraid she will turn into a zombie and infect them all. But Seffy apparently has some sort of awesomesauce immunity to the zombie virus because she doesn't turn. And during this time, some whackado named Malone has given them shelter, food, and information about the surrounding area - kind of. It's information, but it's not information. You know? So dude dies, Seffy doesn't, and both groups travel with Malone to another supposed safe house. But it is not what is seems and they all end up with another guy named Popov. He takes them to a compound which is also not as it seems.

And in the midst of all of this is the Gareth/Seffy romance/non-romance thing going on. I really have no idea what the heck the dealis with them. Seffy wants him, but knows he is with Verity - or was. Gareth says he cares for Verity and that he cares about Seffy, but not the same way. Then he goes all jealous-mode when she hooks up with the infected guy. It is just a jumble of craziness. Oh! And despite Gareth's "guy you'd love to be seen with" exterior, dud is one heck of a sci-fi buff.

I am still not entirely sure the purpose of some of the characters in the story. Though the series is called Apocalypse Babes, so perhaps they will play a role later on down the road. They are all pretty much self-centered, shallow brats that think the outerwear and lifestyle (or façade) make the person. And at odd times each demonstrates a moment of intelligence. Mind you I said moment. And that could well be stretching it. The craziest of it all was when the book ended, which is a craptastic cliffhanger, I wanted to read the next book. I have no idea why. I just need to know what happens next. What does that even mean? Am I losing my mind? Or is Ms. Street more brilliant than I originally gave her credit? I really don't know at this point. My only next option is to read book 2 and see what I think after that one. Everything must have been set up the way it was for a reason - perhaps the answers I seek will be addressed in the next installment. So I am on the fence. I think I might be hooked in a sadistic kind of way, but I kind of hated the lack of information provided and the city girl trendy attitudes. UGH! I am going with a rating of 2 for now because my feelings are as much of a jumble of craziness as this book was.