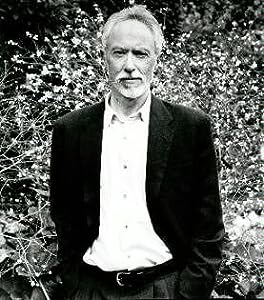 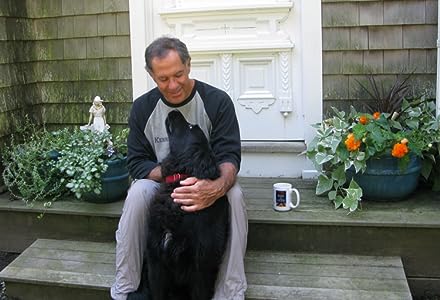 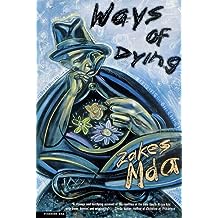 In Ways of Dying, Zakes Mda's acclaimed first novel, Toloki is a "professional mourner" in a vast and violent city of the new South Africa. Day after day he attends funerals in the townships, dressed with dignity in a threadbare suit, cape, and battered top hat, to comfort the grieving families of the victims of the city's crime, racial hatred, and crippling poverty. At a Christmas day funeral for a young boy Toloki is reunited with Noria, a woman from his village. Together they help each other to heal the past, and as their story interweaves with those of their acquaintances this elegant short novel provides a magical and painful picture of South Africa today.

Ways of Dying was awarded South Africa's prestigious M-Net Book Prize, awarded by the TV channel M-Net to books written in one of South Africa's official languages, and was shortlisted for the Central News Agency (CNA) Award and the Noma Award, an Africa-wide prize founded by Shoichi Noma, onetime president of Kodansha International. 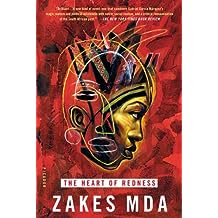 In The Heart of Redness -- shortlisted for the prestigious Commonwealth Writers Prize -- Zakes Mda sets a story of South African village life against a notorious episode from the country's past. The result is a novel of great scope and deep human feeling, of passion and reconciliation.

As the novel opens Camugu, who left for America during apartheid, has returned to Johannesburg. Disillusioned by the problems of the new democracy, he follows his "famous lust" to Qolorha on the remote Eastern Cape. There in the nineteenth century a teenage prophetess named Nonqawuse commanded the Xhosa people to kill their cattle and burn their crops, promising that once they did so the spirits of their ancestors would rise and drive the occupying English into the ocean. The failed prophecy split the Xhosa into Believers and Unbelievers, dividing brother from brother, wife from husband, with devastating consequences.

One hundred fifty years later, the two groups' decendants are at odds over plans to build a vast casino and tourist resort in the village, and Camugu is soon drawn into their heritage and their future -- and into a bizarre love triangle as well.

The Heart of Redness is a seamless weave of history, myth, and realist fiction. It is, arguably, the first great novel of the new South Africa -- a triumph of imaginative and historical writing. 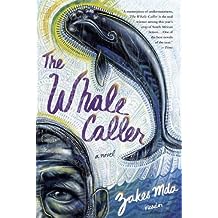 "A voice for which one should feel not only affection but admiration." --The New York Times

The Whale Caller, Zakes Mda's fifth novel, is his most enchanting and accessible book yet-a romantic comedy of sorts in which the changing face of post-apartheid South Africa is revealed through prodigious, lyrical storytelling.

As the novel opens, the seaside village of Hermanus, on the country's west coast, is overrun with whale watchers-foreign tourists wearing floral shirts and toting expensive binoculars, determined to see whales in their natural habitat. But when the tourists have gone home, the Whale Caller lingers at the shoreline, wooing a whale he calls Sharisha with cries from a kelp horn. When Sharisha fails to appear for weeks on end, the Whale Caller frets like a jealous lover-oblivious to the fact that the town drunk, Saluni, a woman who wears a silk dress and red stiletto heels, is infatuated with him.

After much ado-which Mda relates with great relish-the two misfits fall in love. But each of them is ill equipped for romance, and their on-again, off-again relationship suggests something of the fitful nature of change in post-apartheid South Africa, where just living from one day to the next can be challenge enough.

Mda has spoken of the end of apartheid as a lifting of the South African novelist's burden to write on political subjects. With The Whale Caller, he has written a tender, charming novel-the work of a virtuoso among international writers. 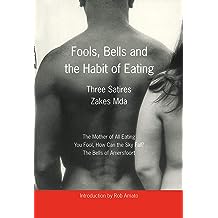 Cupidity, corruption and conciliation are the themes of the three plays in this collection from one of South Africa’s leading writes.
The Mother of all Eating, a one-hander, with its central character a corrupt Lesotho official, is a grinding satire on materialism in which the protagonist gets his come-uppance.
You Fool, How Can the Sky Fall? is an unbridled study in grotesquerie, reflecting a belief, traceable throughout Mda’s work, that government by those who inherit a revolution is almost inevitably, in the first decade or two, hijacked by the smart operators.
The Bells of Amersfoort, with its graphic portrayal of the isolation imposed by exile, picks up on the themes of the other two plays but adds to them the concept of ‘healing’, both of the soul and of the land, in a lyrical work which holds out more hope than do its companions in this volume. The plays are introduced by Rob Amato, who directed much of Mda’s earlier work. 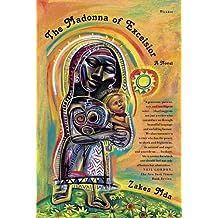 In 1971, nineteen citizens of Excelsior in South Africa's white-ruled Free State were charged with breaking apartheid's Immorality Act, which forbade sex between blacks and whites. Taking this case as raw material for his alchemic imagination, Zakes Mda tells the story of a family at the heart of the scandal -and of a country in which apartheid concealed interracial liaisons of every kind.

Niki, the fallen madonna, transgresses boundaries for the sake of love; her choices have repercussions in the lives of her black son and mixed-race daughter, who come of age in post-apartheid South Africa, where freedom prompts them to reexamine their country's troubled history at first hand.

By turns earthy, witty, and tragic, The Madonna of Excelsior is a brilliant depiction of life in South Africa and of the dramatic changes between the 1970s and the present. 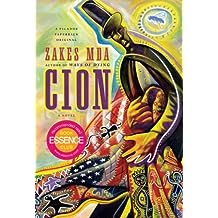 The hero of Zakes Mda's beloved Ways of Dying, Toloki, sets down with a family in Middle America and uncovers the story of the runaway slaves who were their ancestors.

Toloki, the professional mourner, has come to live in America. Lured to Athens, Ohio, by an academic at the local university, Toloki makes friends with an angry young man he meets at a Halloween parade and soon falls in love with the young man's sister. Toloki endears himself to a local quilting group and his quilting provides a portal to the past, a story of two escaped slaves seeking freedom in Ohio.

Making their way north from Virginia with nothing but their mother's quilts for a map, the boys hope to find a promised land where blacks can live as free men. Their story alternates with Toloki's, as the two narratives cast a new light on America in the twenty-first century and on an undiscovered legacy of the Underground Railroad. 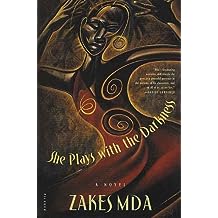 In a remote mountain village in Lesotho, the beautiful Dikosha lives for dancing and for song, setting herself apart from her fellow villagers. Her twin brother, Radisene, works in the lowland capital of Maseru, struggling amid political upheaval to find a life for himself away from the hills. As the years pass, Radisene's fortunes rise and fall in the city, while Dikosha remains in the village, never leaving and never aging. And through it all, the community watches, comments, and passes judgment. 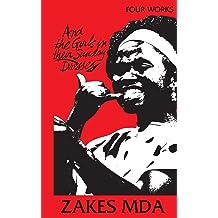 Two very different women meet during a long wait to buy subsidized rice and discover they have more in common than their poverty; an old man and a child share a last loving waltz; a cynical, disabled gangster learns humanity from a committed social worker, and a young girl finds her missing father and her role in the political struggle.
This collection of stage plays, one radio play and a cinepoem, captures the essence of Zakes Mda’s method as a dramatist- a slow but intimate process of revelation (on the part of the characters). It is an artistic cooperation of the most pleasurable kind.