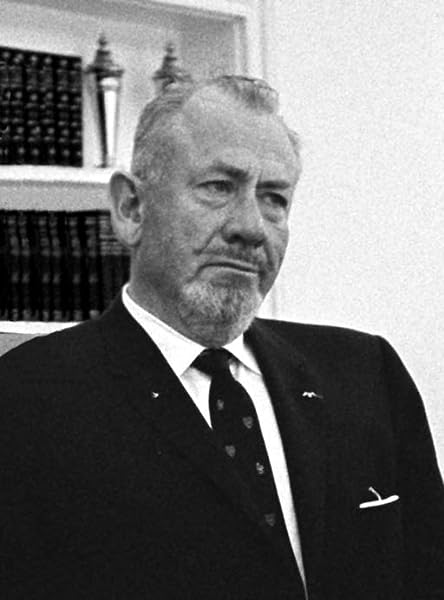 Steinbeck was nominated for an Academy Award in 1952 for his screenplay, Viva Zapata! The film, based on the life of Mexican peasant revolutionary Emiliano Zapata, stars Marlon Brando, Anthony Quinn, and Jean Peters and is the only original work Steinbeck wrote for the screen. The original story upon which Steinbeck based his script was recently uncovered in a UCLA research library. The two versions are presented together here, and they complement each other well. The original story is more of a preliminary treatment and differs substantially from the screenplay. Steinbeck, who was fluent in Spanish, spent years in research, collecting oral histories from Zapata's contemporaries and veterans of the revolution and obtaining information not available in any other written record. His screenplay is superb drama on its own and is enriched by the historical framework. Recommended for academic libraries and large film collections.
- Marianne Cawley, Kingwood Branch Lib., Tex.
Copyright 1993 Reed Business Information, Inc.

John Steinbeck, born in Salinas, California, in 1902, grew up in a fertile agricultural valley, about 25 miles from the Pacific Coast. Both the valley and the coast would serve as settings for some of his best fiction. In 1919 he went to Stanford University, where he intermittently enrolled in literature and writing courses until he left in 1925 without taking a degree. During the next five years he supported himself as a laborer and journalist in New York City, all the time working on his first novel, Cup of Gold (1929). After marriage and a move to Pacific Grove, he published two California books, The Pastures of Heaven (1932) and To a God Unknown (1933), and worked on short stories later collected in The Long Valley (1938). Popular success and financial security came only with Tortilla Flat (1935), stories about Monterey’s paisanos. A ceaseless experimenter throughout his career, Steinbeck changed courses regularly. Three powerful novels of the late 1930s focused on the California laboring class: In Dubious Battle (1936), Of Mice and Men (1937), and the book considered by many his finest, The Grapes of Wrath (1939). The Grapes of Wrath won both the National Book Award and the Pulitzer Prize in 1939.Steinbeck received the Nobel Prize in Literature in 1962, and, in 1964, he was presented with the United States Medal of Freedom by President Lyndon B. Johnson. Steinbeck died in New York in 1968. Today, more than 30 years after his death, he remains one of America's greatest writers and cultural figures.

ASK@NWCLIPS
3.0 out of 5 stars This Book is Best-Suited To Film Students!
Reviewed in the United States on August 8, 2015
Verified Purchase
I'm not sure, exactly, who the intended audience for this book is; nevertheless, I suspect that it is included in numerous college syllabi for courses in film criticism and various "soshe" classes around American politics and social activism. That the editor, Robert E. Morsberger, contributed numerous articles to and, I believe, edits the Steinbeck Review lends weight to this suspicion; not to mention the included critical essay by the man that occurs between the original screen play and the actual screen play.
In addition to these two plays, preceding them is a word picture that Steinbeck drew to describe to the movie's eventual director and producer Steinbeck's own vision and intention for the film.
While having the actual mechanics of a screenplay laid out before one's eyes is interesting to one who hasn't seen the like, this would be true regardless of the underlying story. It just happens in this case to be Zapata, which happens to be the only screenplay Mr. Steinbeck wrote entirely by himself.

As to this book, we are essentially presented with three versions of the same story That this is a bit repetitive is obvious and, frankly, my advice is to read the first two treatments and then go watch the movie.
For those of you expecting more of a story about Zapata (or even a biography), based upon the numerous rather puzzling reviews here indicating this is the case, you will disappointed. For, this is a story about a film script, or screenplay, the subject of which is Emiliano Zapata. It does not pretend to be either a history or a biography: It is an adventure story with political/socio-economic overtones, that roughly hews to historical events and figures.

One thing this book is GREAT for is the appendix which includes the entire oevre of Steinbecks filmic career. It is highly informative and will send the most eager of us on to other works by this American Classic.

Three stars because this book's true audience is quite narrow and the broader audience is likely to be disappointed, one suspects.

JH.
4.0 out of 5 stars Good insight into Zapata and Steinbeck
Reviewed in the United States on May 18, 2012
Verified Purchase
This was an interesting read. A good part of it is the screenplay itself, but that was indicated in the description so there were no surprises in that respect. It was nice to see Steinbeck writing down his thoughts about Mexico and his opinion of Zapata and the revolution. I enjoyed that very much. I recommend this book to anyone interested in writing screenplays or anyone who is a student of Steinbeck or the Mexican Revolution. It is a shame to learn that Viva Zapata was not made the way Steinbeck wanted, and it could have been a great film instead of just a so-so film. I with they'd have given Steinbeck free reign and gotten John Huston to direct. That would have been a film up there with The Treasure of the Sierra Madre, alas, that didn't happen.
Read more
2 people found this helpful
Helpful
Report abuse

Fred Hernandez
5.0 out of 5 stars Mexico's Man of the People!
Reviewed in the United States on April 12, 2015
Verified Purchase
Most complete book on a true Mexican leader. Those who worked the land deserved their right to own their share. Mexico would be a leader in the world today if all the other men in leadership roles had lived by Zapata's principles.
Read more
4 people found this helpful
Helpful
Report abuse

the reviewer
3.0 out of 5 stars Three Stars
Reviewed in the United States on July 9, 2018
Verified Purchase
so so
Read more
Helpful
Report abuse

Jerry W. Scott
4.0 out of 5 stars Four Stars
Reviewed in the United States on January 4, 2017
Verified Purchase
A little out of date but a good overview of Mexican history.
Read more
2 people found this helpful
Helpful
Report abuse

Talantia
5.0 out of 5 stars Great book!
Reviewed in the United States on September 2, 2013
Verified Purchase
I reallly appreciated that Steinbeck went to Mexico to interview those still alive from the revolution and got real stories from real people. It was great to read about the people, how they lived, loved, took care of their land until it was taken from them and how they were so oppressed. Zapata is a part of our family heritage and I enjoy anything i can learn about him. The movie pretty closely followed the book and i also appreciated that.
Read more
One person found this helpful
Helpful
Report abuse
See all reviews