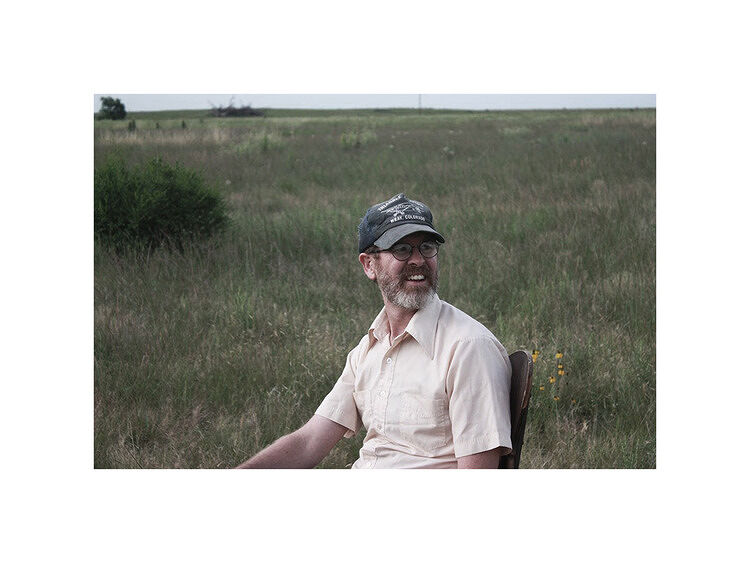 by Gregory Hill (Author)
3.8 out of 5 stars 7 ratings
Book 3 of 3: Strattford County Novel
See all formats and editions
Sorry, there was a problem loading this page. Try again.

Narwhal Slotterfield, a chaos-loving basketball referee (aka, a “zebra”) loves bending the rules for the Underdog. Or, as he puts it, he “keeps an eye out for the little guy while simultaneously taking advantage of him.”He is in love with Veronica, a delightful woman he met by chance, and on the way home from a road trip, they stop at a diner in the run-down town of Holliday on the eastern Colorado plains. Narwhal is inspired to ask Veronica to marry him. But the universe, it seems, has other plans―before he can propose, time stops completely, for everyone and everything except for him. Birds are suspended in mid-air, the setting sun refuses to budge, and Narwhal's beloved is frozen in the midst of taking a bite of a French fry.Faced with uncomfortable truths about himself, Veronica, and even the nature of being human, Narwhal must choose to either focus myopically on himself or, like an unlikely superhero referee, to right the wrongs of the world.The concluding volume in Gregory Hill's zany Strattford County trilogy, Zebra Skin Shirt is a wild book of time-warped stream of consciousness and space-shifting solipsism, at once a man's search for himself and a triumphant struggle for love.
Read more
Previous page
Next page

A brilliantly-executed, fascinating, and relentlessly hilarious immersion
into the Twilight Zone as it exists on the plains of Eastern Colorado. Hill's
imagination on full-blast is a force of nature. This ranks with the best of Vonnegut's mind-benders, but with more laughs page-for-page.
--Zach Boddicker, Author of The Essential Carl Mahogany

A basketball referee with the Pynchonesque name of Narwal Slotterfield orders a hamburger at a diner in eastern Colorado and time stops across the universe. What happens after that becomes a funhouse-mirror holograph of a novel produced by Slotterfield's cornered brain as it tries to understand this new world. Time hasn't stopped, he learns, it has just slowed down, slow enough to allow Gregory Hill's wild story to unfold in completely unexpected ways.
--John Vernon, Author of Lucky Billy

A psychedelic tale of adventure and love unfolding on Hill's beloved Eastern Colorado Plains. Our hero and narrator, Narwhal Slotterfield, treks through tornadoes, gutted homesteads and survivalist compounds all while navigating an alternative time/space reality. He's on a journey of self-discovery that resonates as an experimental love song to rural culture on the plains.
--Richard Saxton, M12 Studio Director and Professor University of Colorado Boulder

Gregory Hill was raised on a wheat farm in eastern Colorado. He left for Boulder/Denver as soon as he graduated high school, with zero intention of ever coming back. Twenty-six years later, he lives on that farm with his wife Maureen, writing and making odd music.
Tell the Publisher!
I'd like to read this book on Kindle

Gregory Hill was raised on a wheat farm in eastern Colorado. He left for Boulder/Denver as soon as he graduated high school, with zero intention of ever coming back. Twenty-six years later, he lives on that farm with his wife Maureen, writing and making odd music. His first novel, East of Denver, won the Colorado Book Award.

Mark Stevens
VINE VOICE
5.0 out of 5 stars James Joyce on Nitrous Oxide
Reviewed in the United States on July 15, 2018
All hell breaks loose in eastern Colorado when Narwhal W. Slotterfield responds to nature’s call and heads to the bathroom inside Cookie’s Palace Diner and realizes that an overlooked onion ring, one that has tumbled from his shirt and on to the floor, might serve as token of devotion and allow him to propose marriage to his darling Veronica.

Narwhal, a basketball referee and an enthusiastic philosopher of life’s big questions and its most obscure puzzles, returns to the dining room where Veronica is waiting.

Only to realize that time has stopped.

At first, Narwhal thinks it’s a joke. A good one. The coffee being dispensed from waitress Flo’s coffee pot is frozen mid-pour.

“The whole world was trapped in amber. But there was no amber.”

Narwhal is alone in a frozen world—and we readers are launched on a whirlwind, free-fall, madcap, blender-set-to-puree, mixed up, quirky, topsy-turvy adventure that ricochets around the eastern plains as Narwhal seizes the moment to perhaps settle a score with “Blad the Impaler,” a.k.a. Bradley Ludermeyer, who works for The Denver Broncos and whose duties include enforcing the appearance clause in the cheerleaders’ contracts.

Well, “Blad” has it coming in Narwhal’s mind. It has something to do with fakery and “the pooch kick” but really there’s no need to go into a whole lot of detail about what sends Narwhal on a crazy run from town to town through storms and harrowing situations, including a frozen tornado, the first of its kind in the history of recorded literature.

There are many things Narwhal can accomplish while the world is on pause—it turns out that the world is, in fact, moving but at an almost imperceptible rate—and more than a few opportunities will present themselves as he makes his way to Denver and back.

Along the way, we get ample doses of Narhwal’s family history and a healthy dollops of his thoughts and opinions about the thrills and challenges of working as a high school basketball referee, a job that allows him to put his thumb on the scale of victory when needed.

Narwhal: “Imagine a game between the Grateful Dead and the members of Motörhead. Imagine a sloth subletting a room from a beehive. Imagine Mad Max’s wife and toddler running away from an anarchic Australian motorcycle mob. Then bring me in to clear things up. I invent new infractions, like Over-Dribbling or Failure to Use a Pivot Foot.”

Zebra Skin Shirt, “A Strattford County Yarn,” is Jack Kerouac on amphetamines. It’s Proust on meth. It’s James Joyce on nitrous oxide. It’s Lewis Carroll after smoking a bowl of The Blue Dream. The tornado of thoughts inside Narwhal’s head is in full, high-speed rotation and it scoops us up for the ride. It’s occasionally crude, relentlessly brash, and endlessly entertaining. Narwhal passes up no opportunity to tell us what he thinks about how the world is put together all seen through the prism of a basketball referee with his personal sense of justice and fairness.

Zebra Skin Shirt is being published by Conundrum Press alongside reprints of Hill’s first two novels—East of Denver (winner of the Colorado Book Award for literary fiction and the Amazon Breakthrough Novel Contest) and The Lonesome Trials of Johnny Riles.

The trilogy now comes with snazzy new psychedelic covers and the books are published under the “Strattford County” header. The package makes sense because Zebra Skin Shirt sends Narwhal smack into the vicinity of Jabez Millstone, ex-Korean War nurse with PTSD issues who played a major role in Johnny Riles, and it puts Narwhal into the middle of the bank robbery scene that played such a critical role in East of Denver.

Tony Parsons
3.0 out of 5 stars satire?
Reviewed in the United States on December 26, 2018
Gregory Hill (304, 1019) Zebra Skin Shirt: A Novel (A Strattford County Yarn Book 3) 12/22 posted 12/26/18
Dr. Slotterfield (husband/adopted father, U of Denver Professor 19th Century French Ethics), & Dr. Slotterfield (wife/adopted mother, U of Denver Professor Astrogeology), adopted Narwhal W. Slotterfield at an early age.
At 6’8” Narwhal (33, mixed race, basketball ref, aka zebra, adopted) never went out for basketball.
Getting razzed on by everyone at the game was quite common.
Even the cheerleaders made up a chant about Narwhal.
Lakewood, CO. Just by chance it was raining cats/dogs.

Narwhal not the best at being polite/manners gave Veronica Vasquez his umbrella as she got off the bus.
Fast forward, they exchanged information & were soon dating.
They took a trip to her hometown St. Louis, MO.
Holliday, CO., Cookie’s Palace Diner. Narwhal was going to propose to Veronica “Vero”.
Flo (waitress, aka Sandy Boudreaux), & Cookie McHamburger (aka Darrel Swets, 25+, cook) worked there. Axel Buster (old timer) was a local patron.
1 day unbelievable, Don Connelly Head of the Office of Big 12 Athletics Oversight head called Narwhal.
1st round CU Golden Buffaloes Men’s Basketball vs. Texas Tech Red Raiders.
That was the last call he ever got.
Fast forward, Keaton, CO. What did Veronica “Vero” Vasquez write on a piece of paper to Narwhal?
Narwhal has taken it upon himself to help provide for Charlene Morning who is P/G from either John/Vernon Riles.
What surprise did she have for him?

A very awesome book cover, great font & writing style. A fairly well written humor (satire) book. It wasn’t very easy for me to read/follow from start/finish, but never a dull moment. There were no grammar/typo errors, nor any repetitive or out of line sequence sentences. Lots of exciting scenarios, with several twists/turns & a great set of unique characters to keep track of. I’m not sure I understood this story content. That said I will only rate it at 3/5 stars.

Tim Roberson
3.0 out of 5 stars Could have been Douglas Adams lite......
Reviewed in the United States on January 1, 2019
This book began with an outstanding premise with time coming to a crawl and our intrepid hero with his sense of fairness and justice and giving the world its just due. The first 2 parts of the book were filled with fun and humor and kept me wanting more. However, the last 2 parts seemed to be an acid trip gone horribly wrong. I felt like Alice going through the rabbit hole into the heart of a madhouse. Had the story stayed on its initial trajectory it would have been a most fun ride recalling memories of Douglas Adams. All told, the first half of the book was 5 stars with the last 2 parts being only 2 at most. I have to give it 3 stars overall. Perhaps if I had read the first 2 books in the trilogy, it might have helped but Gregory Hill definitely held my attention through the first half.
Read more
Helpful
Report abuse
See all reviews