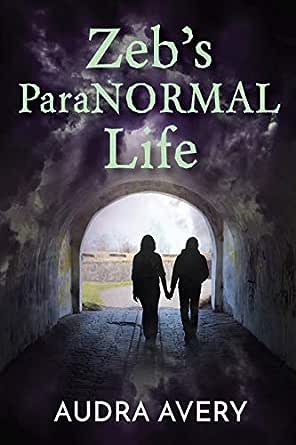 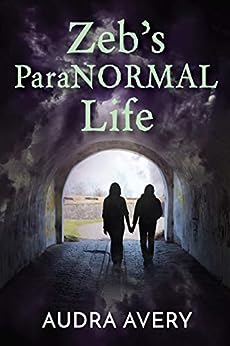 Audra Avery is a southern bound writer from the mountains. Her passion for storytelling began at the age of four. After watching countless Disney movies as a child, she began creating her own imaginative stories. She found her truest love - children's books. Writing has given her the greatest joy in knowing her words may help children discover their love for reading. --This text refers to the paperback edition.

KATHYED8
5.0 out of 5 stars BEST BOOK EVER!!
Reviewed in the United States on September 20, 2020
Verified Purchase
This is a great book for middle schoolers grades 5-7. My granddaughter loved the book and she has a hard time finding books that hold her interest. I highly recommend this book if you have a child that needs a book that is not too complex to read but also entertaining.

LitPick Book Reviews
5.0 out of 5 stars Fast-paced and suspenseful
Reviewed in the United States on October 11, 2020
Fourteen year old Zebulon Harris, the main character in Zeb’s Paranormal Life by Audra Avery, is not your typical teenager. He is a medium, which means he can channel spirits and
talk to them. But he often finds himself thinking of his ability as a hindrance and wishing he was just a normal kid going to a normal school. One day, he goes as far as saying he won't be a medium anymore, then he meets and befriends Karen Pecan, a new girl at his school. Soon he learns that she is really a ghost, and he tries to ignore her; but there’s something about her that he just can’t let go. He gradually finds out that Karen is in danger and needs his help. Will Zeb continue to shun his paranormality or choose to accept it in the name of helping Karen?

Opinion:
Zeb’s Paranormal Life is a fast-paced and suspenseful read. Audra Avery includes many plot twists to keep the reader engaged for the entirety of the novel. In my opinion, Zeb’s Paranormal Life had just the right amount of characters which made up the perfect balance of good vs. evil. I really liked how this book included subtle life lessons that are applicable to teen readers and which complimented the riveting storyline. One such lesson that Zeb learns throughout the book is to accept your personality and trust your abilities, no matter what happens. I would recommend this book to fantasy lovers ages 12 and up.

Courtnee Hoyle
5.0 out of 5 stars Supernatural and Suspenseful
Reviewed in the United States on October 17, 2020
Zeb’s ParaNORMAL Life by Audra Avery is fast-paced and interesting. The book promises a trip into the paranormal, and the author delivers an engaging view of the life of a young medium.
Right away the reader learns the difference between the paranormally gifted, and Zeb’s distinction among them. He is a psychic medium who can see, hear, and touch the dead.
Zeb does not embrace his gift until he thinks it will benefit his new friend, Karen Pecan. The two young teenagers form a fast friendship, bonded by more than common interests.
Zeb quickly realizes that Karen is in danger and he decides to gain as many skills as possible from his school, to help him improve his extra-sensory abilities.
The conversational style of the book will appeal to children between the ages of eleven and seventeen. It embraces Zeb’s coming-of-age, amid a parade of supernatural occurrences, and the theme of good versus evil and courage and perseverance are clear, from the taunts of a student, Max, to the climactic otherworldly battles in the final pages. Older readers will enjoy the mystery surrounding Zeb’s father and Karen Pecan, the supernatural relationships, and suspense.
I enjoyed the perspective of the protagonist and the strong family relationships. I found myself shouting encouragements for Zeb and crying with his mother. There are many relatable characters-even though some of them are dead. There was a hint of intrigue at the end of the book, so I certainly hope to read a sequel to this book!
Read more
Helpful
Comment Report abuse

Alexa Sommers
5.0 out of 5 stars Good story
Reviewed in the United States on August 27, 2020
An engaging story aimed at preteens, the writing is good and the author did well to keep that audience in mind, keeping the prose clean and easy to read. The story moves quickly and will draw the reader in well.
Read more
Helpful
Comment Report abuse
See all reviews