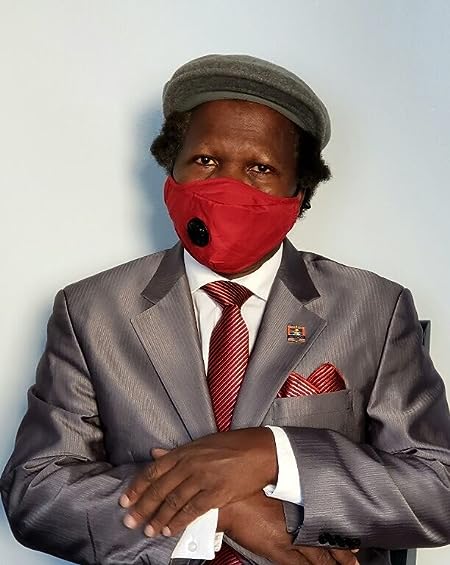 DR. ZEKEH S. GBOTOKUMA is a globetrotter, polyglot (Ngbaka, Lingala, French, English, Italian, and German) and a US citizen of Congolese descent who refers to himself as a cosmocitizen. He earned a Doctorate in Philosophy from Gregorian University, a post-doctoral Diploma in International Studies from the Italian Society for International Organization, a BA in Theology from Pontifical Urban University, all in Rome, Italy. He also holds several Certificates (English as Foreign Language from St. Luke’s Priory, Wincanton, UK; Certificate in French, Advanced Level, from the Institut d'Etudes Françaises de Touraine, Tours, France; Certificate in Deutsch als Fremdsprache (German as Foreign Language), from Goethe Institute Boppard, Germany; and a Certificate in African Studies from Yale University’s PIER-African Studies Intensive Summer Institute on “The Teaching of Africa.” After twelve years of education and work in Europe, he is currently an Associate Professor of Philosophy at Morgan State University (MSU) in Baltimore, Maryland (USA), and the founding President of Polyglots in Action for Diversity, Inc. (PAD). He is the former Director of the Center for Global Studies at MSU. His “extraordinary commitment to global learning and international understanding” made him the recipient of the prestigious Dr. Sandye Jean McIntyre, II International Award 2008. He is also one of Afrimpact Magazine’s 100 Most Influential People Awards 2017 recipients. He is the author of numerous multilingual publications (articles and books), including, among others, DEMOCRACY AND DEMOGRAPHICS IN THE USA: The Squad's Roadmap to Transform the Blue Wave Into a Blue Tsunami in the 2020 Elections (Amazon Kindle 2020); A Polyglot Pocket Dictionary of Lingala, English, French, and Italian (Newcastle upon Tyne, UK: Cambridge Scholars Publishing, 2016); Global Safari: Checking In and Checking Out in Pursuit of World Wisdoms, the American Dream, and Cosmocitizenship, and A Pan-African Encyclopedia (Edwin Mellen Press, 2003). 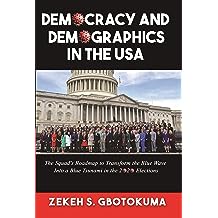 DEMOCRACY AND DEMOGRAPHICS IN THE USA: The Squad's Roadmap to Transform the Blue Wave Into a Blue Tsunami in the 2020 Elections Nov 10, 2020
by Zekeh Gbotokuma
$12.00
The United States is ‘the first modern democracy.’ Unfortunately, Trumpism has increasingly become an imminent threat to democracy and national unity. For years, the American exceptionalism has allowed U.S. presidents to be leaders of the free world. Sadly, through southern strategy, abuse of power, and isolationism, President Trump has proven that he is “unfit to lead” domestically and globally, especially during the current coronavirus pandemic crisis. The general elections 2020 are about keeping the U.S. as a republic by rescuing its democracy from tweetocracy, protecting and defending its national security and sovereignty. Unfortunately, Congressional ‘Trumpublicans’ have put party before country and failed to patriotically carry out their oversight duty. Consequently, it is imperative that Democrats transform the midterms 2018 ‘blue wave’ into a blue tsunami. That is the best possible way to restore sanity, decency, law and order in Washington.
Read more
Other Formats: Paperback 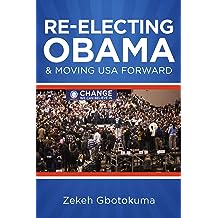 Re-Electing President Obama & Moving USA Forward: Memorandum to My Fellow Americans Regarding Fairness & National Well-Being Sep 29, 2012
by Zekeh S. Gbotokuma
( 1 )
$9.99
After my first and only vote in an undemocratic presidential election in my country of birth, the Democratic Republic of Congo (DRC), formerly Zaire, I migrated to Europe and the United States of America, where I spent most of my adult life without ever voting in any political elections again. 'Obamaenon', or the Obama Phenomenon is the main reason why I finally decided to become a U.S. citizen in January 2012. Now armed with a Certificate of U.S. Citizenship and a Voter Notification Card, I am fired up and ready to cast the second vote of my life. It will be my first vote as an American to re-elect President Obama in a truly democratic election. Obama's epic election victory in November 2008 and his presidency are the true meanings of "Change We Can Believe in," Hope, and the American Promise. Under extremely difficult circumstances characterized by the biggest financial crisis since the Great Depression, obstructionism, "Hell No You Can't," and "Do Nothing" Republican Congress, President Obama has consistently displayed some of the great leadership qualities the USA and the world need: confidence, calm, and proven ground. Despite the Republican Congress obstructionism, President Obama's accomplishments are very impressive and amazing. For example, the health care reform ('Obamacare'), Wall Street Reform, Rebuilding of the American Auto Industry, the killing of America's number one enemy, Osama bin Laden, the New START, etc. He deserves a second term to finish what he started. His progressive and well-balanced policies will prevent another U.S.-originated global financial crisis. His re-election will restore fairness, keep us united, stronger, healthier, and safer.
RE-ELECTING PRESIDENT OBAMA is a memorandum to my fellow naturalized Americans and first-time voters as well as Independents, Undecided Voters, and diversity-loving Americans to reject 'birtherism', re-elect President Barack Obama and move the USA and the world forward.
Read more 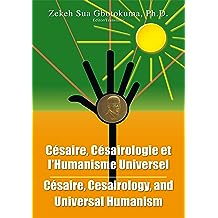 This two-part, twelve chapter, and bilingual work (English-French) is the Gospel of Negritude according to the world renowned poet and politician Aim Csaire of Martinique. The work is also a vivid account of the busy life and works of Csaire according to himself as well as through the eyes and voices of numerous scholars, Cesairologists, politicians, and friends from the global village. In June 2003, these celebrities gathered in Fort-de-France to celebrate Csaires 90th birthday. They were signatories of one message, that is, Negritude is a universal humanism and Csaire, is a pan-Africanist, human rights activist, multiculturalist, and A Thought for the 21st Century and for the global age.

Csaire is a man of deep-rootedness and the prototype of dignity.
(C. LAPOUSSINIRE, CCER President)

Csaires work is a good for the whole humankind.
(French President Jacques CHIRAC)

"His[Dr. Gbotokumas]studies of universal humananism in the works of Cesaire are among the most thorough and comprehensive I have seen." (Prof. Henry L. Gates, Harvard University)