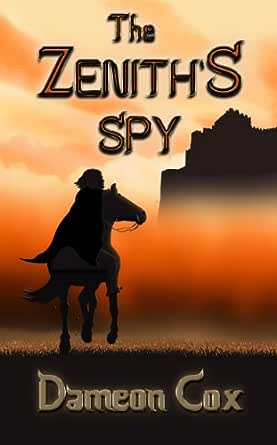 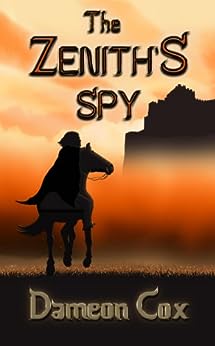 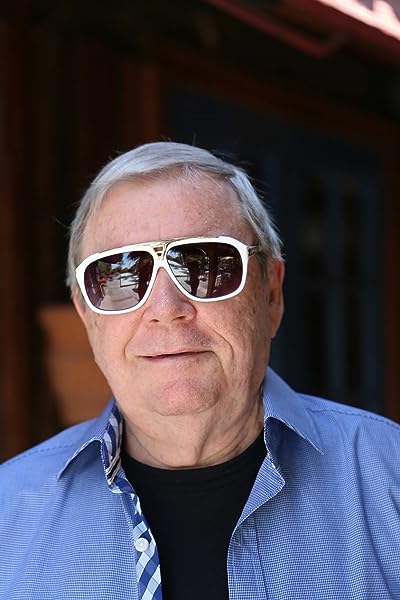 "Zenith's Spy is a classic epic fantasy with lots of action and adventure." -- Paul Genesse, Author of the Iron Dragon Series.

Born in Atlanta Georgia, Mr. Cox lived there until hejoined the United States Air Force and served in Texas, France and Germany.Writing is his fourth career. He started in large mainframe computers, and thenmoved on to become a real estate broker. He returned to college to obtain anursing degree and practiced as a Registered Nurse and also began writing hisfirst novel, which he stated became his mostrewarding work. He lives inPhoenix, Arizona with a large Great Dane that thinks he's a lap dog!
Read more

4.1 out of 5 stars
4.1 out of 5
6 global ratings
How are ratings calculated?
To calculate the overall star rating and percentage breakdown by star, we don’t use a simple average. Instead, our system considers things like how recent a review is and if the reviewer bought the item on Amazon. It also analyzes reviews to verify trustworthiness.
Top reviews

Veritas Vincit
4.0 out of 5 stars A Great New Voice in Fantasy and a Wonderful Story
Reviewed in the United States on July 19, 2014
Verified Purchase
Fantasy has been my bread and butter for many years, decades even, and as I am always looking for new material to devour, I love seeing a fresh series hit the market. I was intrigued by the simple premise, and the element of espionage was something of a unique twist on a classic fantasy style. Although I knew nothing about the author, once I began reading, I knew that I had made the right choice. Starting off with a battle scene is always key, and while I think Cox needs a bit of work in his narration of violence and battle (making it longer and more descriptive, mainly), I think that he has a true talent for crafting a compelling plot line and expressing it quickly to the reader. There was never much confusion in terms of what was going on or where the story was heading.

Zack was a very well-written character, and I enjoyed how his internal monologue was never contrived or "scripted". Cox has a way of writing naturally that many authors lack, particularly when writing in a challenging genre like fantasy. Painting pictures of scenes is also one of his specialties, and the book is rife with beautiful passages, even short ones that convey an image or a landscape perfectly. As Zack's back story is revealed gradually, he becomes a real person, someone who readers can invest in and truly root for as they make their way through the story. I am excited for the second and third books in the series, as I think Cox really hit his stride near the mid-way mark of this book and I look forward to seeing where he goes next.
Read more
One person found this helpful
Helpful
Comment Report abuse

John J. Staughton
3.0 out of 5 stars An Epic, Slightly Tangled Adventure for Fantasy Lovers
Reviewed in the United States on July 24, 2014
Verified Purchase
From the opening pages of The Zenith's Spy, I was instantly excited to read the novel, as it doesn't take much to tell that an author has the skill to paint a rather stunning picture of a fantasy world. I was slightly overwhelmed by the amount of characters and plots that seemed to be developing rather quickly, and while I know that the beginning of a book/series is always packed with information, it felt like Cox was occasionally tripping over his own words to get more information into the reader. That sounds like a strange way to describe it, but there were certain moments that didn't feel particularly organic or fluid, as the beginning of a narrative should. However, I love the type of fantasy this is, and as some other reviewers have noted, it is very reminiscent of GoT and the writing of George R.R. Martin, particularly in the descriptive way that he clearly enjoys writing. At times, he seems to get a bit too heavy with words in exchange for plot, but then at other times leaps over important plot developments, causing the reader to stumble or re-read certain sections.

I feel that Zack was the best part of the story, and Cox wrote him particularly well. He undergoes some brutal moments, even in the first few chapters, and as a reader, I immediately felt connected to him and seemed to understand his lack of trust for....basically anyone. It usually takes a while for an author to develop a protagonist enough to have a reader genuinely invest, but this didn't take much time at all. The side characters were not fleshed out as quickly as Zack, but they developed slowly as the plot progressed. Unfortunately, Cox may have added too many characters, because people you thought were going to stick around and be major players often reappeared infrequently or played only small parts. I suppose in any epic series, there will be some characters going in and out, and perhaps I will have to wait until book 2 to see what the grand plan for this series truly is. At the moment, certain moments in the writing are spectacular, but I'm not completely sold on the arc that this story is taking; it started strong but seemed to grow more misguided as the book progressed. I'll definitely read the next one, for the quality of the prose alone; I just hope he tightens up some of his writing. All in all, well done.
Read more
Helpful
Comment Report abuse

LESLIE OBRIEN
VINE VOICE
4.0 out of 5 stars Truly epic novel
Reviewed in the United States on July 22, 2014
Verified Purchase
I was impressed with the novel’s overall presentation. It begins with a battle, as the story unfolds and we meet Zack Stand.
What I liked about it. I thought the author did a great job with the creation of the world and the different realms. The shifts in language/terms (the glossary at the end will help) made it interesting. I enjoyed reading the transformation of the main character (Zack) from jaded and mistrustful of most humans to someone who not only embraces them, but grows close in a way that only true brothers can do. And the subsequent characters that we meet throughout his journey were intriguing, brave, loyal and some were downright evil.

What I didn’t like about it. I did have some issues with the story. The story was definitely in need of a final line edit. Character name changed from Zack to Jack in the very beginning that took a second read to realize that it was a typo. There were a few other bloopers that were distracting enough to require re-reading a couple times to figure out what was being said. And I have to say that I was a bit disappointed with the ending. I do realize that this is a series, but given how well this novel started, in comparison, the ending was a bit of a fizzle and in reading the blurbs on the subsequent novels, I was bummed that I wouldn’t see some of the same characters (do hope that they show up). For those of you who are used to new characters, this won’t be an issue, but I grew to like the ones in this particular novel and would have liked to read more with them included.

Lovers of epic science fiction and fantasy will really enjoy this story and I found it to be a great vacation read.
Read more
Helpful
Comment Report abuse

Marie
5.0 out of 5 stars The Zenith Spy is a vividly described epic fantasy adventure.
Reviewed in the United States on July 28, 2014
Verified Purchase
Zack Stand, the Zenith Spy, is a timeless leader, master of hand-to-hand combat, the use of custom weaponry, and the command of his gallant horse, Spellbinder. Zack returns to the Zenith’s Lord service after he has endured disfiguring torture and the loss of his wife and beautiful young daughter, killed by the evil forces commanded by Wathdure. The Zenith Lord beckons Zack to sail to a sub-continent to find out about a dark powerful stone being mercilessly sought after by Wathdure. The reader hopes Zack will be able to escape the kingdom of Ozlid, and return to the 7 realms, to inform the Zenith Lord of this brewing ancient evil.
Read more
Helpful
Comment Report abuse

john cox
5.0 out of 5 stars Five Stars
Reviewed in the United States on August 3, 2014
Verified Purchase
What a great book from Dameon Cox. Excellent fantasy/adventure. Really looking forward to the rest of this series!
Read more
Helpful
Comment Report abuse
See all reviews