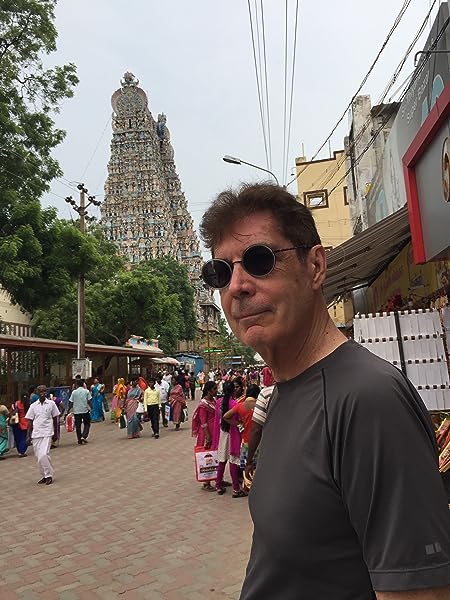 "Moore does a great job in Zero Hour of depicting two places I hope to never be - a seedy lakeside brothel, which doubles as a murder scene and the inside of a real life Cambodian prison, where life is not just cheap, to some it's worthless. Moore seeks out societies at crossroads and he finds one in Cambodia, but in the process he tells the reader a ripper of a yarn with the added bonus of making us realize how unlucky some people are or conversely how lucky we are."
--Kevin Cummings, Thailand Footprint: People, Things, Literature

"Zero Hour in Phnom Penh is political, courageous and perhaps [Moore's] most important work. Moore is a brilliant storyteller and a masterful character inventor."
--CrimiCouch.de
"The story is fast-paced and entertaining. Even outside of his Bangkok comfort zone, Moore shows he is one of the best chroniclers of the expat diaspora."
--The Daily Yomiuri

"A thriller in which the importance of the single crime shrinks visibly at the sight of mass murder and grand corruption."
--Thomas Klingenmaier, Stuttgarter Zeitung

"Moore writes to entertain, and that he does."
--Bangkok Post

"It was ten years ago in Cambodia, but this great novel sits well after Kandahar, Luanda, Kabul, Baghdad and other places where the brutality of war destroys the souls of humanity."
--KulturNews, Hamburg

"A layered novel which transports the reader to the time when this beautifully complex country [Cambodia] is attempting to put the pieces of their broken past back together, while the pieces continue on a perpetual crumble.... A highly entertaining read that will stay in the forefront of your mind long after the book is closed, finished and has found its place back on the bookshelf."
--Will Bowie's list of the 21 Greatest Books to inspire travel

In the early 1990s, at the end of the devastating civil war UN peacekeeping forces try to keep the lid on the violence. Gunfire can still be heard nightly in Phnom Penh, where Vietnamese prostitutes try to hook UN peacekeepers from the balcony of the Lido Bar.

Calvino traces leads on a missing farang from Bangkok to war-torn Cambodia, through the Russian market, hospitals, nightclubs, news briefings, and UNTAC Headquarters. Calvino's buddy, Colonel Pratt, knows something that Calvino does not: the missing man is connected with the jewels stolen from the Saudi royal family. Calvino quickly finds out that he is not the only one looking for the missing farang.

Christopher G. Moore is a Canadian author of 22 novels, a non-fiction, one collection of interlocked short stories, and one book on Thai language. Oxford-educated, Moore was a law professor at the University of British Columbia for 10 years. His first book His Lordship's Arsenal was published in New York to a critical acclaim in 1985, when he decided to become a full-time writer.

Moore moved to Thailand in 1988 and from Bangkok continued to write literary and commercial fiction. He has attained somewhat of a cult status among his readers in Asia and Europe and has an increasingly strong following in North America. Moore is probably best known by his cult classics, Land of Smiles Trilogy, his behind-the-smiles study of his adopted country, Thailand, and his highly popular Vincent Calvino Private Eye series.
Read more