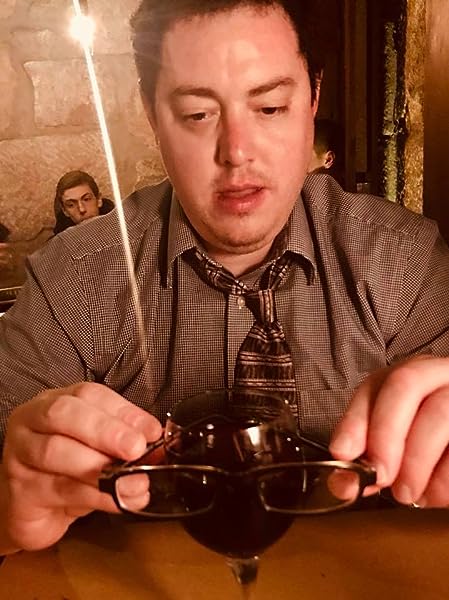 Dan MacRae (1980-) grew up in Dearborn Heights, MI, In 2004, he published his first short story, A Spring Sonata, for a Columbia College Chicago travel, literary journal. A year earlier he met Jeff Phillips and they embarked on a video/theatre production company called, Three Leaves. In 2015, he published Zizobotchi Papers, Vol 1 with the novella Chainsaw Guy. The Dollmaker's Grin is his second long-form novella.
Jeff Phillips (1983-) is a washed up varsity cross country skier and storefront theatre method actor. For two years he was co-host of The Liquid Burning, an apocalypse themed reading series, and for just shy of three years, he co-hosted the Chicago reading series Pungent Parlour. His short fiction has appeared in Seeding Meat, This Zine Will Change Your Life, Metazen, Chicago Literati, and Literary Orphans. He is a regular contributor of short stories and essays at the site Drinkers With Writing Problems. You can find him on Twitter as @TheIglooOven or at TheOtherAuthorJeffPhillips.com

Start reading Zizobotchi Papers: volume 2, fall, 2017 on your Kindle in under a minute.