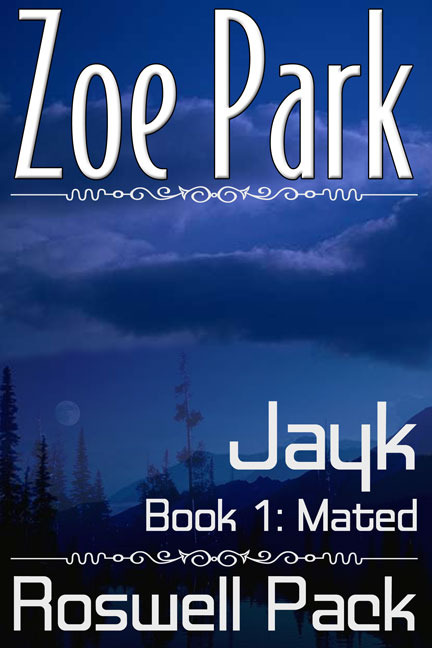 Zoe Park lives in South Dakota near the base of the Black Hills, where it passes for arctic tundra in the winter. Between her husband The Man, and the rest of her two- and four-footed brood, her life is normally pretty average. Her imagination, however, has never been anything resembling dull, which is why she became a writer. Well that, and she also slings non-fiction words for a living, so it was write or go the bad kind of nuts.

She’s looking forward to bringing more of the Roswell Pack books to life, along with many others. 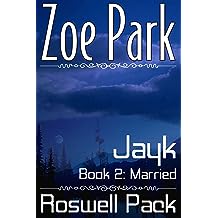 It’s 1974. Penn State grad student Katherine Fornier came to Yellowstone to study the supervolcano and ended up in the arms of handsome and mysterious Jackson Thomas. She’s not sure what the Thomas family is, but they aren’t normal humans. If their cobalt blue eyes weren’t a clue, the strange “feral” state they can shift into sure is.

She’s still not entirely sure she believes their story about the Roswell crash, or their extra-terrestrial origins, though.

One thing’s for certain—Jackson Thomas has claimed Katherine as his mate. While she doesn’t know what part two of the three-part process entails, he’s encouraged her to fight with her body while letting him into her mind.

Only problem is, she’s not so sure she wants to keep fighting him. Or his three sexy brothers.
Read more 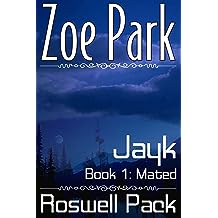 It’s 1974, and Katherine Fornier is a determined Penn State grad student who lands a fellowship working with a scientist in Yellowstone and studying the supervolcano. She’s determined to make history unraveling the workings of the geothermal systems and how they can be used for clean energy. The last thing she wants or needs is a man in her life. Not until she’s earned her doctorate and made a name for herself.

Jackson Thomas is the eldest of four sons. Something about that brother in particular, and his whole family in general, is…different. And not just their gorgeous cobalt blue eyes, either. But Katherine is originally from New York City. She figures the oddities are just cultural differences between her and the Montana family. Although Jackson is, admittedly, quite the hunky catch.

What Katherine doesn’t realize is that Jackson and his family are more than she understands. Their history originates farther away than she can possibly imagine.

And Jackson Thomas wants Katherine as his mate.
Read more