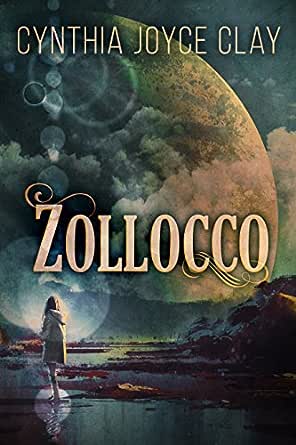 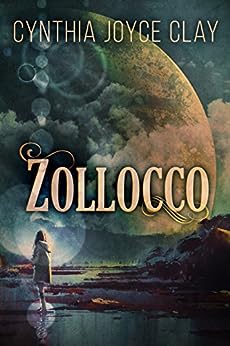 Cynthia Joyce Clay was judged to be a computer program on Shakespeare at the First Loebner Prize Competition of The Turing Test. The Competition was filmed as part of a PBS Scientific Frontiers episode and aired internationally. Clay was a member of The American Repertory Company. She was invited to Russia to deliver her paper, "The Application of Vector Theory to Literature and Drama" at the international conference "Languages of Science, Languages of Art." She holds a BA in theater from Brandeis University and an MFA from the University of Georgia and attended the National Theater Institute at the O'Neil Center. She is to be included in the 60th Who's Who in America. --This text refers to the paperback edition.

It is probably fair to say that when this novel was first submitted to Bookbooters, we were unsure quite how to categorize it. Part science fiction, part adventure, part comedy and part fantasy, it is not easily classifiable, and therein lies its appeal. Zollocco is a magical tale of an alternative universe in which forests have achieved absolute sentience and, to some degree, a moral superiority over mankind. While it is likely to have the reader laughing out loud in parts, Zollocco is also a poignant allegory on the abuse being inflicted upon Earth, and the possible fate that may yet befall humanity.

One of the most memorable aspects of this story is a narrative in which the author alternates between the perspectives of the human protagonist and the forest consciousness. This makes for a highly amusing, often enlightening, but always intriguing flow to the story and is perhaps most effective in the scenes when the human/forest relationship begins to evolve. The author's vast knowledge of Shakespeare and the classics is clearly demonstrated in Zollocco's sharp, witty and skilfully crafted dialogue which elevates the story to a class above the average work of contemporary fiction.

Interspersed with documentary perspectives, which provide a poignant background to the worsening conditions on Earth that caused our protagonist to leave her planet, Zollocco works on every level and is one of those rare, enchanting novels that offers something new each time it is read and, for this reason, is likely to have massive cross-genre appeal. This is a story that has everything. In Raiboothnar, a credible and well portrayed villain. In our protagonist, a suitably bewildered yet tough heroine. And in Zollocco, a lifeform so real and so appropriately cynical that you will probably never look at a forest in the same way again. --This text refers to an out of print or unavailable edition of this title.