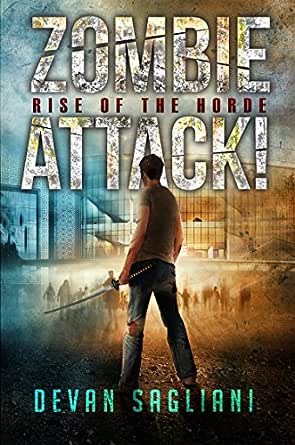 You've subscribed to Zombie Attack!! We will preorder your items within 24 hours of when they become available. When new books are released, we'll charge your default payment method for the lowest price available during the pre-order period.
Update your device or payment method, cancel individual pre-orders or your subscription at
Your Memberships & Subscriptions
There was an error. We were unable to process your subscription due to an error. Please refresh and try again. 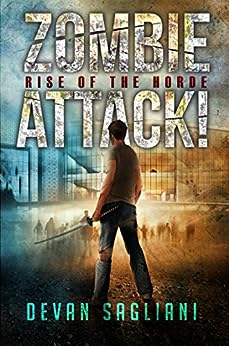 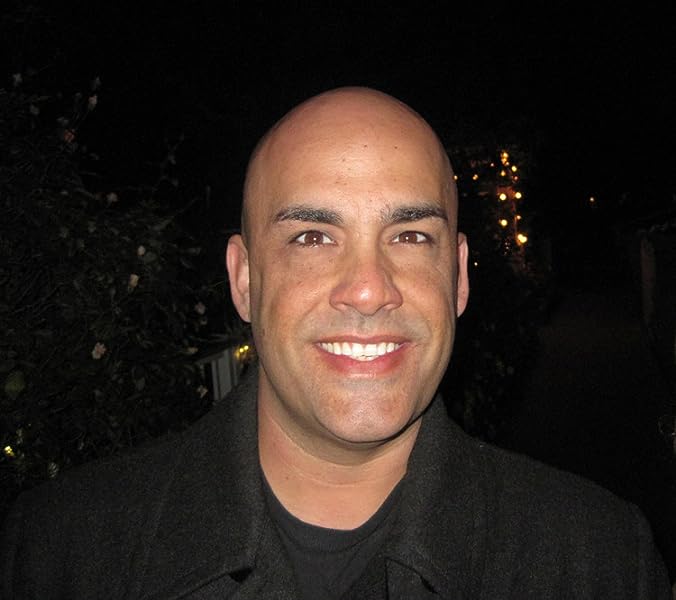 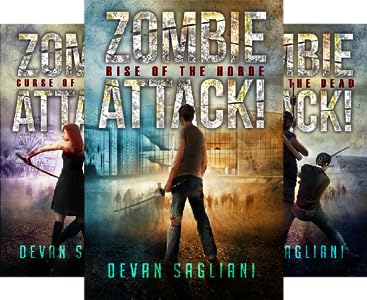 "I highly recommend to readers looking for thrill ride of a story. This book is a must read for fans of the Rot and Ruin series and The Walking Dead!" YA Books Central

"One of the best YA zombie books I've ever read." Feed the Zombie Children

"Five of five stars...a must have for all zombie addicts searching for something fresh and new." Zombie Guide Magazine

"An excellent composition of prose, action, dialogue and foreshadowing is Rise of The Horde that is indicative of a well-seasoned story teller. Devan Sagliani's endeavor is tremendous in luring readers into anticipating more and more." Horror News

"Devan Sagliani breathes new life into a tired over indulgent genre. Many avid readers will have difficulty putting it down." Hellnotes

"I could not put it down! I highly recommend this book to anyone who enjoys badass characters and bold story lines, you won't be disappointed!" Bookish

"Sagliani manages to pull out another winner." The Bookie Monster

"Sagliani turns violence into poetry."  Bricks of the Dead

"The story moves very fast...readers won't find any time to be bored. Fans of Jonathan Maberry's "Rot and Ruin" series will like this one as well." Living Dead Media

"Whoa! This book is a super exciting fast paced trip! I enjoyed it greatly." Contagious Reads

"I would highly recommend to readers looking for an enormously thrilling story with a degree of depth to it." Books4Tomorrow

"I highly recommend Rise of the Horde to all fans of zombie fiction, especially those who plan to survive the zombie apocalypse!"  Toni, My Book Addiction

"Full five out of five stars...This book is basically everything you could ask for in a YA zombie-apocalyptic!" Starry-eyed Heart Book Blog

Devan Sagliani was born and raised in Southern California and graduated from UCLA. He is the author of the Zombie Attack series, The Rising Dead, A Thirst For Fire, and the Undead L.A. series. Devan also wrote the original screenplay for the movie HVZ: Humans Versus Zombies. He writes a bimonthly horror column for Escapist Magazine called Dark Dreams. In 2014 he cofounded the At Hell's Gates horror anthology series with Shana Festa, which donates all proceeds to The Intrepid Fallen Heroes Fund to help wounded soldiers and their families. Devan is an active member of the Horror Writer's Association. His fiction has been nominated for the Pushcart Prize and the Million Writers Award. In 2012 his debut novel Zombie Attack! Rise of the Horde won Best Zombie/Horror E-book on Goodreads. He currently lives in Venice Beach, California with his wife and dog. You can visit him online at http://devansagliani.com. Connect with Devan on social media: http://www.twitter.com/devansagliani www.facebook.com/ZombieAttackRiseOfTheHorde Read his columns on The Escapist: www.escapistmagazine.com/articles/view/comicsandcosplay/columns/darkdreams Sign up to receive the latest news about the Zombie Attack series and other projects by Devan at www.devansagliani.com. To learn more about AT HELL'S GATES, visit www.athellsgates.com. Also by Devan Sagliani Zombie Attack: Rise of the Horde (book 1) Zombie Attack: Curse of the Living (book 2) The Rising Dead A Thirst For Fire Undead L.A. 1 At Hell's Gates: Existing Worlds At Hell's Gates: Origins of Evil --This text refers to an alternate kindle_edition edition.