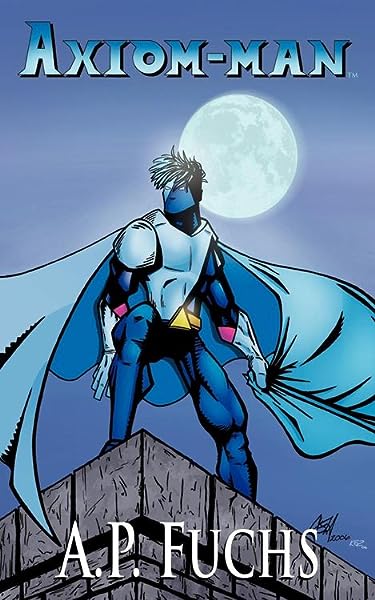 Start reading Zombie Fight Night: Battles of the Dead on your Kindle in under a minute.

3.8 out of 5 stars
3.8 out of 5
16 global ratings
How are ratings calculated?
To calculate the overall star rating and percentage breakdown by star, we don’t use a simple average. Instead, our system considers things like how recent a review is and if the reviewer bought the item on Amazon. It also analyzes reviews to verify trustworthiness.
Top reviews

Bowie V. Ibarra
5.0 out of 5 stars Deadliest Warrior has nothing on Zombie Fight Night...
Reviewed in the United States on September 29, 2011
Verified Purchase
"Deadliest Warrior" is one of the hottest TV shows on Spike TV in the US. In it, fantasy match ups go down featuring armies, legendary fighters, warrior tribes, and heroes of the fight world. With scientific testing, they figure out who would win in a fight using a computerized algorithm with the information they attain.

AP Fuchs takes that concept and rocks it, even before the program was born, and brings a zombie slant to the concept. Zombie Fight Night features a slew of fantasy match ups of fighting warriors taking on zombies. But it goes deeper than that.

The story itself revolves around a dude named Mick who got in over his head at this zombie money-fight arena. Mick gets in debt so bad that he is forced by the manical Russian owner of the fight club to bet on the fights not just for his money, but for his own life.

It's then that the fights become the centerpiece of the story. Ninjas, superheros, werewolves, robots, Bruce Lee, sumo... pretty much any legendary fighter worth his weight in blood is booked to fight the zombies that range from shamblers to runners.

It's with that background that Fuch's takes great glee in putting the matchups together. Providing just enough background on the people fighting the zombies to care whether they win or lose, the story jumps from Mick's decision to who he wants to bet on to the fights. Blood, skulls, and zombies get crushed in specatular fashion, leading up to a wild swerve finish I didn't see coming.

I bought it a while back when it was on sale for a buck. It was worth every penny. At $2.99 on Kindle, if you like "Deadliest Warrior" and zombie gore, then this is the book for you.

Bowie Ibarra
Author of the "Down the Road" zombie horror series

Jeffery A. Davis
5.0 out of 5 stars Bruce Lee and Axiom-man in the pages together?
Reviewed in the United States on September 21, 2013
Verified Purchase
I've read a few zombie novels over the past year. Ranging from an outbreak on the ill-fated TITANIC to an anthology of superheroes fighting the undead, they've all been entertaining. So, I went into A.P. Fuchs's Zombie Fight Night with excitement.

The war with the zombies is over. Though the casualties were high, the humans finally won. Now, an enterprising (and quite ruthless) man named Tony Sterpanko, has stepped in and created "Zombie Fight Night," where warriors battle zombies. Fortunes are won and lost over these battles.

Fuchs is a master storyteller, for sure. He did exactly what he set out to do. He gave us a number of gladiatorial-style battles vs. zombies. There was a story in there to hold them together but I read the book for the fights. From a Viking to a samurai, Bruce Lee to Fuchs's own AXIOM-MAN, we were treated to a list of battles that were superbly written.

On a side note regarding the plot, I felt that the ending was bittersweet. One character did get what was coming to said character.

The violence, detailed blow for blow, is probably the one thing that keeps this from being for the kids. Sexuality doesn't really show up and only one swear word that I can remember shows up on the last page of the main story.

Gerald Dean Rice
3.0 out of 5 stars Two Monsters Enter, One Monster Leaves... Sometimes
Reviewed in the United States on March 11, 2013
Verified Purchase
I enjoyed this book. More than anything, I enjoyed the concept of it. In fact, I wish I'd come up with it first. That being said, it's well-written and helped me fill in the nothing-else-to-do moments. It was good, not great.
I loved Fuchs description. I bought into Mick's motivation and found myself rooting for him when he placed his bets. I found myself hooked on the fights themselves, believing who would win and being surprised when I was wrong and right.
The biggest problem with this book was the main bad guy's motivation. I don't get why Sterpanko does what he does, or rather, why he allows to happen what happens. Some things that happen in the fight scenes are a little clumsy, like a zombie being able to catch up to a werewolf, but that never elevated to the point of pulling me out the story.
I'll definitely give more of AP Fuchs' stuff a try.
Gerald Rice, author of 30 Minute Plan
Read more
One person found this helpful
Helpful
Comment Report abuse

Rogzombie
5.0 out of 5 stars Dream match ups all in one book!
Reviewed in the United States on June 18, 2010
Verified Purchase
The description tells you everything. I don't need to repeat that. Now how did it play out? Very damn well thank you! The noirish side story of the losers last chance at winning plays very well around the exciting zombie fights. Almost every creature you can think of takes on zombies. The matches are great, it may look like zombies don't stand a chance but they do surprise you. Hey the Undertaker and Mankind can't top this. A really unique and well written take on the zombie genre. Gotta love A.P. for coming up with something totally unique in a genre that's been written to death. One of my fav zombie books I've read so far. Pick it up, it is a blast, you won't be able to wait and see what the next match is!
Read more
2 people found this helpful
Helpful
Comment Report abuse

S. Blodgett
5.0 out of 5 stars a non-stop thrill ride
Reviewed in the United States on May 2, 2011
Verified Purchase
Sorry to use such a cliche title but it fits this book perfectly.

I can't recommend this book strongly enough to fans of action films, ufc/martial arts or even those who enjoy video games like Mortal Kombat. Its a total bloodbath featuring match-ups from all our geekiest fantasies, wrapped around a plot involving a gambler who didn't know when to quit. Where else are you going to see robots, vikings or a sasquatch vs zombies? There's even a (frankly depressing) cameo from Fuch's Axiom-Man character. This novel is pure, unabashed fun for the (mature, this book is extremely gory) kid at heart. I read it straight through in one sitting with a big grin on my face. I can tell that Mr. Fuchs had a blast writing this, it shows.

As of this writing the kindle edition is only 99 cents, its an absolute steal for some of the most fun I've had in quite some time. I even found myself playing along and mentally gambling on the fights before they started, weighing the pros and cons of each fighter. No book has ever really engaged me like that.
Id love to see a sequel one day.
Read more
2 people found this helpful
Helpful
Comment Report abuse
See all reviews