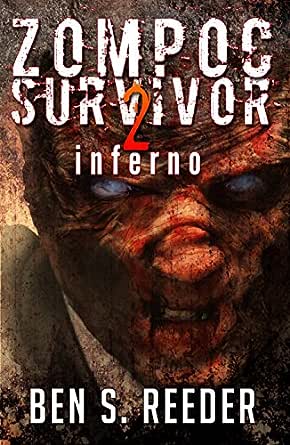 You've subscribed to Zompoc Survivor! We will preorder your items within 24 hours of when they become available. When new books are released, we'll charge your default payment method for the lowest price available during the pre-order period.
Update your device or payment method, cancel individual pre-orders or your subscription at
Your Memberships & Subscriptions
There was an error. We were unable to process your subscription due to an error. Please refresh and try again. 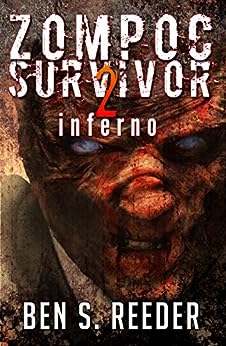 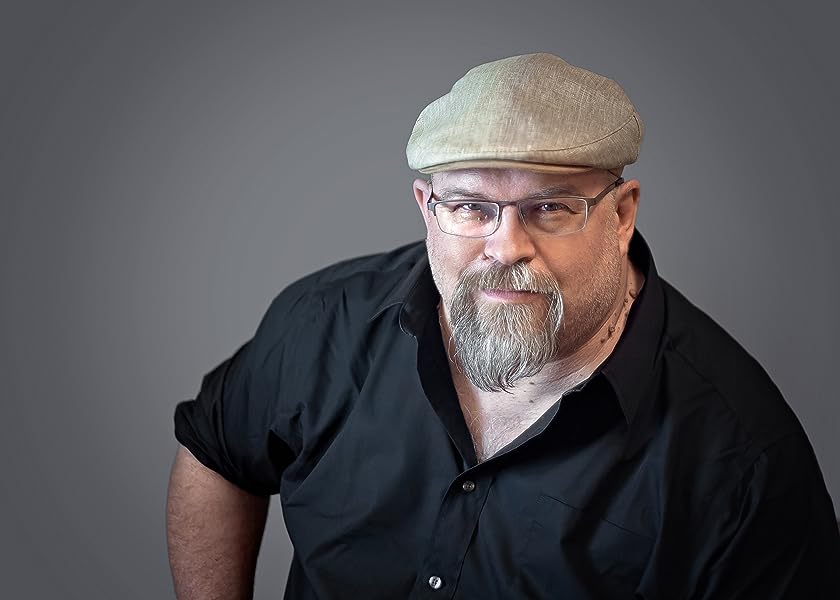 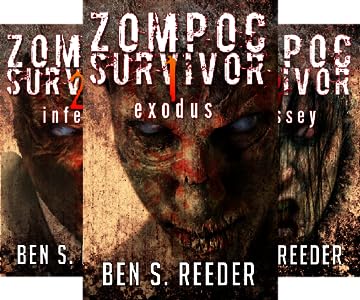 "If the zombie genre needs a voice to listen for, I suggest putting Ben's name near the top of the list."
Chris Philbrook, author of Adrian's Undead Diary

Born in Hawaii and raised in Texas, Ben Reeder has been writing since high school. After he got out of the Air Force, he moved to Missouri and has lived there for more than twenty years, perfecting a set of skills that are better suited to almost any other time but now. A history buff and an avid fan of science fiction and urban fantasy, he also reads the occasional steampunk novel when he thinks no one is looking. --This text refers to the paperback edition.
Read more

4.8 out of 5 stars
4.8 out of 5
77 global ratings
How are ratings calculated?
To calculate the overall star rating and percentage breakdown by star, we don’t use a simple average. Instead, our system considers things like how recent a review is and if the reviewer bought the item on Amazon. It also analyzes reviews to verify trustworthiness.
Top reviews

claudette valliere
5.0 out of 5 stars Another great read by Reeder.
Reviewed in the United States on March 13, 2015
Verified Purchase
Pretty damned good. Spoiler alert for those who believe in spoilers.

Well Dave, Amy and the Marines Hernandez and Lt. Kaplan survive the crash. Kaplan is also the helo pilot who got them down in sorta one piece with some great flying. Now they have to find a way to go West. Maya and the others in the damaged C-130 also make a getaway.

Dave and Amy are picked up by the men of the Prophet when they make a supply run. They are taken to his stronghold. A place he calls Eden.

The Prophet decides Dave is the man he's been waiting for. The man who can help him pursue his dreams of an Eden.

He's looking at fourteen year old Amy as his next wife. One of many. After all the world will need to be repopulated and all of his men will have many wives to make that happen. Dave wants to kill this son of a bitch but knows he's got to wait and make the right move at the right time.

So begins another great read by Reeder.

This one has Dave, Amy, the Prophet, his men, the workers, a Necromancer, the Walkers who are the Necromancers troops that he commands, the Necromancer who want to kill Dave but only at the right time, death, destruction, the men from Mono, Maya making her way towards Wyoming and Nate, an old friend of Dave's named Willie, his people and their stronghold, a plan by these folks to leave, hellfire missiles, a train, a Dave who's more than he appears to be, an Amy who's also more than she appears to be, a plan by Dave and one helluva a kick ass read.

Kindle Customer
5.0 out of 5 stars Great second book.
Reviewed in the United States on March 10, 2015
Verified Purchase
This series is awesome. I thought .99 for a new zombie book was worth it. Then I finished the first in this series and was already jonesing for the next one. After completing this book I am ready for another. I would love to get hard copies of these to add to my collection Mr. Reeder if you happen to look at reviews. Also it would be awesome if you had a section on your web page that gave expected book releases and formats available for purchase. Being in the Army I can say a lot of what is in these books are authentic enough. There is some old info but Ben Reeder did his homework and it shows in the quality of the books I have read. Thanks for another great story.
Read more
Helpful
Comment Report abuse

Michael Tuccillo
5.0 out of 5 stars Now that's even better!
Reviewed in the United States on February 16, 2015
Verified Purchase
This second book is better than the first! Story telling is awesome and the characters think, and do beyond the normal zombie story. They aren't just supporting characters, but better yet, people with brains and thought. Great job! And there's some original thought in a very crowded field of zombie apocalyptic themes. There's something more sinister going on as well as good, coming from certain people. This adds a new dementia to the story which moves it from just a good story, to a great story. Can't wait for the next!!
Read more
One person found this helpful
Helpful
Comment Report abuse

Angela Gulick
5.0 out of 5 stars If you love non-stop clip/magazine swapping action you will LOVE Inferno
Reviewed in the United States on October 4, 2014
Verified Purchase
This is a high octane, roller coaster of a read! If you love non-stop clip/magazine swapping action you will LOVE Inferno! I really enjoy Ben's take on the zombies, how they came to be and what they are all about and capable continues to evolve and you learn about it as the characters do. It's a different approach to it and obviously more details are to come. I am very curious to learn how that ultimately plays out. I'm rooting for them to make it to Wyoming and enjoy watching them make friends and enemies along the way. If you are a fan of the zombie genre, this book is a must read!
Read more
One person found this helpful
Helpful
Comment Report abuse

Alan M. Kumashiro
5.0 out of 5 stars Lights, Blood, Action
Reviewed in the United States on January 9, 2015
Verified Purchase
Hands down one of my favorite zombie authors from a military and shooter's stand point. The action is crisp and spine tingling with heart felt moments of humanity. The writing is economical, not a lot of foo-foo doubting of my manhood, religion, liberalism philsophy. The characters do what must be done to survive without a lot faux debate. Liberals will hate me for this review so what. I'm a gun-toting Neanderthal who loves good action stories.
Read more
Helpful
Comment Report abuse

M. Philo
5.0 out of 5 stars hook, line caught
Reviewed in the United States on August 15, 2015
Verified Purchase
The first hooked me to this series, now Ben Reeder has me entangled into his grip. I read though this book and left me wanting more. The characters are well defined and engaging. The story is well thought out and thought-provoking.
Don't let this gem of a series pass you by.

Kindle Customer
5.0 out of 5 stars Great Second Book
Reviewed in the United States on September 26, 2014
Verified Purchase
I have enjoyed reading this book. It was just as good as your first. Please continue writing this series. I just have one thing to add, please try to give a little bit more information on the why this happened. At this point I'm still a bit confused about the reasoning about the background. Can't wait for book three.
Read more
One person found this helpful
Helpful
Comment Report abuse

Betty
4.0 out of 5 stars Nicely done
Reviewed in the United States on March 24, 2018
Verified Purchase
Book 2 of this series was as fun to read as the first. I have definitely fallen for these characters and crave more of this emotional and engrossing thriller.
Read more
Helpful
Comment Report abuse
See all reviews

Johanna Chessell
5.0 out of 5 stars Will not disappoint!
Reviewed in the United Kingdom on November 25, 2014
Verified Purchase
As fast paced as the first, with some lovely contemporary references, which raise a smile. And, as with the first book, leave you panting for the next one!
Read more
Report abuse

G
5.0 out of 5 stars excellent
Reviewed in the United Kingdom on October 4, 2014
Verified Purchase
easy reading,likeable characters and a few little twists and turns to keep you hooked.
Just need the the third book to read!
Read more
Report abuse

Ken
5.0 out of 5 stars Great stuff
Reviewed in the United Kingdom on September 24, 2014
Verified Purchase
Really good sequel with the story cracking along. Looking forward to the next instalment which hopefully won't be too long.
Read more
Report abuse

Kindle Customer
4.0 out of 5 stars well worth a read
Reviewed in the United Kingdom on December 29, 2014
Verified Purchase
Good read waiting for the next instalment .
Read more
Report abuse

stuart cherry
4.0 out of 5 stars Simply survivor inferno
Reviewed in the United Kingdom on November 15, 2014
Verified Purchase
Excellent read. Love the ongoing development of the characters especially Amy. Can't wait for part 3 to see where we go from here!
Read more
Report abuse
See all reviews