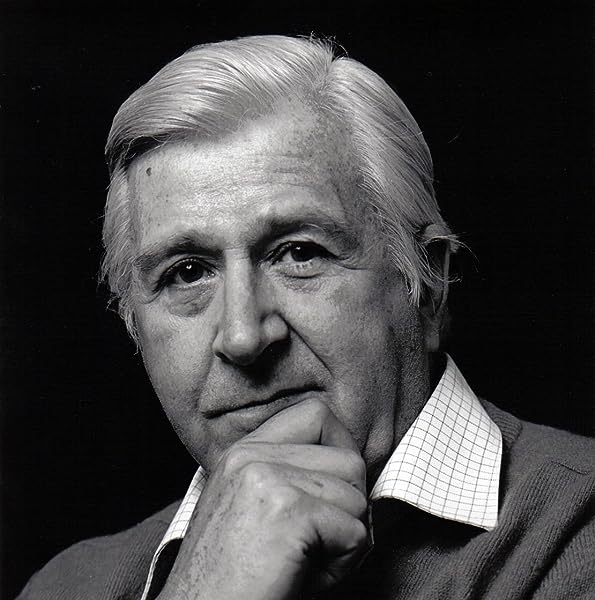 A British intelligence agent is assigned the surveillance of a boyhood friend. Gradually he realizes that he's a pawn in a Cold War game, which threatens the meaning of his life and career, as well as his survival. Gordon Griffin doesn't undertake a highly personal interpretation of the story, but projects it with effortless clarity. His reading is well crafted and free of distracting idiosyncrasies. His vocal changes from character to character are subtle but perfectly controlled, clear and consistent. At the end, the listener is left pondering the events of the story rather than the performance, a special kind of success for the reader. J.N. (c)AudioFile, Portland, Maine --This text refers to the cassette edition.
Tell the Publisher!
I'd like to read this book on Kindle

3.5 out of 5 stars
3.5 out of 5
14 customer ratings
How does Amazon calculate star ratings?
Amazon calculates a product’s star ratings based on a machine learned model instead of a raw data average. The model takes into account factors including the age of a rating, whether the ratings are from verified purchasers, and factors that establish reviewer trustworthiness.
Top Reviews

Ken
1.0 out of 5 stars Not believable.
Reviewed in the United States on January 2, 2017
A taunt psychological thriller, give me a break! The biggest problem with this story and also with his, 'Consequence of Fear' was that if you didn't believe the basic premise, then you wouldn't believe the rest of the story. This story in particular relied upon the theme of paranoia and even conspiracy theory which this reader couldn't bring himself to support. He enjoyed the personal relationship that the agent (David Marsh) had with the MP (Member of Parliament) Charlie Kelly, but he didn't really believe in the Alpha List and that was what the story was all about. After all, that's what the book was called.

The story itself was pretty simple with Charlie Kelly being accused of peddling industrial secrets to the Russians (KGB) and a personal friend who worked for the SIS (Secret Itell. Service) had been sent to investigate. But, it was written along time ago and with the changes in Europe, especially since 1989, it's not a believable anymore, if it ever was. The wall that separated Germany has long gone and the Soviet Union has fallen and has become Russia with only its' satellite states remaining. Communism has retreated and central Europe has emerged as a variety of predominately democratic countries with Eastern Europe confined to the likes of Bulgaria, the Ukraine, Romania, Belarus and some satellite states east of Turkey. One Star.

Ted Allbeury wrote a staggering 42 novels and used two other pen names ~ Richard Butler and Patrick Kelly as well. Here are 26 other read’s from Allbeury, all rated accordingly:

THE GOOD (Four to Five Stars): 'A Wilderness of Mirrors', 'A Time Without Shadows' aka 'The Rules of the Game', 'The Only Good German' aka ‘Mission Berlin’, 'The Dangerous Edge', ‘Palomino Blonde’ aka 'Omega- minus','The Lonely Margins', ’The Crossing' aka ‘The Berlin Exchange’, 'Seeds of Treason', 'Other Kinds of Treason', 'Special Forces' aka 'Moscow Quadrille', the feel good, 'The Girl From Addis', 'Pay Any Price' and the rather exceptional, and this person's favourite, 'The Line-Crosser' (published in 1993).

THE AVERAGE (Two or Three Stars): Some other novels that this person thought were either average or only okay were: 'A Shadow of a Doubt', 'Show Me a Hero', ‘The Reckoning’, ’The Twentieth Day of January’ a.k.a. ‘Cold Tactics’, 'The Reaper' aka 'The Stalking Angel', 'Shadow of Doubt' and ‘Deep Purple’.

THE UGLY (One or two stars): It’s, however, probably best to stay away from: ‘Aid and Comfort’, ‘The Assets' aka “Due Process’, 'The Secret Whispers’, ’Consequences of Fear' aka ‘Smokescreen’ and ’The Spirit of Liberty' aka ‘Beyond the Silence’. He also wrote, ’The Choice' which is not espionage and this reader thought (even though it was critically acclaimed) not a good one.

jan erik storebø
4.0 out of 5 stars his masterpiece
Reviewed in the United States on April 23, 2003
surprisngly well from a mediocre writer. very john le carre-like. lots of glimpses from childhood. dilemmas. investigation of a former friend. and the game called espionage and information. well carried out.
Read more
Helpful
Comment Report abuse
See all reviews from the United States

D. T. Staples
5.0 out of 5 stars Except spy novel
Reviewed in the United Kingdom on January 25, 2018
Verified Purchase
A good spy novel with one flaw. Why did the authorities assign Marsh, a lifelong friend of Kelly to oversee, interrogate and monitor him? This would surely not happen in real life. The book depends on you ignoring that fact.
Read more
Helpful
Sending feedback...
Thank you for your feedback.
Sorry, we failed to record your vote. Please try again
Report abuse

Its the first book I've read by the author and I'll be trying some of his others.
Read more
One person found this helpful
Helpful
Sending feedback...
Thank you for your feedback.
Sorry, we failed to record your vote. Please try again
Report abuse

Les
4.0 out of 5 stars A good easy read
Reviewed in the United Kingdom on September 11, 2019
Verified Purchase
A very good book with mention of places in Erdington, Birmingham to which I could relate. A story line that keeps you flicking.
Read more
Helpful
Sending feedback...
Thank you for your feedback.
Sorry, we failed to record your vote. Please try again
Report abuse

Kindle Customer
5.0 out of 5 stars A jolly good read if you like war time thrillers
Reviewed in the United Kingdom on March 11, 2017
Verified Purchase
Ted Allbeury is one of the best most atmospheric writers I have come across - I started reading The 20th of January and have been working my way through his catalogue
Read more
Helpful
Sending feedback...
Thank you for your feedback.
Sorry, we failed to record your vote. Please try again
Report abuse

Pip
2.0 out of 5 stars Dated
Reviewed in the United Kingdom on July 17, 2017
Verified Purchase
Time passes and spy thrillers date very quickly ..........a bit too 1960ish for 2017 - a charming period piece of that genre.
Read more
One person found this helpful
Helpful
Sending feedback...
Thank you for your feedback.
Sorry, we failed to record your vote. Please try again
Report abuse

BarryFrance
4.0 out of 5 stars Four Stars
Reviewed in the United Kingdom on April 1, 2017
Verified Purchase
Enjoyable but predictable
Read more
Helpful
Sending feedback...
Thank you for your feedback.
Sorry, we failed to record your vote. Please try again
Report abuse

MARTIN PARNELL
1.0 out of 5 stars One Star
Reviewed in the United Kingdom on January 26, 2017
Verified Purchase
this copy was described as good......iut wasn't although did arrive quickly...it was worth a penny but postage excessive.
Read more
Helpful
Sending feedback...
Thank you for your feedback.
Sorry, we failed to record your vote. Please try again
Report abuse

I have not had time to read the book yet but now I have retired, I should get more time and I'm sure it will be great.
Read more
Helpful
Sending feedback...
Thank you for your feedback.
Sorry, we failed to record your vote. Please try again
Report abuse