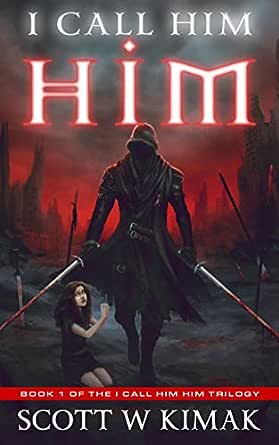 You've subscribed to I call him — HIM trilogy! We will preorder your items within 24 hours of when they become available. When new books are released, we'll charge your default payment method for the lowest price available during the pre-order period.
Update your device or payment method, cancel individual pre-orders or your subscription at
Your Memberships & Subscriptions
There was an error. We were unable to process your subscription due to an error. Please refresh and try again. 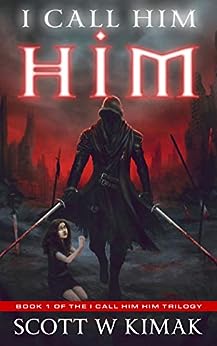 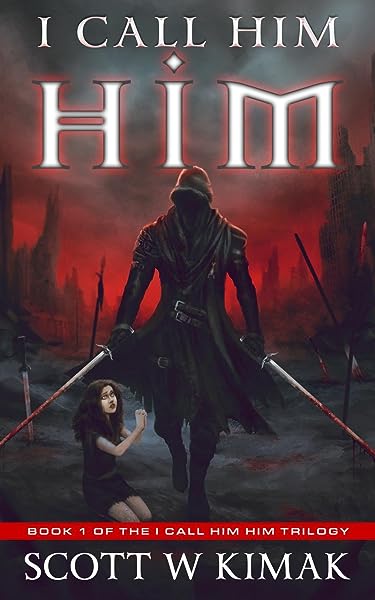 I call him HIM: A Post-Apocalyptic Survival Thriller (I call him — HIM trilogy Book 1) Kindle Edition 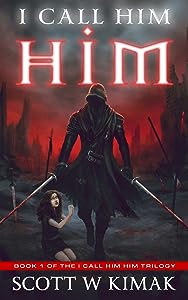 4 STARS - The world is collapsing. People are dying. No one is safe.

A warrior must protect his family at all costs. When that slips away, he is left with anger and pain. He sees no hope, no future, no nothing. To avenge his family he must do what he does best. He must slay those who seek to destroy HIM and humans. Year after year, death after death, he seeks his revenge. Then he meets her. The girl who will shake him to his core. The girl with so much faith. How can one girl break a mighty warrior? How can one small girl shatter his heart all over again?

Good Vs Evil, who will win in this epic battle for humanity and faith?

Book Banshee rated a book really liked it
5 months ago
I call him HIM by Scott W. Kimak
I call him HIM
by Scott W. Kimak (Goodreads Author)
Read
Read in February 2020
I didn't know what I was getting myself into when I volunteered to pre-read and review this debut author's work. I was working on overcoming a SIX MONTH reading slump and wasn't quite sure I was ready to read the words of someone just emerging on the scene. After a quick Google search of the title I call him Him and Scott W. Kimak, I was rewarded with a small tidbit of what this book would hold, the author's writing style, and a new lease on reading.

I dove in head first not knowing too much about what exactly I was diving into.

I read until I fell asleep the first night. And every day for the following week, I was so inspired to read, to figure out where the story was going, and which action-packed scene was waiting for me on the next page that I took every opportunity I could to read during the day each quiet moment I had during the day and fell asleep reading more the same night until I got to the last few chapters.

All of a sudden, despite the mystery driving me to absolutely devour this book, I didn't want the book to end. I didn't want to find out who He was, or how the story concluded. I just wanted to fully enjoy that I was fully enjoying reading again and that I had no idea what was going to happen next.

This book gave me hope for the future of distopianistic novels all the while highlighting the lesser written form of battle - the deciplined and fine art of kung-fu.
Read more
One person found this helpful
Helpful
Comment Report abuse

Christopher Hopkins
4.0 out of 5 stars Bloody and Inspiring Tale of Faith and Effective Killing
Reviewed in the United States on July 20, 2020
Verified Purchase
This is a great ‘good vs. evil’ story set in a post Apocalyptic world. The use of setting (south Texas in this case) and the world of Kung fu (the author is a Kung fu master) make the story unique. Though the story is relatively short, the characters are complex and developed quite well. There are many parallels drawn between this postwar world and the world we live in today (in my opinion). Not only am I looking forward to the next book in the trilogy, but I am inspired to become a better person . Thank you shifu Scott!
Read more
2 people found this helpful
Helpful
Comment Report abuse

juan l soto
5.0 out of 5 stars Amazing story!!
Reviewed in the United States on August 2, 2020
Verified Purchase
The storyteller delightfully immerses your imagination into a post apocalyptic world were humans are slaves to demons. The author does a wonderful job of combining the forces of good and evil with the struggles of the main characters. The characters are very well developed and grow along with the story. Kung Fu is a focal point in the story that makes every battle explode in your mind as you cannot get enough action but also highlights a holistic discipline.
Definitely recommend this book.
Read more
Helpful
Comment Report abuse

J. W. West
5.0 out of 5 stars Fantastic post apocalyptic story
Reviewed in the United States on August 18, 2020
Verified Purchase
Very well written, nice paperback quality, and story was super exciting. I will definitely be getting the next books in the series and following Scott for any future books.
Read more
Helpful
Comment Report abuse

Dezirie Cavazos
5.0 out of 5 stars A Definite Must Read!
Reviewed in the United States on July 15, 2020
Verified Purchase
This is an amazing story that takes you into a post-apocalyptic world where humanity has lost all hope and the fight between good and evil weighs favorably towards the latter. This book has incredible character development and even more incredible imagery. You will definitely find yourself side by side with HIM as he battles. I can't wait for the next book!
Read more
Helpful
Comment Report abuse

Diana Kimak
5.0 out of 5 stars Riveting storyline!
Reviewed in the United States on July 8, 2020
Verified Purchase
This storyline is out of this world GOOD! Once I began reading it, I couldn't put it down. It left me wanting to know what was going to happen next. Cant wait for the 2nd book to come out, I have to know what happens....Absolutely high recommend!!
Read more
Helpful
Comment Report abuse

Margarita Canales
5.0 out of 5 stars A great escape into your imagination.
Reviewed in the United States on July 14, 2020
Verified Purchase
This was an amazing book! Definitely a page turner. I couldn’t put it down, at the same time I didn’t want it to end. I hope they make a movie out of this series in the future.
Read more
Helpful
Comment Report abuse

Cyranthis
3.0 out of 5 stars I call it: Narration. Stop telling us and show more.
Reviewed in the United States on August 18, 2020
This book is okay but frustrating. Any Anime fan will instantly see the Fist of the North Star in this and some Vampire Hunter D but the worst parts of all of them. The silent "HIM" is pretty much perfect and can do anything, dresses all in black, carries two swords. He would have been perfect for the various anti-heroes of the '90s

Nearly everything is a narration in this book, it tells us everything that happens, but doesn't really show very much. Also. I. I shows up way too much. The tense changes in the book become frustrating, if one character is the main point of view, we should stick with that one character. We shouldn't know anything else going on in the world when the book insists on sticking with the first-person point of view. Instead, we go from I, to someone else, to another person, back to I.

The font changes randomly throughout the book as well. Sometimes its standard then there are whole sections that are italicized for no reason I can see. Why?

Him gets a backstory, of course the wife he lost was "Perfect" and the Daughter was a "Princess on the rise" It's so generic I bet you've seen it a million times, the revenge thing too. Again its all flashback, no show.

The straight good vs evil storyline was too boring for me. Reading this book was a chore, thankfully I got through a promotion. Demons, Satan? Does nuclear destruction unleash hell, something? Honestly, I got lost pretty quick, there was too much plot and not enough story.

I really tried to care about this story but the endless internal narrations. The generic good and evil nonsense, the "God is bad because of pain" angle. The nasty catholic rape backstory one of the characters goes through that, as terrible as it is, means nothing in the end, its just for shock value. Cringe filler is nasty.

If you can take this style of writing, you might find some interest in this story. I couldn't do it. The book had no hooks in it. I didn't care about anyone.

Three stars. It's just okay, it could have been a lot better in a lot of ways.
Read more
4 people found this helpful
Helpful
Comment Report abuse
See all reviews