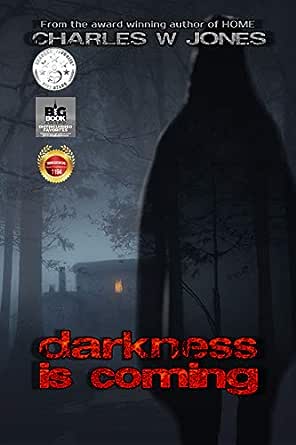 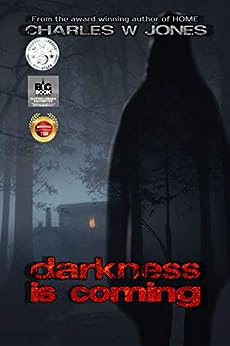 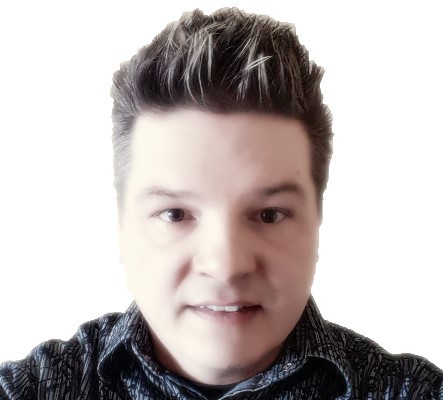 Reviewed By Robert A. Groves for Readers' Favorite
Charles W. Jones's Darkness is Coming is a suspense mystery that captures the reader's attention immediately. Jess has just purchased a house on Scarlet Lane. But the excitement of having a new residence quickly melts into fear. She and her family are disturbed by strange noises and even ghosts! Worst of all, Jess learns that a young girl died in the house and it was not from natural causes. Then Mason enters, just released from prison. It turns out that the house Jess has purchased is Mason's childhood home. However, he is unaware of all the unusual happenings and fears the house contains. Mason has been sent there specifically by his employer to accomplish a task. When Jess and Mason team up with a surprising figure, a plan is developed and set in motion to rid the house of the beast tormenting its residents.

From the first paragraph of Darkness is Coming, Charles W. Jones had my attention. I have not bitten my nails in years, but this complex and well written plot was a nail biter throughout. The characters, Jess and Mason, are individually strong alone and amazing together. Just when I thought I was settling into a steady pace with the story's events, Mr. Jones would throw in a curve ball and I would be spinning again with excitement and fear. It was easy to perceive what each character was feeling and experiencing. But, the absolute best part of the book was the plan to rid the house and town of the beast the house held. You will not want to miss the ending to this plot! If you are a mystery connoisseur, then this is your book!

Charles W. Jones grew up in the small town Shoshoni, WY, and he managed to break free from its grasp with his soul intact. Growing up in a small town scared him to death most of the time. It’s very dark at night – really dark. To top it off, it is full of ghosts; well, that’s what Charles thought when he was kid. Turns out it was just the constant wind blowing dirt and tumbleweeds. Two of Charles’ novels are set in Shoshoni, Dreamwalker: The Second Plain and HOME A Novel. --This text refers to the paperback edition.

3.6 out of 5 stars
3.6 out of 5
2 customer ratings
How does Amazon calculate star ratings?
Amazon calculates a product’s star ratings based on a machine learned model instead of a raw data average. The model takes into account factors including the age of a rating, whether the ratings are from verified purchasers, and factors that establish reviewer trustworthiness.
Top reviews

D.L. Finn
4.0 out of 5 stars An Intriguingly Scary Tale!
Reviewed in the United States on October 12, 2018
Verified Purchase
This is a horror tale told from the past and modern times, with a bit of everything including: witches, hauntings, demons, romance, and mystery. I enjoyed the two timelines of the same town that met up at the end. There was the progression from when the town was formed by three families in one prospective. In the current timeline was Jess, a widow, and her two children who were new to this town. She buys a house where strange things begin to happen. In another point of view in the current timeline is Mason newly released from jail who grew up in the house Jess bought. Mr. Jones goes back and forth between the past and 2017 adding new information to explain the current events. I found the story line well thought out and interesting. The demon/beast was terrifying to me and nothing I’d want to ever run into. There were a couple of little editing issues that jarred me a moment when I was reading, but nothing that kept me from wanting to continue with this intriguing tale. I thought of “The Exorcist”, “Poltergeist” and other scary tales as I was reading. If you like a good scare with the history behind it, this book has it and more.
Read more
One person found this helpful
Helpful
Comment Report abuse

Cranky TBC
3.0 out of 5 stars Overall a good read
Reviewed in the United States on July 10, 2018
3 Cranky Stars
Darkness is coming is one of those books that you have really pay attention to.

And know a bit of American history.

And then pay attention some more.

t is set in multiple time periods, but one basic geographical location (THANK GOD). This was rather annoying in the first few chapters because you had NO IDEA why you were jumping around in time and who the heck these characters were..... but eventually I saw the link between the characters and it made sense. Somewhat.

Anyhoo, once you get into it, it's a fairly straightforward tale of witches, demons, love, and murder. There are some interesting characters, though some seemed a bit more fleshed out than others. I did initially have trouble keeping the names of characters straight and their personalities within the same time frame. But, I'm also usually reading about 3 books plus an audiobook at one time, so sue me.

I think this is a pretty good YA read and if you are an American history teacher who is teaching about the Salem witch trials I think you could easily assign this as a reading and for group discussions. Not to say that it is dry and boring, but rather that it does a good job of relating the history to characters that could be real people. There is a bit of human experience learning in there as well, particularly as you jump between time periods but still find the same types of people.

Overall, it was a good read, if a bit slow to start.
Read more
Helpful
Comment Report abuse
See all reviews from the United States