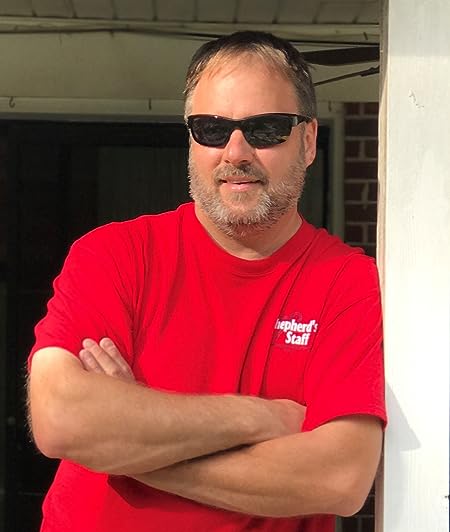 Nathan Bush is the author of The Foley Chronicles: Files from the 8th District, what he calls a faith-based crime series, with an attitude. He also writes the short story series, The Foley Chronicles: Dark Side of Foley. His blog is where where he shares short stories in various genres, life ramblings, a few book reviews, an occasional devotional, and some insight on life with an ASD child.

He has been writing since high school, where he was involved with the school newspaper and literary magazine, but didn’t publish his first full length novel until 2016.

While he has yet to break into mainstream fandom, or received accolades or awards, he has published an article in Indie authors Monthly (April 2018), and multiple short stories and a poem for the RAC Magazine.

His goal in writing is simply to entertain his readers and to grow a loyal fan base to spread the word about his stories.

Become a member of his FANmily by following him on-

And buys his books @ author.to/NathanBushAuthor

He currently resides in Alabama with his wife, their five children, and other family members. 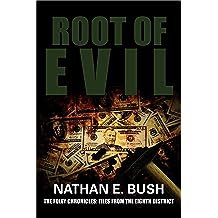 Root of Evil (The Foley Chronicles: Files from the 8th District Book 2) Jun 12, 2017
by Nathan Bush
( 1 )
$2.99
Detective Quin Butler is the new guy in the Homicide Division of Foley's 8th District. He isn't in town long when he and his partner, Senior Detective John Filcher, draw their first case together.

A man is found bludgeoned to death and his motel room ransacked. Nothing at the scene suggests what the killer was after. To add to the mystery, his body is riddled with odd-shaped markings. As they work the investigation, new evidence in a cold case comes to light and makes life even more hectic for the pair.

Trouble abounds for Quin in his personal life when he meets a beautiful woman, who happens to be an old friend (old flame?) of John's. Why is John so protective of her? What circumstances caused her to leave Foley in the first place?

When the answers come, will Quin second guess his decision to pursue her against John's wishes?
Read more
Other Formats: Paperback 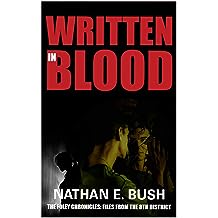 Written in Blood (The Foley Chronicles: Files from the 8th District Book 1) Jul 17, 2016
by Nathan Bush
( 14 )
$0.99
One man is looking for redemption. One man is looking for revenge. Which one will find it first?
Join Detective Kennedy Collins and John Filcher as they attempt to track down a killer with an insatiable appetite for destruction and a desire to ruin Ken's life. Read along as John, a devout Christian, seeks to lead Ken to a lasting relationship with his Creator. Feel the anguish as Ken struggles with his dad's recurring illness, as well as his own mental and physical issues, and burgeoning questions about his Eternal security.

Throw in a budding romance between Ken and a beautiful coffee house cashier, a bureaucratic watchdog known as the "Special Crimes Division" established by the Governor, and some insight into the mind of Eddie, a serial killer bent on revenge, and you might just have a book worth reading.

Will Ken and John find the killer before more victims die? Will Eddie make good on his vow to destroy Ken? Will the 'Special Crimes Division' make a move to take the case away from the detectives from the 8th District? Will Ken accept the Truth that can change his life forever?
Read more
Other Formats: Paperback 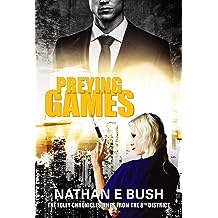 Preying Games (The Foley Chronicles: Files from the 8th District Book 4) Jul 12, 2020
by Nathan Bush
( 2 )
$2.99
She's on the hunt, and Foley will be her preyground.Amy is a tech savvy blogger who is tired of being trampled on by men. Utilizing her considerable technical skills, she concocts a plan to rid Foley of its aristocracy by drawing them into a deadly game of seduction. Namely, men of power and money. Men who think they're above the rest of society. Men who are out for themselves.Detective Shelby Lynn joins the 8th District Homicide Squad and is immediately thrust into an untenable situation when she's partnered with the disagreeable Detective Berg Anderson. They soon team with Senior Detective John Filcher and Detective Quin Butler on a case, which quickly turns into more than a simple murder investigation. The team encounters crime scenes that aren't what they seem, bugs, drugs, newspaper editorials, a possible copy cat killer, one of their own in trouble, and much more.Can the Homicide Detectives of the 8th District stop this killer before she eliminates her lengthy list of prey?
Read more
Other Formats: Paperback 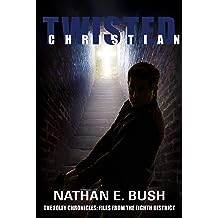 Twisted Christian (The Foley Chronicles: Files from the 8th District Book 3) May 17, 2018
by Nathan Bush
( 4 )
$2.99
Verdugo, a man with a skewed view of scriptural interpretation, believes he has been chosen by God to pour out His judgment on the men responsible for a young girls death and bring justice to her and her family.Detectives Berg Anderson and John Filcher are thrust together to find him. One is a self-proclaimed non-believer; the other, a professed Christian.How will the non-believer handle being saddled with a true Christian for a partner? Will Verdugo be able to complete his mission before he is captured or killed? Or will the Homicide Detectives succeed in stopping him before the body count gets out of control?
Read more
Other Formats: Paperback 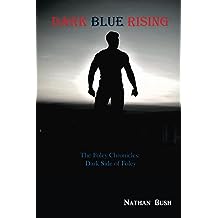 Dark Blue Rising May 17, 2018
by Nathan Bush
( 2 )
$0.99
Two men from opposite sides of the street are on a collision course. One is living a good life, with a loving family in tow. The other is staggering along, fueled by drug addiction and haunted by his past.

What happens when their paths cross will change one's destiny and possibly end the other's existence.
Read more
Other Formats: Paperback