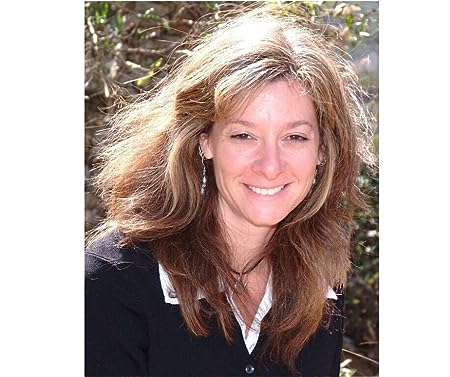 Cecilia is an up-and-coming eclectic author with a formal background in psychology, counseling and educational psychology, plus more ancient healing wisdom rooted in shamanic, energy, and nature-based traditions such as Native American, Toltec Eagle Knight lineage, kundalini yoga, Buddhism, Universal Shamanism, energy, sound/frequency, and crystal healing. In 2000 she had a powerful awakening, a catalyst to fully embracing and nurturing her intuitive and psychic connection to the natural and invisible worlds, all of which is evident in her writing, coaching, and teaching. As a preteen, Cecilia discovered a love for writing that started with poetry and has evolved into short stories, children's books, non-fiction, and fiction. 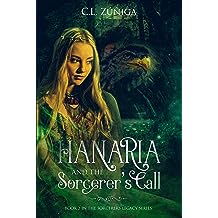 HANARIA and the Sorcerer's Call: Book 2 in The Sorcerer's Legacy pentalogy Apr 7, 2021
by CL Zúñiga
( 2 )
$3.05
To some, the appearance of an ominous black eagle signals the awakening of an ancient prophecy that will change the fate of their world forever. To Hanaria, it means even more supervision from her father’s suffocating apothecary. When she finally manages to escape his watchful eyes, she makes her way deep into the woods, chasing after the source of a haunting call.
She thought she’d be home by nightfall, but instead, she finds herself compromised in a strange land, lost and alone. Can Hanaria trust the old woman who takes her in or has she fallen into the sorcerer’s evil trap?
Read more
Other Formats: Paperback 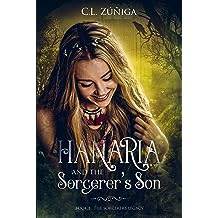 HANARIA and the Sorcerer's Son: BOOK 1 in The Sorcerer's Legacy series Apr 8, 2020
by C.L. Zúñiga
( 9 )
$1.99
When the restless princess Hanaria sees an ominous glow in the night sky, she disregards the Advisor’s warnings and follows a hidden passage into the restricted Wild Woods to discover its source. What she encounters leads her into a world of ancient legend, sorcery and secrets that hide her true identity. By the next morning, she has mysteriously forgotten everything, but the residue of fire ash on her boots ignites her wonder…and that of the sorcerer’s son.

And so begins Hanaria’s powerful adventure into fate, love, doom and destiny. With nothing but her trusty blade and reluctant handmaiden for help, she must navigate mysterious dreams, ominous encounters and a growing restlessness to discover the truth of who she really is.
​
HANARIA and the Sorcerer's Son introduces readers to The Sorcerer’s Legacy series which tells the tale of protagonist Hanaria, a young maiden whose life is abducted one fateful night centuries before she is ever conceived. Generations of secrets later, her identity is kept masterfully hidden, concealed to save the people from darkness, and she is thrust into a quest of uncovering the truth of who she is to save all she loves. Can she uncover the secret that masks her true identity to meet her powerful destiny? The fate of everything dear to her depends on it.

For all readers ages 12 to 18, with 24 chapters and images, a territory map, a glossary and a sneak peek into BOOK 2 - Hanaria and the Sorcerer's Call. 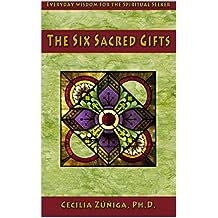 The Six Sacred Gifts:: Everyday wisdom for the spiritual seeker Sep 22, 2012
by Dr. Cecilia Zuniga
( 5 )
$3.50
Life is a journey that can be enriched as a spiritual one – an opportunity to grow your capacity to give and receive love unconditionally. Along this journey, there are six core aspects that are a common, if not essential, part of almost everyone's experience. The challenge is that these core aspects can easily become obstacles that stop you when you don't understand their role in moving you forward.

With endless choices to make along the shifting landscape of your life, how do you find the roads that lead you in the direction you want? How do you know you are on the right path or when it is time for change? These are the kinds of questions explored in The Six Sacred Gifts. You learn how to read six key road signs and understand where they are pointing to make your adventure easier and more fulfilling. Whether you are new on your path or far along, in familiar territory or treading on completely new soil, The Six Sacred Gifts is like a trusted companion you can lean into for company and guidance on the yellow brick road of your Life.
Read more
Other Formats: Paperback 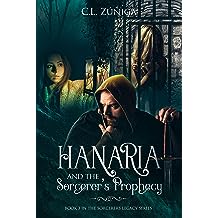 A mysterious stranger delivers Hanaria’s body to the castle fifteen days after her disappearance. When the guardsmen see that it is the Princess laying on the stranger’s makeshift lift—pale, dirty, and lifeless with a bloody head wound, they become suspicious and move to arrest him. The stranger escapes into the woods. Delbreth, the King’s manipulative apothecary, claims Hanaria bears a curse from the evil Black Knights that will destroy them all unless he can break it. With nowhere else to turn, the King looks to Delbreth for protection, granting him more power over his territories. Who can uncover the truth and stop Delbreth from carrying out his wicked plan? Someone must, or the Prophecy will be fulfilled and there will be no one to stop the rise of darkness. 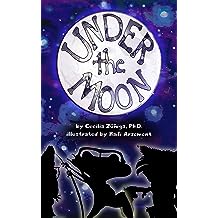 Under The Moon Aug 13, 2020
by Cecilia Zúñiga, Haili Arsement
$3.50
This unique book is a perfect bedtime story to get your toddler ready for bed. Every page is beautifully hand illustrated with engaging images that any youngster will enjoy. The story is a "guessing game" that introduces kids to nocturnal animals and the sounds they make without being overly stimulating, and leads them straight to their own bed. It is a fun bedtime story sure to become a favorite!
Read more