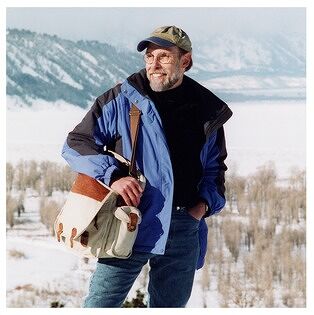 by Wendell Minor (Author, Illustrator)
4.9 out of 5 stars 40 ratings
See all formats and editions
Sorry, there was a problem loading this page. Try again.

In amazingly lifelike, luminous paintings, Wendell Minor, one of America’s finest wildlife and landscape painters, reveals the variety of animals that surround us when we are awake and when we are sleeping.

Minor’s vivid introduction to diurnal (daytime) and nocturnal (nighttime) creatures invites readers to experience the movements, sounds, colors, and textures of nature. By day a red-tailed hawk soars through sky, and by night a barn owl silently swoops through it. In the daylight a family of fluffy cottontail rabbits hops into a field to forage for food, and under starlight a family of pink-nosed opossums does the same. As day turns to night and night to day, amazing critters large and small come and go. Children will enjoy comparing and contrasting the roaming habits of the wonderful wildlife that surrounds us.
Read more
Previous page
Next page

PreS-Gr 2—This gorgeous picture book provides a look at animals that are active during the day (diurnal), those who come out at night (nocturnal), and a few that appear at sunrise or twilight (crepuscular). Minor relies on simple, lyrical text ("Speedy gray squirrel scurries all day in search of acorns to store for winter.") and stunning, full-color paintings to share characteristics of each creature, as he takes readers from day to night and back again. Many of the critters will be familiar to children (rabbit, deer, skunk), while several are lesser known (opossum, flying squirrel, luna moth). The use of comparisons and contrasts will be especially helpful in classroom settings, but browsers will also be attracted by the appealing, realistic illustrations. There are two pages of "Fun Facts" appended, which include thumbnail illustrations of the 22 animals, along with some interesting additional information for the most curious. VERDICT This lovely title should find a spot in all collections and will likely inspire greater outdoor observation and appreciation.—Sara-Jo Lupo Sites, George F. Johnson Memorial Library, Endicott, NY

* “Gorgeous. . . . Minor relies on simple, lyrical text and stunning, full-color paintings to share characteristics of each creature, as he takes readers from day to night and back again. Many of the critters will be familiar to children, while several are lesser known. . . . Appealing, realistic illustrations. There are two pages of “Fun Facts” . . . with some interesting additional information for the most curious. This lovely title should find a spot in all collections and will likely inspire greater outdoor observation and appreciation.”—School Library Journal, starred review

“An album of contrasts. . . . The attraction of this invitation to explore daytime and nighttime worlds is visual: appealing gouache-and-watercolor animal portraits display Minor’s characteristic use of light and color, meticulous detail, and appreciation for nature. . . . For storytime or laptime, another beautiful rendition of the natural world.”—
Kirkus Reviews

“Minor’s bucolic imagery suggests abundant space for humans and wildlife alike, and even if this green world is not an everyday reality for all readers, Minor’s gentle scenes will draw them in.”—Publishers Weekly

Wendell Minor’s mission is to inspire children to go out into the fields, woods, and mountains to see wildlife in its natural habitat and gain a positive perspective on the world’s beauty. He has traveled all over the United States to research the art for his many novel jackets and picture books, which include How Big Could Your Pumpkin Grow?, My Farm Friends, The Buffalo Are Back (by Jean Craighead George), Look to the Stars (by Buzz Aldrin), and If You Were a Penguin (by Florence Minor). His paintings are in the permanent collections of the Norman Rockwell Museum, the Museum of American Illustration, the US Air Force, the US Coast Guard, and NASA, and he had a major retrospective, Wendell Minor’s America, at the Norman Rockwell Museum in 2014. He lives in Washington, Connecticut. Visit him at www.minorart.com.
Read more

Wendell Minor is the author and/or illustrator of nearly fifty award winning books for children. He has collaborated with many accomplished authors, among them Newbery Award winning naturalist Jean Craighead George, Charlotte Zolotow, Mary Higgins Clark, Robert Burleigh and astronaut Buzz Aldrin. Several of his books, including two with Buzz Aldrin – Reaching for the Moon and Look to the Stars, and Mary Higgins Clark's Ghost Ship - were New York Times bestsellers.

In addition to children’s books, his illustrations and design have enhanced over 2000 works, including the covers of David McCullough’s Truman, John Adams and 1776, Pat Conroy’s The Prince of Tides and South of Broad, and To Kill a Mockingbird by Harper Lee.

Wendell’s paintings have been widely exhibited, and can be found in the permanent collections of the Norman Rockwell Museum in Stockbridge, MA, the Library of Congress in Washington DC and the New Britain Museum of American Art in CT, to name just a few.

Wendell’s collaboration with his wife Florence, If You Were a Penguin, was the 2009 selection for Pennsylvania’s One Book, Every Young Child early literacy program. He and Florence live and work in Connecticut. www.minorart.com

Putney Tracks
5.0 out of 5 stars Granddaughter loves it!
Reviewed in the United States 🇺🇸 on January 5, 2019
Verified Purchase
The drawings are beautiful, and my 1 1/2 year granddaughter loves me and her parents reading to her.
Read more
Helpful
Report abuse

Daylight Starlight Wildlife is a beautiful work of art which reminded me of bedtime classics for young children such as Time for Bed by Mem Fox and I Love You as Much… by Laura Krauss Melmed and illustrated by Henri Sorenson. I never tired of reading these books which featured soft lilting rhymes while gazing at the gorgeous illustrations magically capturing a wide variety of wildlife on full page spreads.To be clear though… Daylight Starlight Wildlife is NOT a rhyming book.

Not only is Daylight Starlight Wildlife an absolutely beautiful book to thumb through but it is educational as well. Animals are depicted in their natural habitat engaging in behavior at the appropriate time of day. Children will see a majestic red-tailed hawk soaring high into the sunny sky and will flip the page to see a barn owl flying in the night sky with a bright full moon in the background. I love the inclusion of some more “unusual” animals such as the flying squirrel, the luna moth, an adorable family of opossum, and a bobcat and her kitten. It’s a bit of a shame that there were two different varieties of owls instead of a completely different animal (a bat anyone?), but there is still quite the diversity of animals depicted in the book with some of their key features described through the text.

I highly recommend this beautiful picture book as a bedtime book for children ages 3 to 8 and would think that it would be a great choice as a read-aloud book in a kindergarten or early elementary school class.

* I received a copy of this book free-of-charge from Penguin Books in exchange for my honest opinion. All opinions expressed are my own.
Read more
3 people found this helpful
Helpful
Report abuse
See all reviews