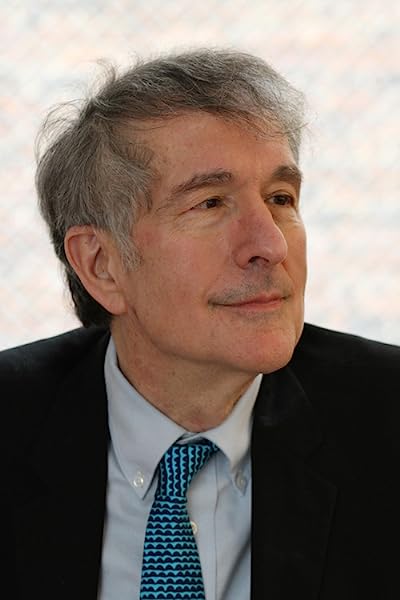 Frames of Mind: The Theory of Multiple Intelligences Paperback – March 29, 2011

by Howard E Gardner (Author)
4.6 out of 5 stars 431 ratings
See all formats and editions
Sorry, there was a problem loading this page. Try again.

The book that revolutionized our understanding of human intelligence.

Howard Gardner's theory of multiple intelligences has been hailed by educators for decades and applied in hundreds of schools worldwide. In Frames of Mind, Gardner challenges the widely held notion that intelligence is a single general capacity possessed by every individual to a greater or lesser extent. Amassing a wealth of evidence, Gardner posits the existence of eight different intelligences, each as important as the next, that comprise a unique cognitive profile for each person. In this updated edition, the author reflects on thirty years of work on Multiple Intelligences theory and practice.
Read more
Previous page
Next page

"The value of Frames of Mind is less in the answers it proposes than in the problems it poses. They are important problems, and time spent thinking about them will be time well spent."―The New York Times

"Timely, wide-reaching and in many ways brilliant....[Gardner's] effort to bring together the data of neurology, exceptionality development, and symbolic-cultural skills is not only heroic but it makes extremely evocative reading."―The New York Review of Books

"Mention Howard Gardner's name to a growing cadre of educators and the response verges on the reverence teenagers lavish on a rock star. The cult of Gardner began....with his book Frames of Mind."―Newsweek

"Because of [Frames of Mind] Gardner is both lionized and exploited as one of the most famous educational theorists in the world. His notion of multiple intelligences-including the idea that musical, athletic, and other talents are separate from, but as important as, high SAT scores-has inspired scores of books, journal articles, conferences, and lesson plans for public schools."
―The Washington Post

Howard Gardner is the John H. and Elisabeth A. Hobbs Professor of Cognition and Education at the Harvard Graduate School of Education and Senior Director of Harvard Project Zero. The author of more than twenty books and the recipient of a MacArthur Fellowship and twenty-one honorary degrees, he lives in Cambridge, Massachusetts.

Howard Gardner is the Hobbs Professor of Cognition and Education at the Harvard Graduate School of Education.

With the first edition printed in 1983, some vocabulary and research used in the analysis might be out of date, yet the principles remain completely relevant. The read maybe technical at times but the conclusions are insightful, and it is worth the effort. Despite the wide growth and application of the framework within education, culturally there is room to improve in identifying talents and supporting growth in areas beyond traditional thoughts about intelligence.
Read more
4 people found this helpful
Helpful
Report abuse

Reginald Williams
3.0 out of 5 stars A Classic, But Debatable, Pedagogical Concept
Reviewed in the United States 🇺🇸 on February 20, 2006
Verified Purchase
If you do nothing else with Gardner's book, please read it. It will impart ideas that you have not heard before in a clear, but scholastic, voice. Beyond that, please read with a suspecious eye.

Even though he presents the theory thoroughly, it resides within idealism and, in my opinion, removes itself from diverse cultural content.

I mildly disagree with his opinion that Piaget's cognitive thrust for logic-mathematical thinking does not apply readily to other domains (like musical intelligence). On the contrary, I think he uses that logic in reference to those individuals who learn other disciplines using the same order and precision that remains the hallmark of the mathematical discipline. If one forgets classical learning and allows it take on an aesthetic persona, I believe Piaget's assimilating, accomadating way of thinking allows anyone (the mathematician, artist, writer, athlete, etc.) to "construct" his environment. It's not an exclusive logioc-mathematical domain.

His entire idea of intelligence in general does not pay thorough enough homage to other cultures' values apart from the Western Hemisphere. "Solving problems" and "creating a prodcut" in the United States stand in the same genius shoes as recognizing faces among rainforest dwelling natives. It depends on who establishes the standard defintion of the word INTELLIGENCE.

I hold several other questions about his theory, but, in the end, how it applies to my teaching represents the whole purpose for reading it.

For me, I think this theory somewhat rationalizes and makes excuses for parents who do not prepare their children for school. It may act as a way to diversity teaching, not learning. The lack of skill in paying attention and maintaining proper decorum in the school gets written off as "teachers not teaching the child's learning style" rather than parents not preparing their children for formal education.

If parents guided and trained children to trust, explore, develop initiative, and be self-reliant, we would have not need to discussion "multiple intelligences" for most children would develop into competent contributing learners and citizens.

That's why this book is a classic.
Read more
17 people found this helpful
Helpful
Report abuse

Diego Zlotogora
4.0 out of 5 stars Intelligence: the other approach
Reviewed in the United States 🇺🇸 on July 8, 2015
Verified Purchase
This book describes the theory of Multiple Intelligences (MI) and was written in 1983 by its developer: Howard Gardner. According to him, there is no such concept as 'intelligence' but many fields in which you can be more or less intelligent. These 'intelligences' are basically seven: linguistic, musical, logical-mathematical, spatial, bodily-kinesthetic and personal. Each of them is developed to a certain degree in all human beings, except in those who are impaired due to an accident or a genetic disease. And these are particularly the cases that Gardner uses to prove his theory, by gathering data of individuals that, for example, in spite of being autistic, show an incredible musical talent or those individuals with meager abilities in most areas but display from early childhood an ability to calculate very rapidly and accurately.
Of course that this approach challenges the widely accepted (in the US mostly) IQ scores, because it shows that these tests focus only in one of the multiple intelligences,logical-mathematical in this case, and not all. So, they reach to a wrong conclusion of the individual's potential.
Read more
37 people found this helpful
Helpful
Report abuse

Dennis K.
4.0 out of 5 stars Interesting but difficult to read
Reviewed in the United States 🇺🇸 on November 3, 2020
Verified Purchase
Really interesting book with a fascinating concept.

It was kind of a difficult read due to the scientific jargon.
Read more
3 people found this helpful
Helpful
Report abuse

Marc. R.
5.0 out of 5 stars Stunning
Reviewed in the United States 🇺🇸 on May 30, 2008
Verified Purchase
For several years I thought of things that are studied by the howard gardner " Frames of Mind" So far the book has been more than I expected, and makes parents think about what they have to teach their kids at home, and how to realize the different types of perspectives towards dealing with children. A very important trait is the defenition of theory and hypothesis, intresting that the MI is known as a theory with so many people antagonizing with it.

kids have an amazing potential waiting to be revealed and the only way to do it is to understand personally all the "Frames " that form your children hidden capacity and potential.

When you read the book you realize and understand a lot of reactions and the effect of your knoledge over their learning skills.
The book is oriented to teachers, but who could better teach our own children than us.
Read more
12 people found this helpful
Helpful
Report abuse

Kathi Laughman
5.0 out of 5 stars Einstein's tree climbing fish story explained
Reviewed in the United States 🇺🇸 on March 23, 2019
Verified Purchase
Everyone is a genius, Einstein taught us. But if you judge a fish on its ability to climb a tree, it will spend its life feeling defeated. That's the second half. And that's the essence of this work. These insights not only liberate us to our best gifts - it also teaches us how to create space for others to do the same.
Read more
21 people found this helpful
Helpful
Report abuse

M. Edmiston
4.0 out of 5 stars Challenging and thought provocating
Reviewed in the United States 🇺🇸 on September 26, 2018
Verified Purchase
A pretty clear exposition of the theory that time is but a human artifact and that we need to move beyond the concept to hope to understand the universe. Not dense but does require close reading.
Read more
2 people found this helpful
Helpful
Report abuse
See all reviews

SH
5.0 out of 5 stars How wonderful our subtle physical make-up really is
Reviewed in the United Kingdom 🇬🇧 on August 31, 2016
Verified Purchase
Still reading it. It is everything I expected!! I'm still curious as to how many types of intelligence people have and how to access them. I learned a long time ago that we all have 12 types of intelligence. Isn't this just sooo curious?? Am fascinated that Daniel Coleman gained his insights from reading Howard Gardners book on Frames of Mind. Emotional Intelligence is important and can be used for the benefit of the self and others. How wonderful our subtle physical make-up really is!
Read more
3 people found this helpful
Report abuse